OPEC+ meets on Wednesday to determine whether they should increase oil output by an additional 400,000 barrels per day in March, as planned.  With rising tensions between Ukraine and Russia and with the price of WTI Crude Oil hovering near $88 and Brent Crude near $89.50, it would be difficult for them not to.

Russia continues to build up forces along the Ukraine border, amassing over 100,000 troops.  NATO continues to build up troops in Eastern Europe as well, ready if needed.  Russia claims to not want war, but to protect their security.  Many countries have their doubts, including the UK , who said that it is highly likely that Russia is looking to invade Ukraine.  If Russia does invade Ukraine, western countries have threatened sanctions.  However, some believe Russia may withhold oil to counter.  This uncertainty has been helping to drive up the price of oil.

In addition, it has been reported that some countries, such as Libya and Nigeria, have been unable to keep up with their quotas, thus adding to the supply side issues.  Countries that produce a surplus, such as Saudi Arabia will need to provide more oil to the markets.  Some traders are questioning how OEPC+ can raise output when OPEC+ can’t even keep up with current quotas.

On the demand side, raising output seems like the right thing to do.  Economies are re-opening.  In many countries, particularly in Europe, bans due to the Omicron variant are being lifted.  Travel restrictions are also being eliminated.  More people are able and willing to travel.  With the summer driving season right around the corner, OPEC will need to make sure oil demands are met. 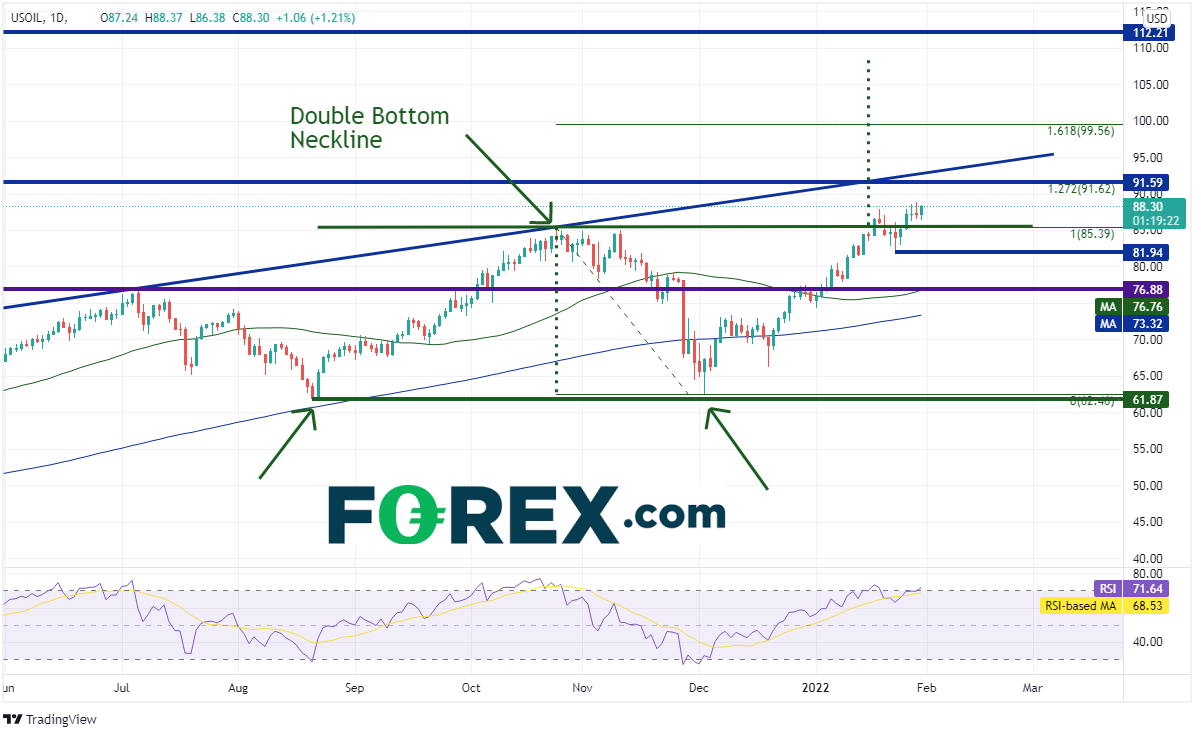 OPEC+ is likely to raise oil output this week by 400,000bpd as planned.  However, will this be enough?  With geopolitical tensions building in Russia, even an “as expected” result may not be able to keep oil prices from continuing to rise.