Probably not, but the improvement should help to keep the euro and stock bears away — for now.

After Mario Draghi strongly hinted at the prospects of a rate cut by the ECB earlier in the week, investors have been keen to find out whether the current economic situation warrants an even looser policy. Well, judging by the just-released June flash manufacturing and services PMIs from the Eurozone it is difficult to say whether a rate cut is warranted just yet, for the data was actually not bad. In fact, the French numbers were very good with the services sector activity expanding at a progressively faster pace for the third month and manufacturing for the second straight month. The German manufacturing PMI remained below the boom/bust level of 50.0 but at least we had a better-than-expected reading here, too.

What does it mean for the ECB, rate cut prospects and markets?

Essentially, today’s PMI data should help to reduce the need for an immediate rate cut by the ECB as there are signs that economic activity is slowly picking up. That being said, further improvement in data is needed to materially change the outlook again, especially on inflation and employment fronts. But today’s data should help to keep the euro bears away, meaning the short-covering rebound could continue — especially in light of the Fed’s dovish policy statement in midweek, which could keep the dollar undermined. Meanwhile, the likes of the German DAX index could remain supported for now as the slight improvement in the PMI data is unlikely to cause a complete rethink from the ECB while at the same time it should help to reduce recession fears marginally.

The EUR/USD was up for the third consecutive day at the time of this writing after managing to find good suppport around 1.1200 earlier in the week. Once again it was testing the 200-day average at just above the 1.13 handle. At its previous several attempts, the EUR/USD failed to close meaningfully above this average, but could it do so now? If so, this would reduce the bearish bias, potentially leading to further follow-up technical buying in early next week. Meanwhile support is seen at 1.1250/55, the breakout point in mid-week. If this level fails to hold on a potential retest then we could see the resumption of the bearish trend. 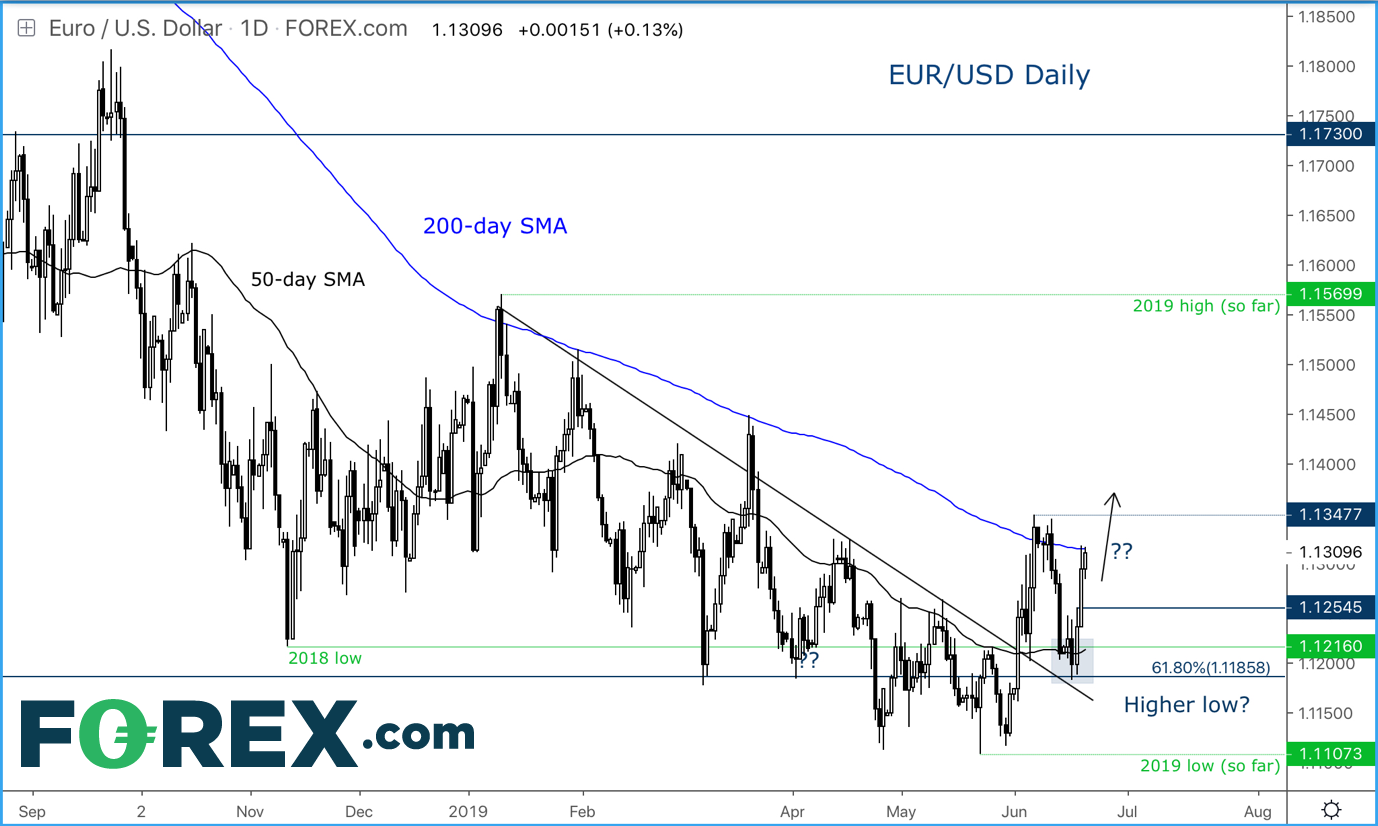