By :
Fiona Cincotta
,  Market Analyst
The pound is on the rise for the sixth straight session, extending gains by 0.3% at the start of the week versus both the euro and the dollar, as thin trading volume enhances action in the fx markets.

Pound traders are shrugging off the no deal Brexit concerns that caused sterling to pare post-election gains.


The UK is set to leave the UK on 31st January, entering a transition period whereby it will remain in the single market and customs union until the end of 2020. Boris Johnson has pledged to not extend the transition period, meaning that there is a tight timetable for complex UK/EUR trade negotiations. The EU Commission President, Ursula von der Leyen has expressed doubts that a trade deal can be reached within the time set out.


In the case that no trade agreement is reached the UK will leave the EU under WTO trade rules, a significant step down from the current arrangement and an arrangement that investors fear will negatively impact the UK economy.


Despite the recent rally in the pound, concerns over Brexit are likely to continue weighing on sterling heading into 2020.


Weakness in the dollar is also helping boost cable. Profit taking after a strong year, in addition to improved risk sentiment amid easing US – China trade tensions is boosting flows out of the safe haven greenback. US Chicago PMI’s up next. 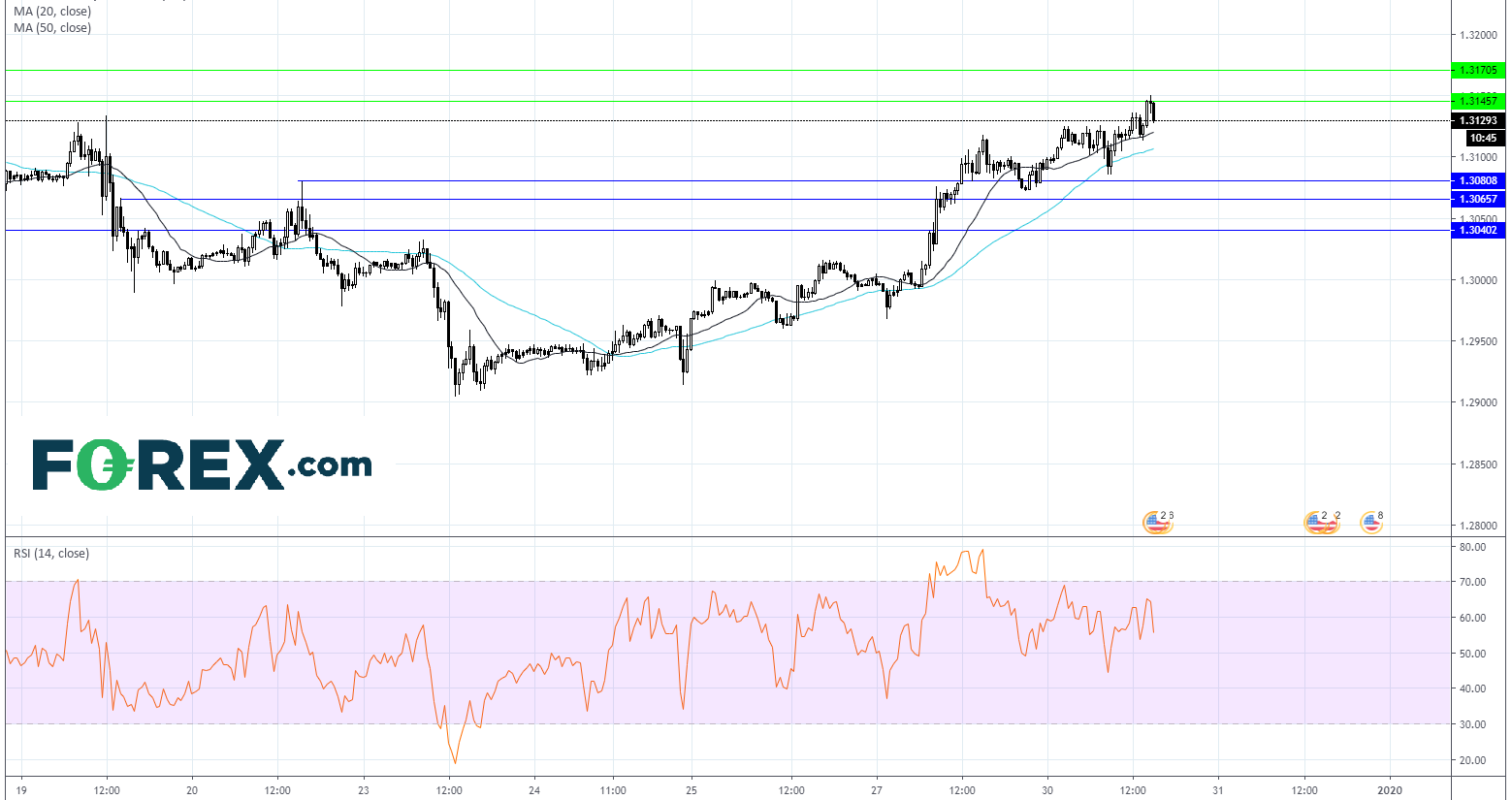