In an earlier report we flagged that USD/CHF had struggled to close above parity since May, and that we were watching for its potential to roll over back within range. Whilst it teased us near the end of November with an intraday run for the October high, the upside was short live before it keeled over. Therefore, the record stands: the Swissy has not closed above parity since May. Moreover, it appears further downside could materialise. 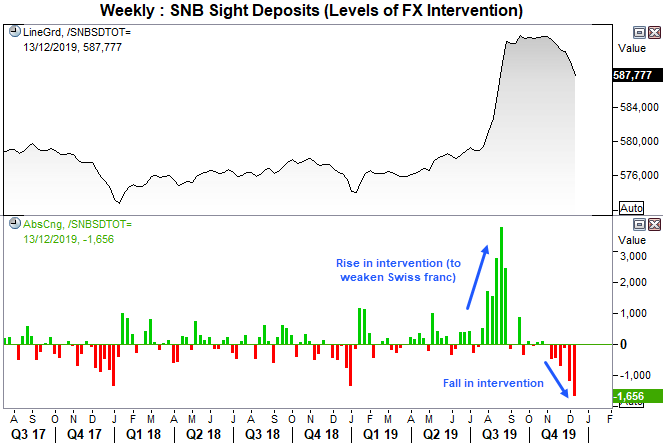 We know that seasonally, December tends to be a bearish month for USD/CHF. And as its fallen -1.9% since the hammer high late November, it certainly on track to follow this seasonal pattern. But we also note that sight deposits have been falling in recent weeks which can indicate SNB have been less inclined to intervene and weaken their currency, effectively giving traders a free pass at shorting other currencies against it. So, as we’re in a typically bearish month for USD/CHF, SNB appear less inclined to weaken the franc and the technicals appear bearish, perhaps short USD/CHF remains a contender. 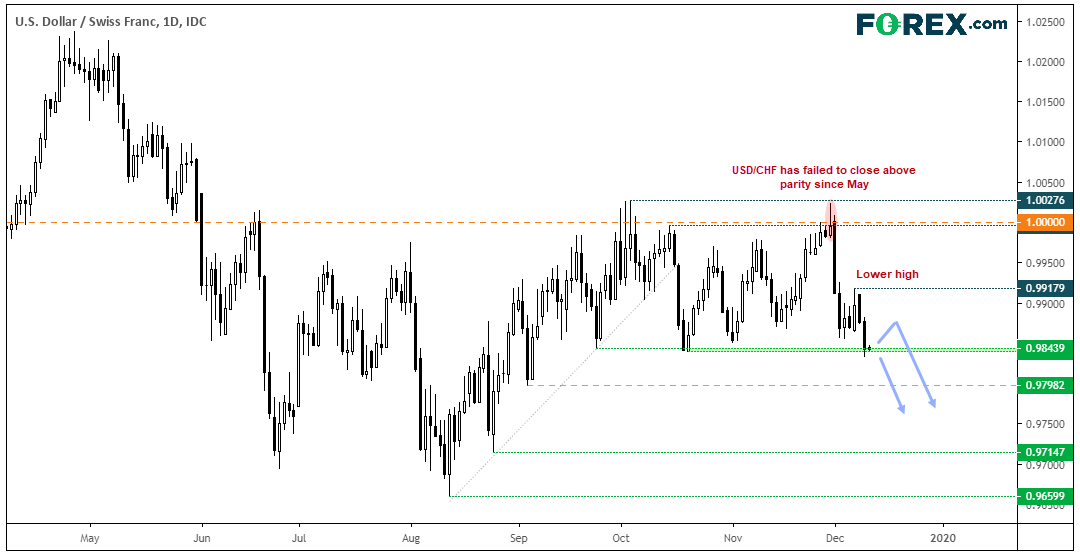 Momentum since the hammer has been decisively bearish, and a minor last week places a lower high at 0.9918. Prices are consolidating in a narrow range at key support, although that’s to be expected ahead of an FOMC meeting. Given the clear momentum shift from parity, the path of least resistance points lower.