Even if you haven’t heard of Modern Monetary Theory (MMT) yet, you’ll definitely get used to hearing the term in 2021.

According to Wikipedia, MMT is ‘a heterodox macroeconomic theory that describes currency as a public monopoly and unemployment as evidence that a currency monopolist is overly restricting the supply of the financial assets needed to pay taxes and satisfy savings desires.’ To be overly simplistic, it’s the view that government deficits don’t necessarily cause negative outcomes like inflation or defaults for countries that have their own currencies (such as the US, UK, or Japan, but notably not eurozone countries).

As you might imagine, any theory that postulates that governments can spend more money without negative repercussions is inevitably going to be popular among politicians, especially as the planet struggles to recover from a synchronized global recession. After all, if (nearly) balanced budgets aren’t necessary, what’s stopping politicians from ‘printing money’ to supply free college to all its residents, build out a national green energy program, expand its military or upgrade to cutting-edge infrastructure? Theoretically, nothing.

Regardless of your personal views on MMT’s validity, many developed governments have been engaged in unprecedented deficit spending, quantitative easing, and debt monetization in recent years. So, it will be critical to consider the market implications and longer-term impact of these policies in the years to come. As the charts below show, budget deficits in countries like the US and UK are expected to explode to multi-decade highs of nearly -20% of GDP as policymakers seek to address the economic damage of the COVID-19 pandemic. 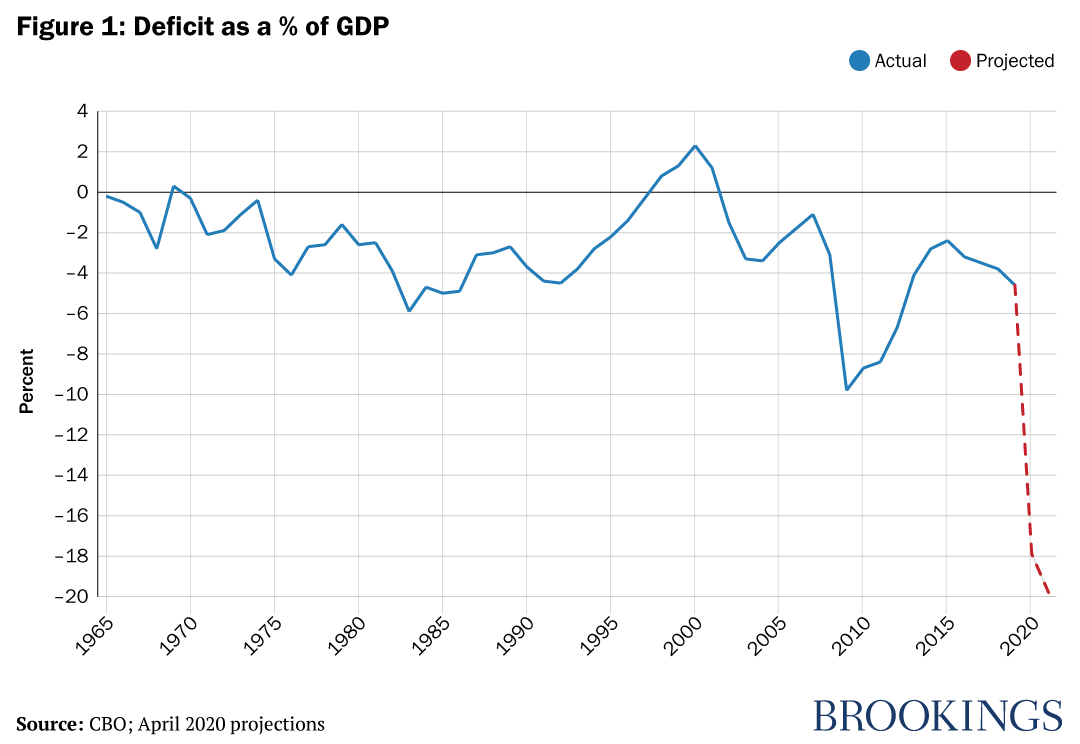 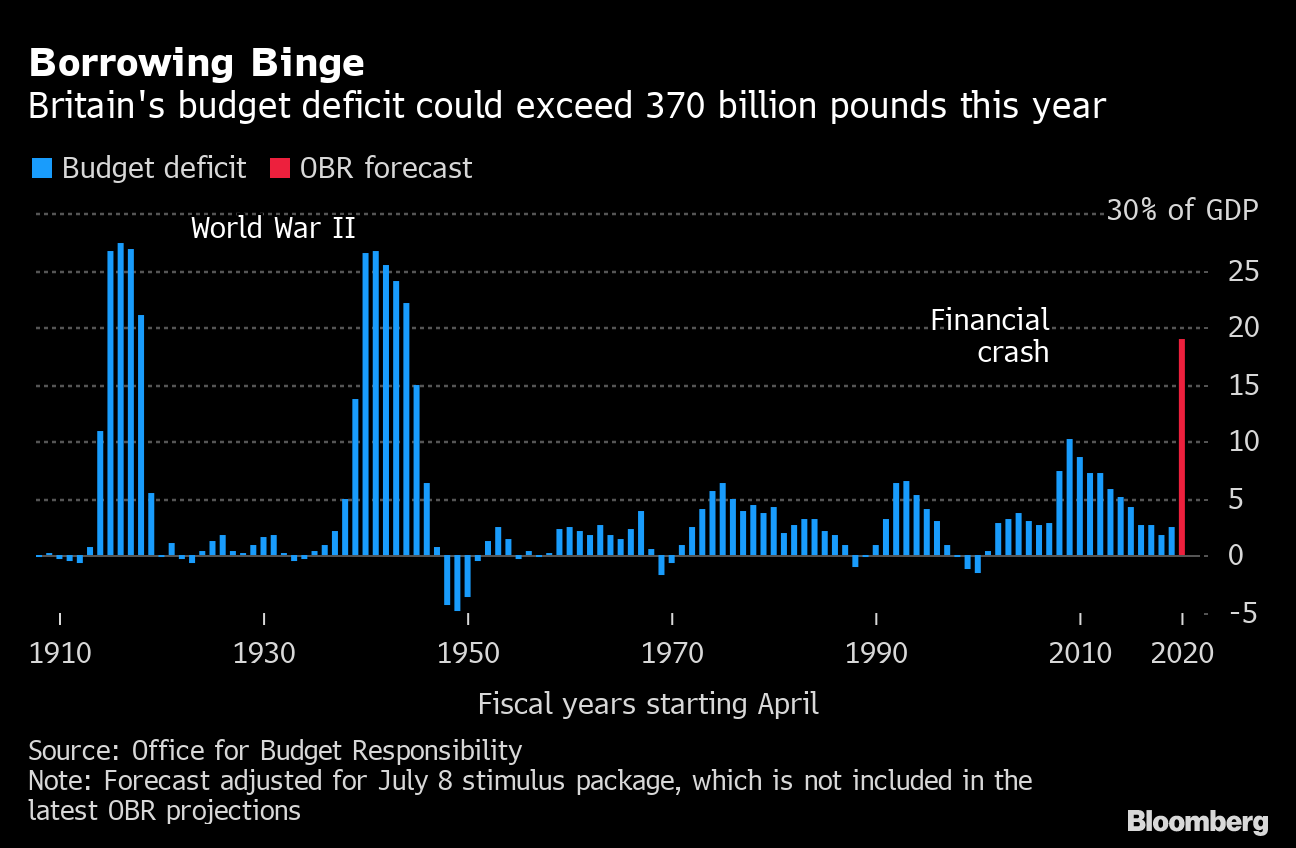 These literal ‘off the charts’ deficit figures are being mirrored across the developed world, raising a series of clear questions:

Each of these questions is impossible to answer definitively, but we can certainly make some inferences. When it comes to large deficits and debt loads, the quintessential case study is Japan. Whereas countries like the US and UK currently sport debt loads in the range of 80-100% of GDP, Japan has seen its debt load explode over the last 25 years to reach nearly 240%. 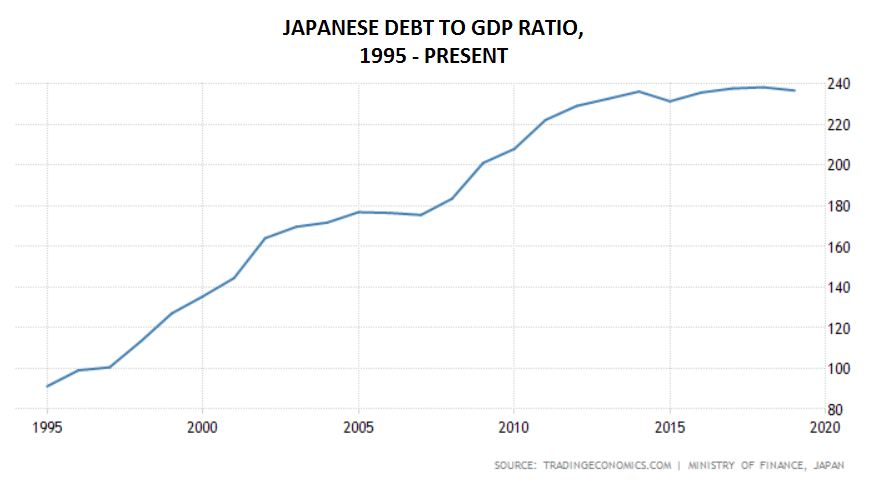 Over that period, Japan’s economy has stagnated somewhat, but it certainly hasn’t imploded or seen its currency collapse. The country’s GDP per capita, a measure of the living standard for the general populace, has held steady around USD $40k for the past 25 years. Meanwhile, Japan’s labor market has been the envy of the developed world, with the unemployment rate holding below 3% unemployment for the past three years, even despite COVID-19 disruptions.

Perhaps most surprisingly for hard currency zealots, inflation has been essentially non-existent, spending as much time in negative territory (outright deflation) as positive territory and never exceeding 4% per year over the last two and a half decades. 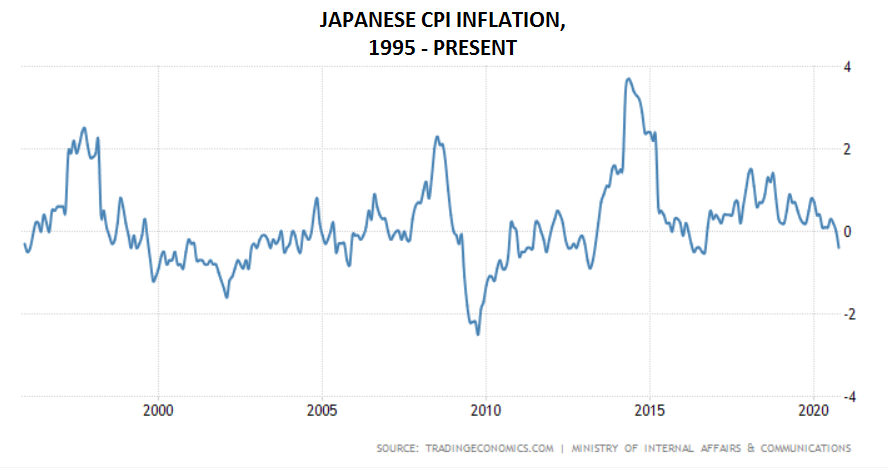 While each country’s demographics, economic policies, and societal structure are different, Japan’s example suggests that heavy deficit spending and rising debt loads across the globe may be more likely to lead to slow but stable economic output, low interest rates, low inflation and a reasonably strong labor market.

That brings us to our third, and most important question: What are the potential market impacts of surging deficits and debt across the globe?

When it comes to global stock markets, government deficits are generally seen as a tailwind. The boost provided by government spending, one way or another, usually finds its way into profits for corporations, whereas the current low interest rates make stocks relatively more attractive compared to bonds. This dynamic could change if inflation starts to pick up meaningfully or investors start to question the sustainability of government debt loads. But, as the Japanese example above shows, many Western countries may be able to pile up far more debt before that becomes a serious concern.

Currencies Theoretically, countries running smaller deficits and ‘printing’ less money should see their currencies appreciate against those of more profligate rivals. That said, many governments’ current deficit spending seeks to minimize the economic damage of the COVID-19 pandemic. So, in a way, larger deficits (if spent wisely) could lead to currencies appreciating in expectation of a stronger economic recovery in 2021 and beyond. Ultimately, FX traders need to weigh each currency’s situation individually and consider factors beyond just debts and deficits.

Commodities are denominated in currencies (most often the US dollar), so a greater supply of circulating currency would mechanically raise the price of most commodities, all else equal. While relationships like this never work out as well in the real world as in textbooks, commodities may be one of the biggest beneficiaries of accelerated debt and deficit spending across the globe.

Historically, interest rates have been one of the best predictors of total bond market returns. With interest rates subdued across the developed world, the total return of bonds in most developed nations is likely to be paltry and sensitive to any pickup in inflation. While bonds can still serve as a diversifying asset in the context of a broader portfolio, traders should keep their expectations in check.

Hopefully, this high-level framework will help readers navigate the unprecedented government debt loads we expect to see in 2021 and beyond. As you can no doubt see, it’s certainly a factor to monitor moving forward, but concerns about imminent economic and societal collapse remain hyperbolic for now.