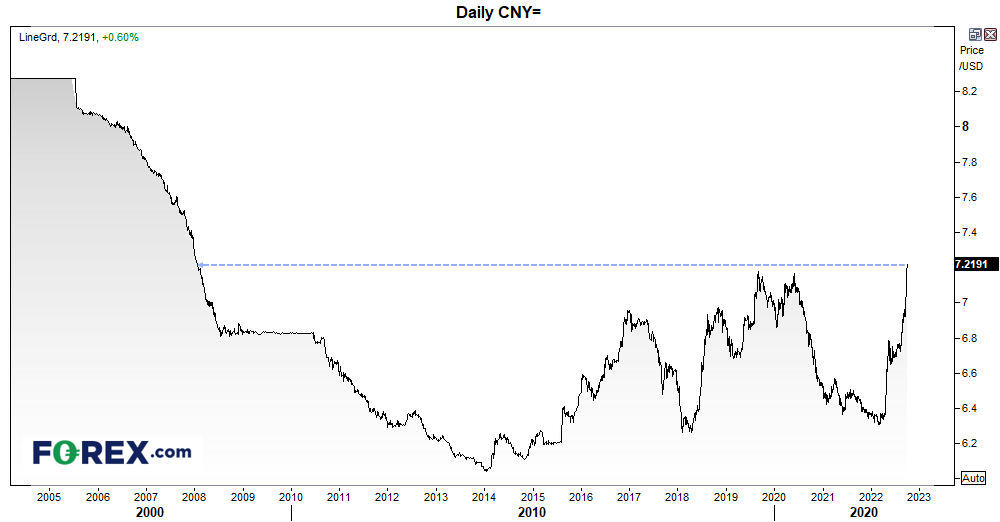 The PBOC (People’s Bank of China) continued to let the yuan slide and set their central parity rate -385 pips lower - to its weakest level since 2020. The central bank can control the direction volatility of the currency, which allows a daily fluctuation of +/-0.3% around the parity rate. This allowed USD/CNY to rise above 7.2 for the first time since 2008. However, they have less control over CNH (offshore yuan) which saw USD/CNH rise to just shy of 7.2500, which suggests speculators continue to believe the PBOC will let the currency slide.

We can see below that yield differentials between US and CN continues to support the higher USD/CNH. And that should not come as a surprise, given the divergent policies between the Fed and PBOC. But is should be noted that there is more to this than just USD/CNH, as it has global implications and can weigh on risk sentiment. The weaker yuan pressures China’s own trade partners to weaken their currencies. USD/SGD is also on a tare and reached its highest level since March 2020. 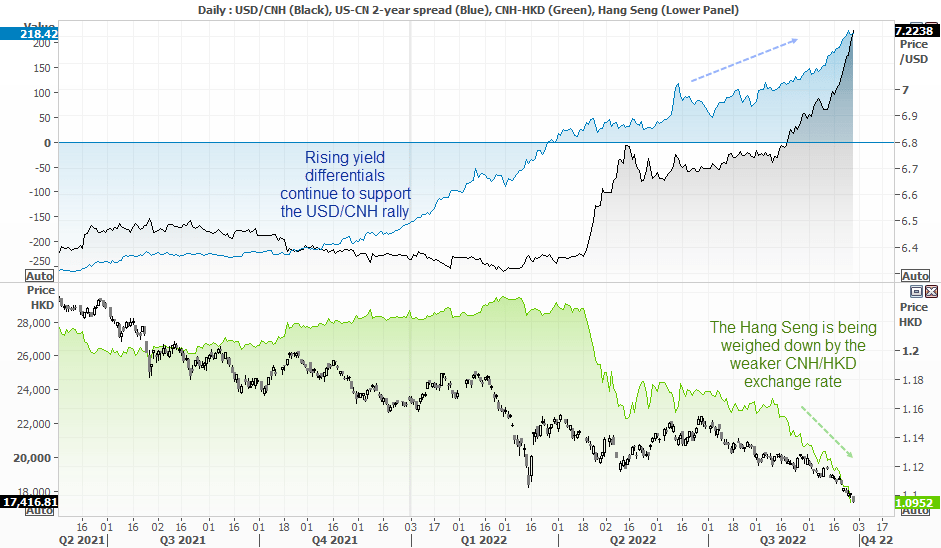 The green chart shows that CNH/HKD is within a strong downtrend, and that is adding further selling pressure on an already suffering Hang Seng (HSI). In fact, the Hang Seng has fallen to its lowest level since October 2011 and shows the potential to fall further. Ultimately, a stronger USD/CNH is bad news for Asian equity markets and to a degree US markets – and it’s no coincidence that US futures turned lower once we saw the breakout on USD/CNH. 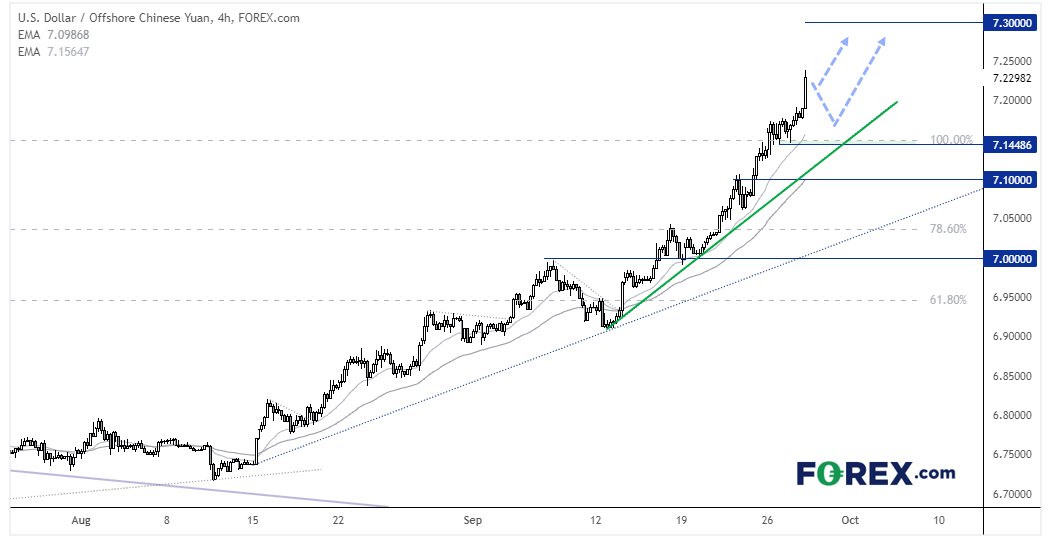 For bulls, USD/CNH is the trend that keeps on giving. It’s currently within its seventh consecutive bullish month and on track for its best month since 2005. We can see on the four-hour chat that it has reached the bullish triangle target (100% Fibonacci projection) and even used that area for support ahead of its next leg higher. It is now closer to 7.3 than it is 7.2, so bulls may want to see minor pullbacks to seek bullish setups, or somewhere along the trendline should a retracement become deeper than expected. Assuming it doesn’t just rise to 7.3 of course.