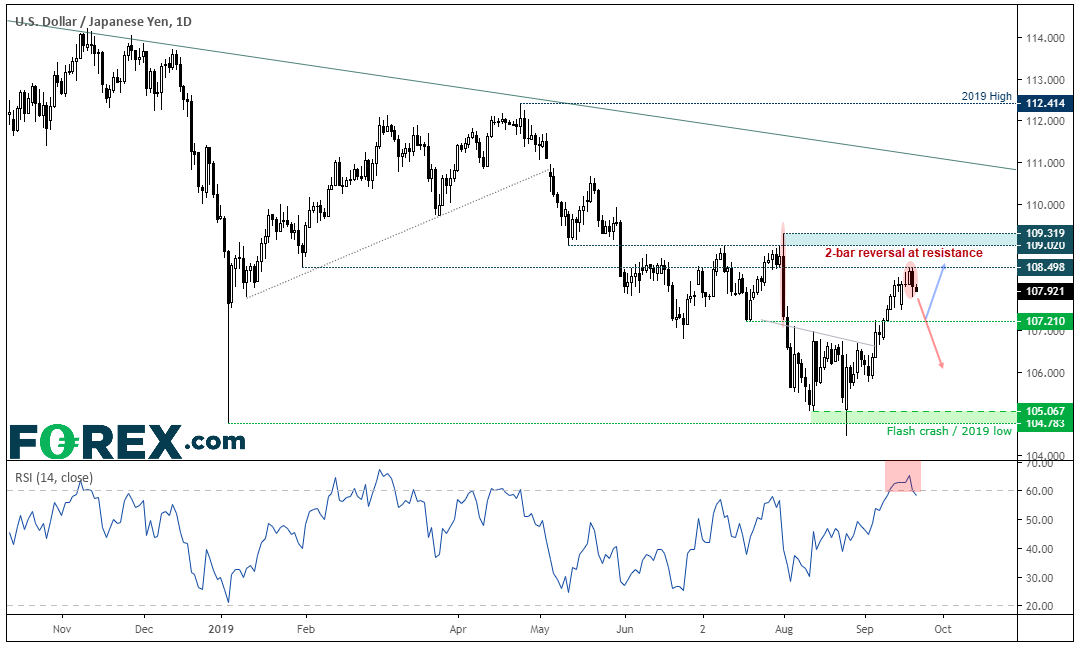 USD/JPY has hit resistance around 108.50 with a bearish engulfing candle (making it a 2-bar reversal pattern near the highs). Whilst an against could be made that prices are trying to reverse against the trend, technically the trend remains bearish below the 109.32 high. So it’s interesting to see that RSI reached over 60 (to suggest overbought in a downtrend) and has now dipped lower to suggest a cycle high could be in place. 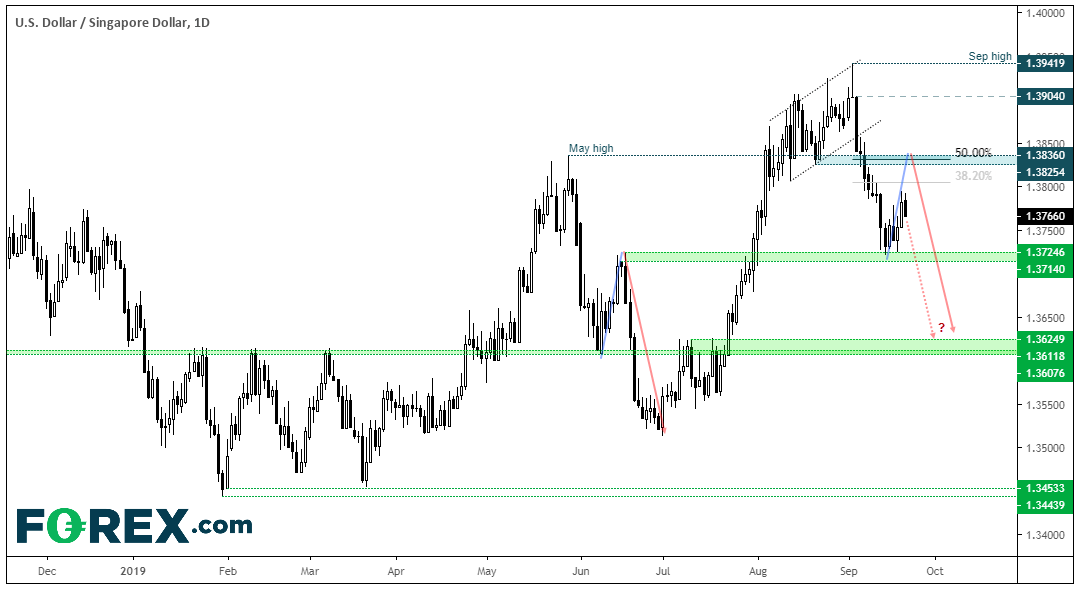 Since the prior analysis, USD/SGD has confirmed support at 1.3114/24 and mean reverted. It may be too soon to assume the correction is over and we’ve not yet seen prices the 38.2% retracement level, let alone the 50% or the resistance zone around 1.3825/36. So far, the move lower from the September high is similar to the fall form the May high, in which case we could still see a deeper retracement if ‘history is to rhyme’.

That said, prices are trying to push lower, so perhaps a bearish inside day from Monday could be something to consider trading if the reward to risk still allows, taking the 1.3114/24 support zone into account.

Related analysis:
USD/SGD Could Be Lining Up For A ‘Singapore Swing’