Hawkish comments from two Fed members late in the US session helped the US dollar recover yesterday. Bullard said they target rate needs to raise to ‘at least’ the 5% to 5.2% target range, and so far tightening has only had a limited impact on taming inflation. And Kashkari said it’s an open question as to how high rates need to go, there’s a lot of tightening in the pipeline and the Fed could only stop raising in 2023 if CPI projections are correct. 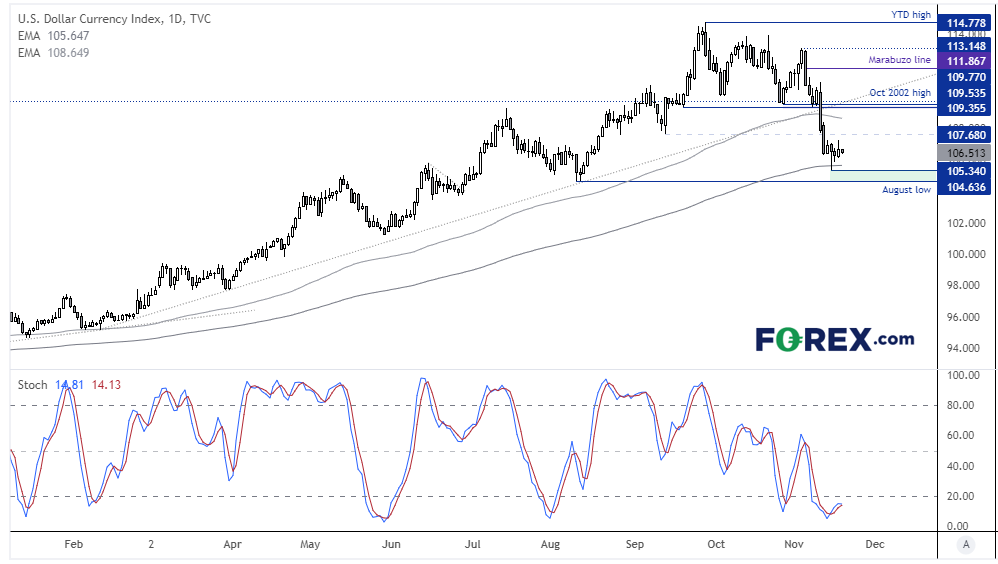 DXY fell close to 7% in the days following soft US inflation data from the US, prompting Fed members to reiterate their hawkish stance. Yet bearish momentum in the daily chart is waning and support has been found around the 200-day EMA and above the August low. It’s possible we could see the dollar retrace against recent losses, especially of other Fed members extend the hawkish messages delivered by Bullard and Kashkari.  107.68 is a viable initial area for bulls to focus on, a break above which brings 109 into view.

UK retail sales are released at 07:00 GMT, and expectations are fairly modest rise of 0.6% m/m for core retail sales and 0.3% for retail sales. Yet given they fell -1.5% and -1.4% in September respectively, and that Jeremy Hunt’s outright depressing budget is till hot off the press, it is hard to imagine positive data making much of a difference in the grand scheme of things. Because if the UK really is at the beginning of a 2-year session, there’s a lot worse to come from the data. 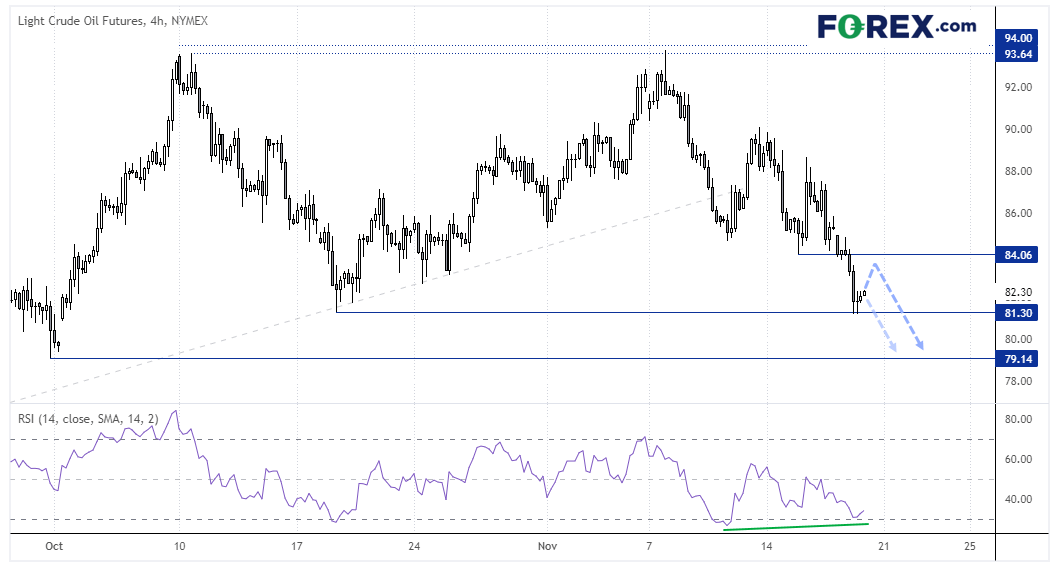 Renewed concerns that Chia aren’t as close to relaxing VOCID rules weighed on copper and oil prices yesterday, along with the slight rise in the dollar following hawkish comments from Fed members.

Bearish momentum has accelerated on oil prices, although WTI has found support at the $81.30 low. A bullish divergence has also formed on the RSI (14), so perhaps oil prices will be given a reprieve from bears today and allowed to bounce from current support levels. But if the US dollar continues to strengthen ahead of the weekend, there’s a reasonable chance we could see WTI break beneath the $81.30 low and head for $80.0 and the $79.14 support level.

Economic events up next (Times in GMT): 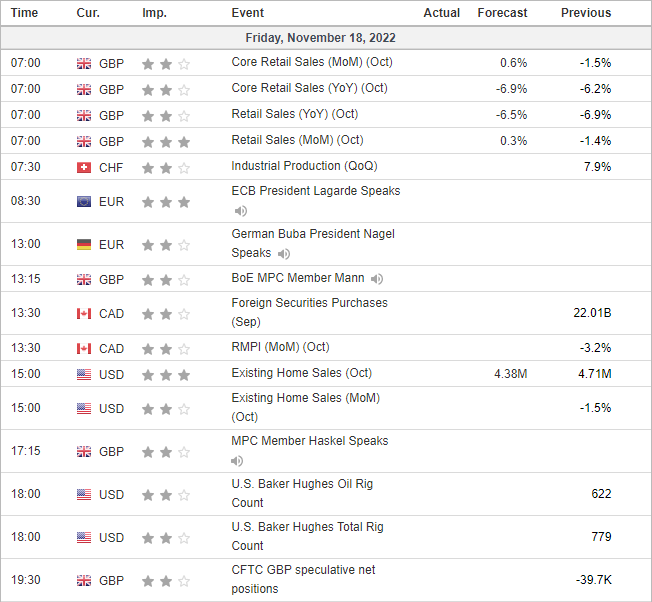