By :
Matt Simpson
,  Market Analyst
Read our guide on how to interpret the weekly COT report

As of Tuesday 14th December:

NZD traders flipped to net-short exposure (quite aggressively too) 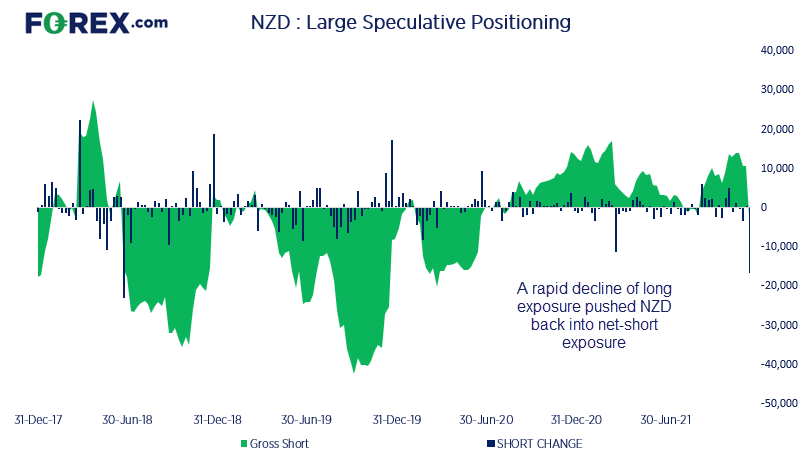 It is the first-time large speculators have been net-short the Kiwi dollar since September, although they’re now their most bearish level since June 2020. But what makes it of interest is how aggressively long positions were closed out. At -18,4k longs closed last week it saw the net-exposure index fall at its second most aggressive weekly change on record. Looking through the calendar and notes does not reveal an obvious catalyst for the sudden shift in sentiment. But the takeaway is clear; bulls appear a lot less confident of their original position said otherwise. Ad from that we could assume traders have pushed back their expectations for an earlier hike by RBNZ, as this is purely a play of longs closing out whilst shorts also trimmed exposure by -1.7k. 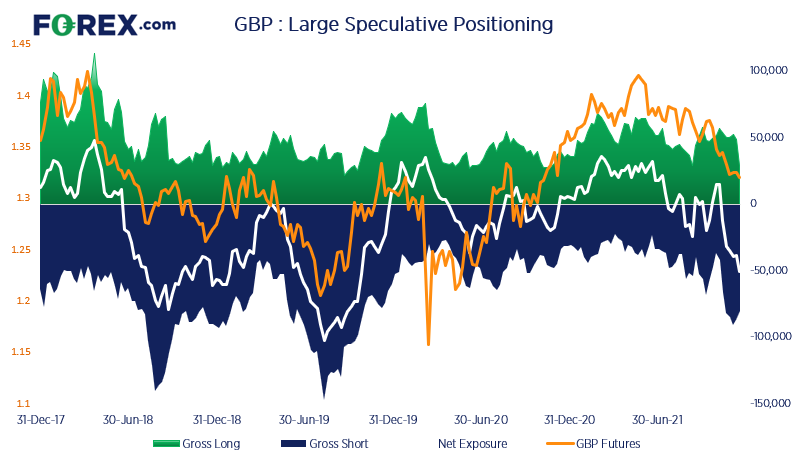 Bears remain very much in control of the pound overall, with net-short exposure having fallen to a 22-month low. And what is not likely to help is how Omicron is sweeping though the UK with lockdowns all but confirmed for Christmas. However, the same could also be said for the US – so if we saw the UK somehow recover ahead of the US in terms of new cases and hospitalisations, it could be a bullish signal. But we have also noticed that, whilst net-exposure remains clearly bearish, both longs and shorts have trimmed exposure to the currency which basically shows a lack of confidence (or conviction) of its direction over the near-term. 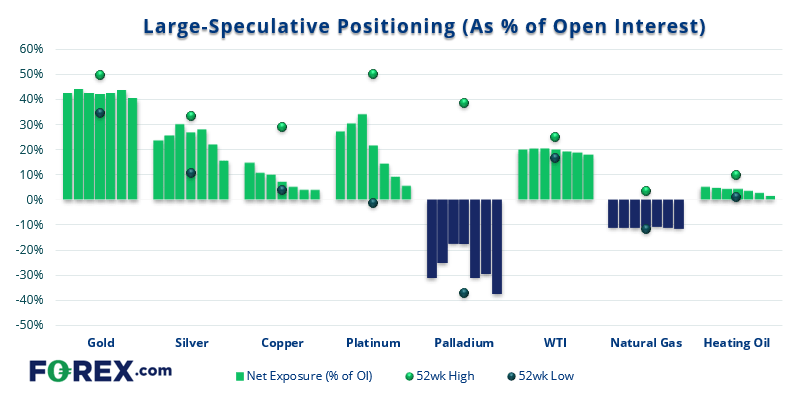 As of Tuesday 14th December:

Large speculators were their most bearish on palladium futures on record 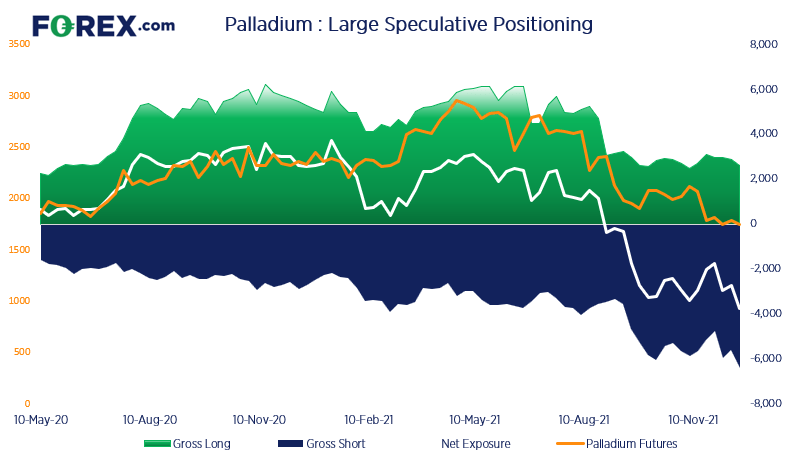 Palladium futures remain the most unloved of the precious metals, being the only one to be net-short – and at a record level of bearishness. Positioning clearly shows a strong rise in shorts whilst longs have dwindled, which are key ingredients for a strong trend. Yet with it being at a record, it raises the potential for a sentiment extreme. For now, we see no such evidence on price action so have to assume the trend will remain bearish until momentum says otherwise.

Short interest to silver has risen for 2-weeks 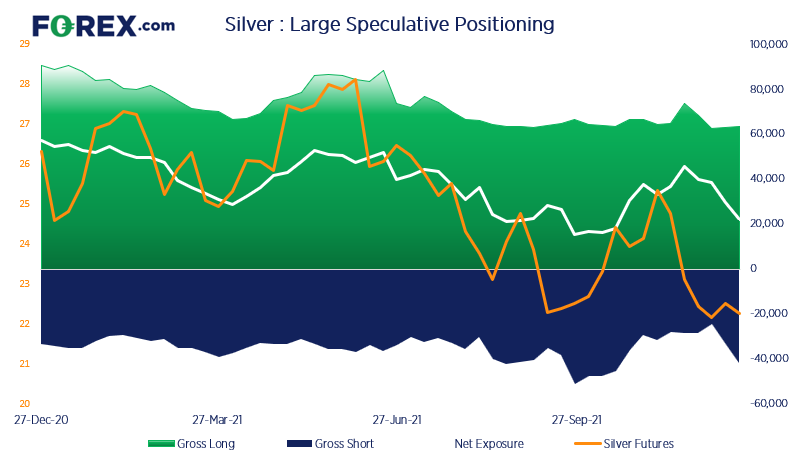 Perhaps this will come to nothing, but little changes can lead to big changes. Over the past two weeks bears have increased gross shorts by around 8k contracts each week, whilst gross longs have remained effectively flat. So let’s see how silver reacts around these lows as price action over the coming days should provide clues to how confident the last 16k of added shorts really are.