What to Watch Thursday and Friday: DXY, EUR/USD, GBP/USD, EUR/GBP

With Janet Yellen as Biden’s pick for Treasury Secretary and Jerome Powell at the helm as Fed Governor, it’s a match made in heaven for US Dollar bears!  These pairs need to be watched.  In addition, a Brexit deal could be announced over the next few days.  GBP could fly in quiet markets if a deal is struck as the US in on holiday on Thursday and a half day on Friday! 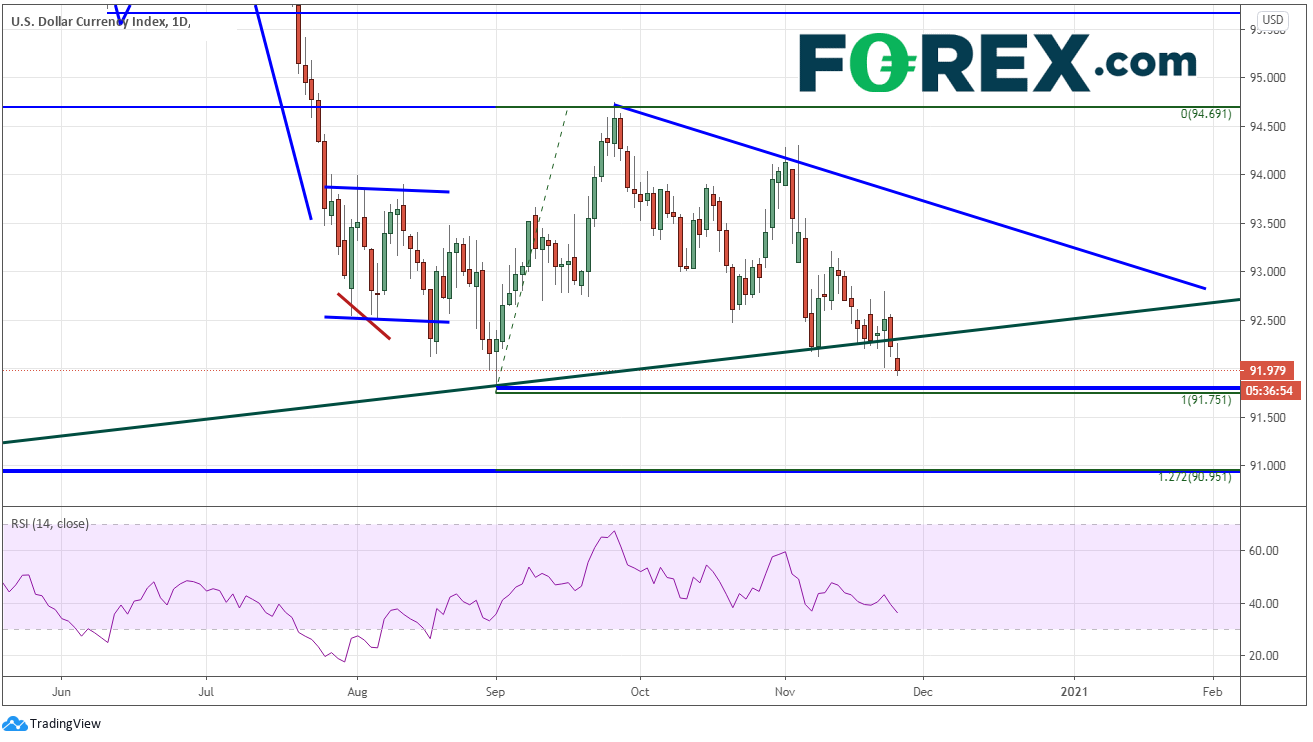 Yesterday, the US Dollar Index finally closed below the upward sloping trendline dating back to 2011  and a symmetrical triangle.  It Is continuing lower today.  The thought of a dovish US Treasury Secretary and a dovish Fed is whacking the US Dollar.  Yesterday, the DXY closed below the trendline near 92.25 and is continuing lower today.  Support is at the September 1st lows near 91.75.  Below is the 127.2% Fibonacci extension from the September 1st lows to the September 25th highs near 91.00.  Horizontal support from 2018 crosses at that same level.  Resistance back at the trendline near today’s highs at 92.25. 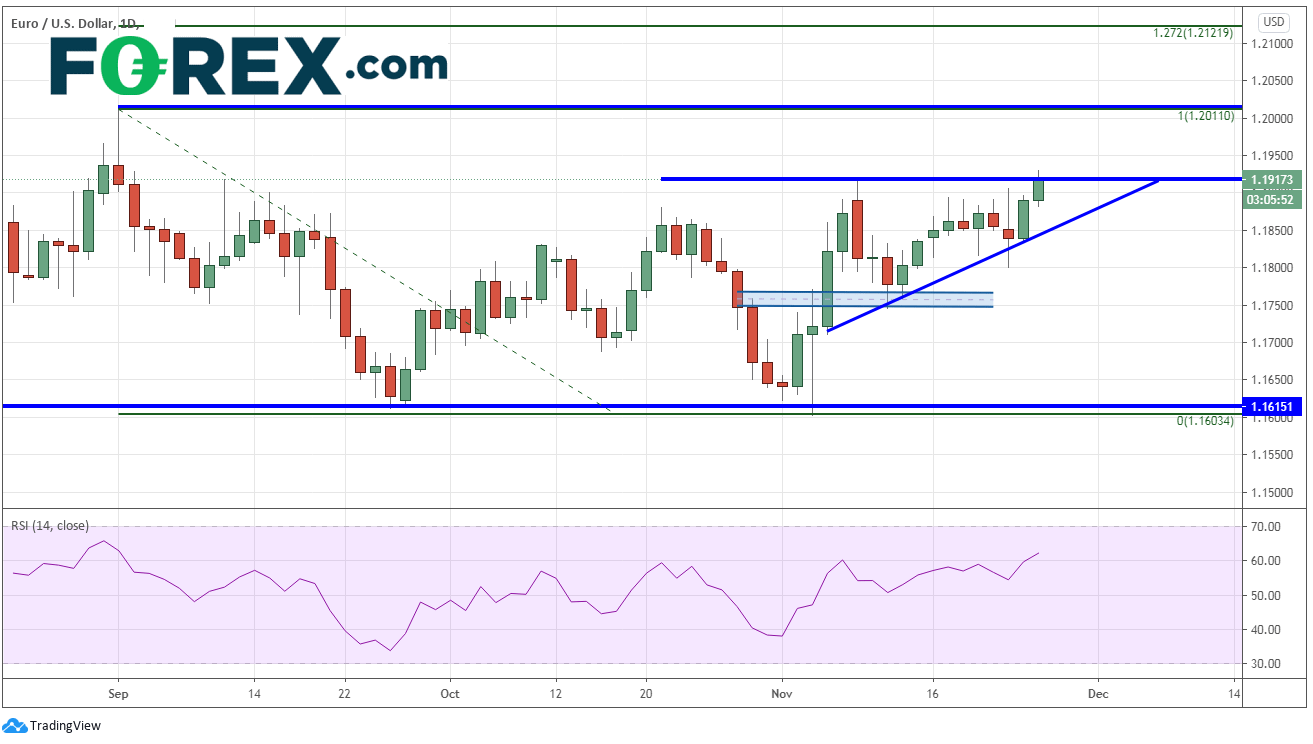 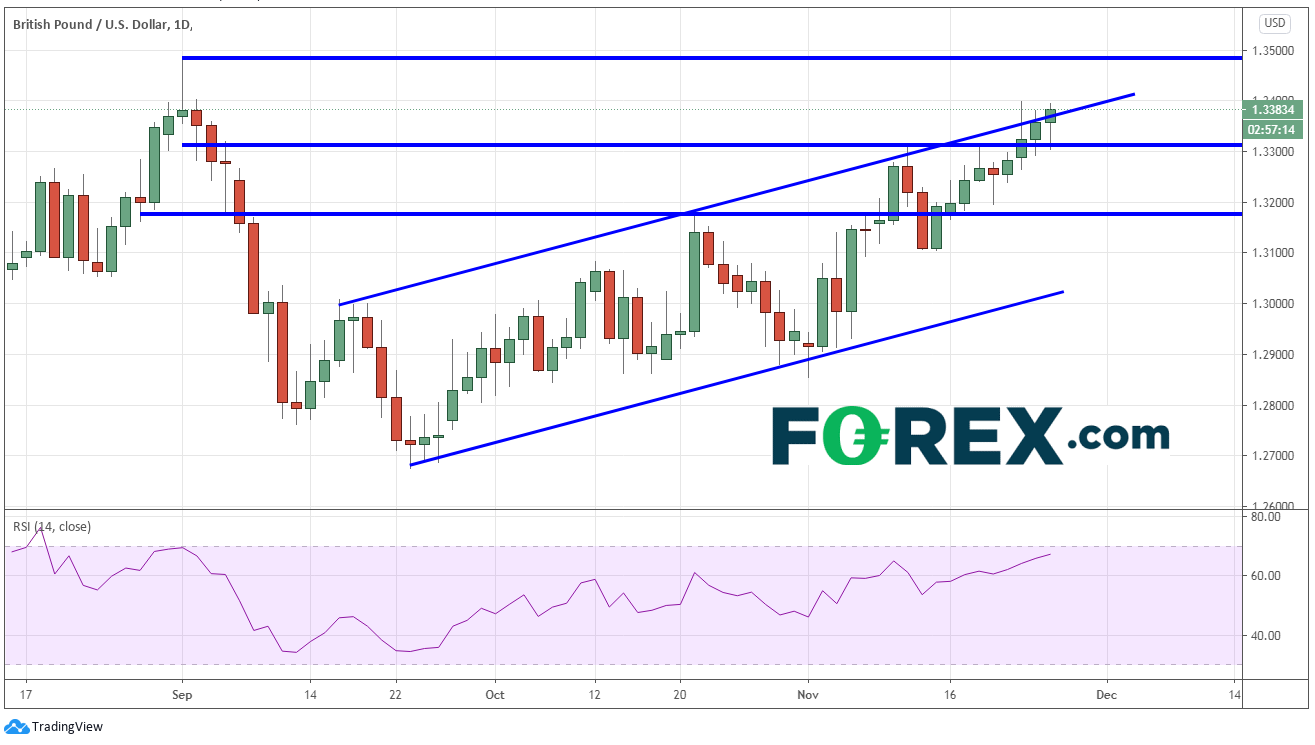 Combine a weak US dollar with continuation of Brexit talks (as opposed to not talking at all), and GBP/USD busts through trendline resistance and is higher for the 8th out of the last 9 days! Resistance is the September 1st highs of 1.3483.  Support is at todays lows, which is also previous resistance near 1.3304. 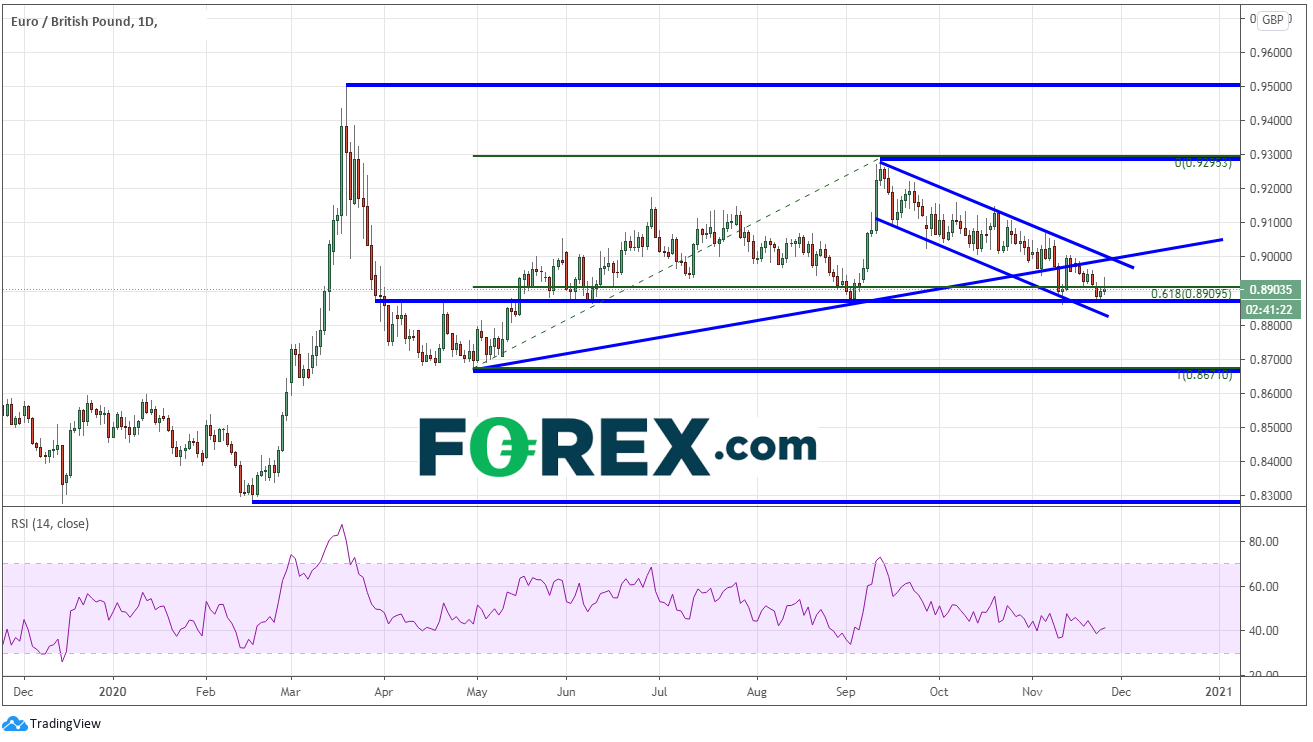 If a Brexit deal does get done over the next 2 days, this is where the most action will be.  EUR/GBP sits at the 61.8% retracement level from the lows of April 30th to the highs of September 11th, near .8900.  In addition,  horizontal support from the lows of September 3rd  lows sit just below near .8865, then the bottom trendline from the downward sloping channel near .8825.  However, if a Brexit deal gets done, price could be near the April 30th lows of .8670 in the blink of an eye.  Note the February 18th lows at .8281 as well. A confluence of trendline crosses above near .9000, however on a no-deal Brexit, the pair can be at .9300 in a heartbeat!

Watch for Brexit and US Dollar headlines over the next few days.  With the US out on holiday tomorrow and a light volume day on Friday, moves can be extended and erratic.

For those of you celebrating the Thanksgiving Holiday tomorrow, be safe and have Happy Thanksgiving!