Energy crisis concerns are escalating in the UK, with increasing oil prices hitting costs at the pump and causing motorists to panic buy fuel.

September 24 saw Brent prices hit a level unseen for two months, around $77 a barrel, and the effects are being seen at gas stations, with reports of gridlocks as panic buying takes over and motorists’ desperation to fill their tanks increases.

Amid the scramble, the UK government has claimed there is no shortage of fuel, but petrol stations have seen a lack of unleaded and diesel grades.

To add to the petrol shortage concerns hitting the UK, some petrol stations have been forced to close due to the additional problem of the national HGV driver shortfall hitting supply to forecourts.

The latest energy crisis developments will impact consumers and businesses already concerned about inflationary pressures caused by a headwind of factors – from supply chain disruptions in sectors from food to fashion to the levels of state borrowing during the coronavirus epidemic.

Indeed, the energy price hikes are set to push inflation above 4% this winter, according to the Bank of England. Despite the developments, BOE’s monetary policy committee have voted to keep interest rates at 0.1% which represents a continuation of its historic low.

Outside of the UK, wider electricity price hikes in Europe have been seen following a shortage of natural gas and increasing demand. Renewables are struggling to take up some of the slack with a lack of wind hitting turbine output there.

In the US, crude oil stockpiles have been shrinking amid a continued recovery in demand.

On the technicals front, here’s a look at how Brent is performing in correlation with GBP/CAD.

Brent then pulled back in corrective fashion and oscillated around a downward-sloping trendline from those same highs in 2014 (green line) and the 50 Day Moving Average. The black gold commodity held the 200 Day Moving Average in August above 64.64 and continued its move higher. It is currently resting the July 6th highs at near 77.64. 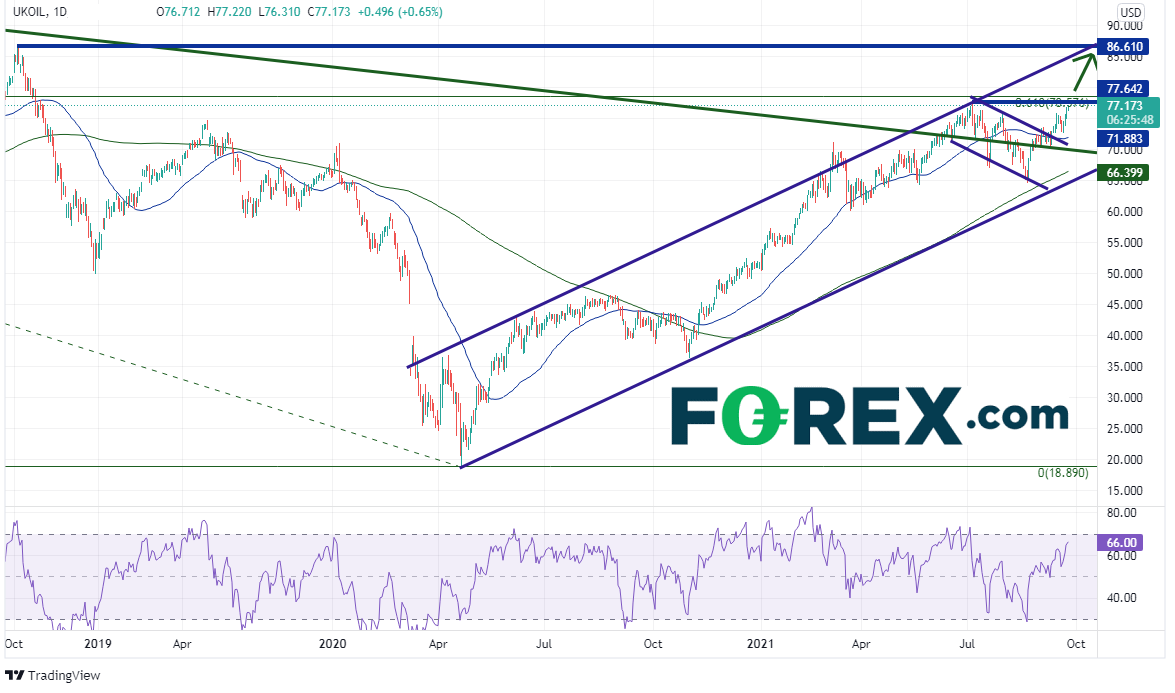 As Canada is an oil export-led country, the value of the Canadian Dollar is tied to that of oil. On a 240 Minute timeframe, the current correlation coefficient between UKOIL and GBP/CAD is -0.81. Any value above +0.80 or below -0.81 is considered a strong correlation. Therefore, when the price of Brent Crude moves higher, GBP/CAD tends to move lower.

GBP/CAD has been putting in higher lows since early May, however, has recently pulled back and tested the upsloping trendline from May 7th near 1.7287. There is also a zone of support between 1.7185 and 1.7260.

On this shorter timeframe, if Brent Oil can push higher above resistance, given the current correlation coefficient, GBP/CAD should move lower and test these levels. If Brent can’t break through resistance and pulls back, GBP/CAD may move higher. Horizontal resistance is at  1.7434 and then the September 20th highs of 1.7603. 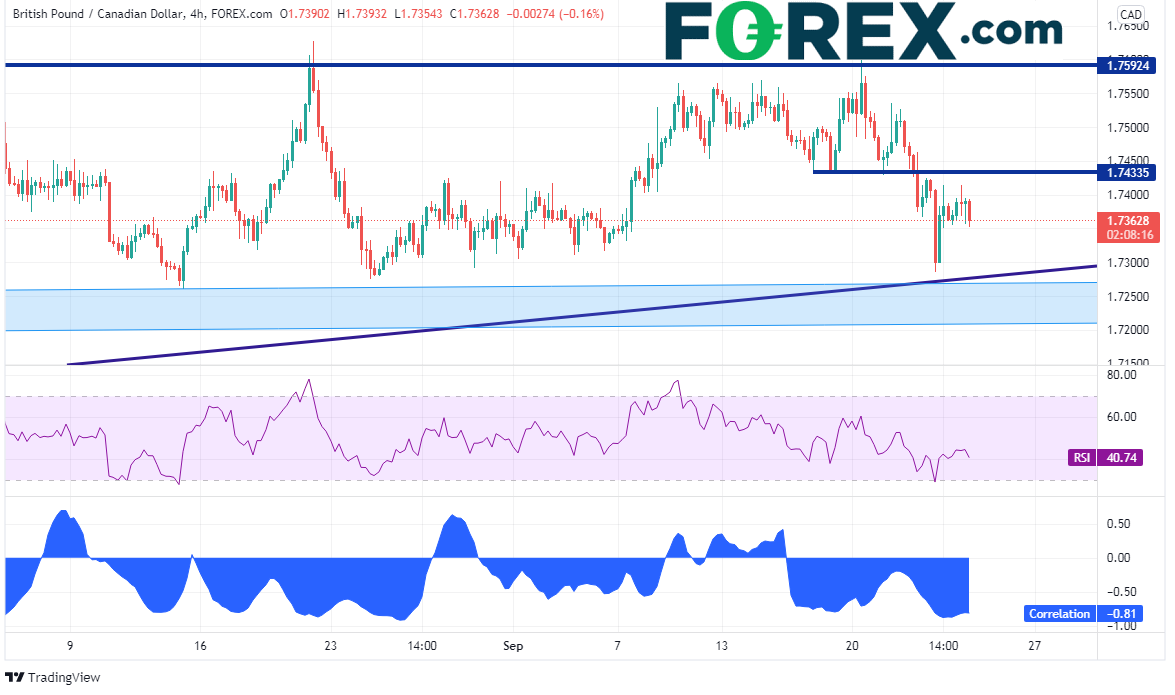