Bullish developments abound today for USD/CAD, explaining why the pair is the day’s strongest major cross. There are at least nine major developments supporting today’s surge...

Bullish developments abound today for USD/CAD, explaining why the pair is the day’s strongest major cross. There are at least nine major developments supporting today’s surge:

Moving forward, a break above the neckline of the inverted head-and-shoulders pattern around 1.3300 would open the door for continued gains toward 1.3400 or 1.3500 in the coming weeks. 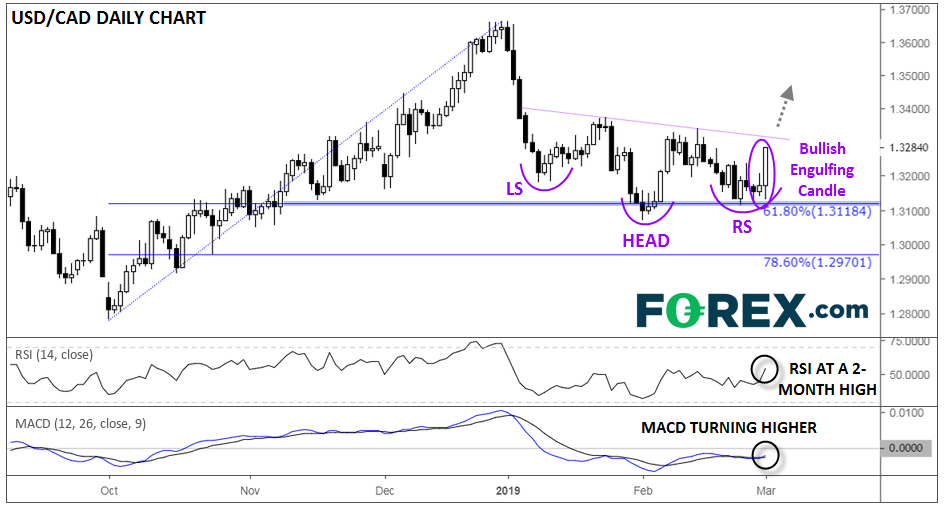