DXY Could Face Headwinds As We Head Into April 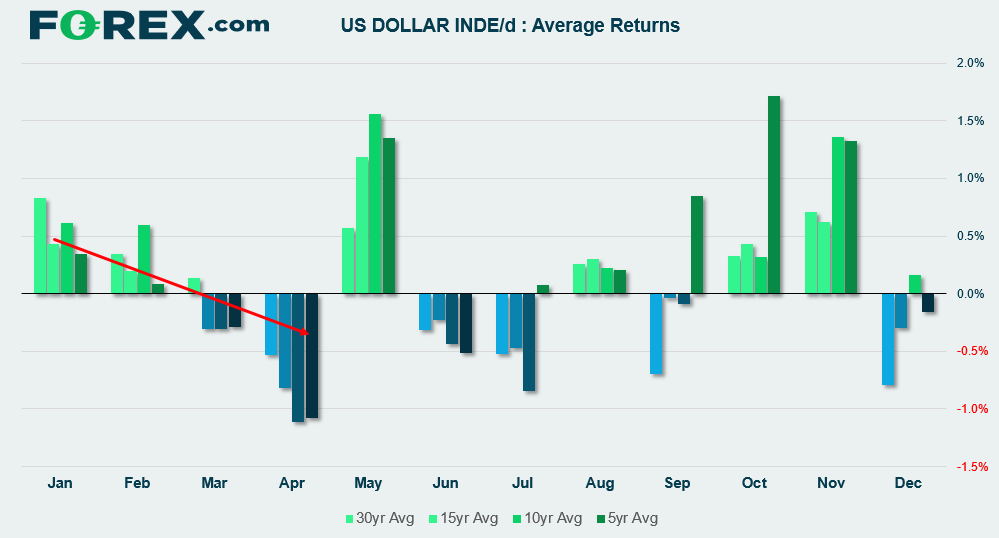 We can see that, whilst January and February have averaged positive returns, their potency has dwindled over the past 5 years (relative to the 30-years) before average returns have become increasingly bearish throughout March and April. Curiously a similar seasonal pattern can be seen on gold, despite the two markets generally sharing an inverted correlation.

Still, as these are historical averages, there’ll no doubt be outliers which buck the trend. Therefore, we don’t consider them a forecasting tool, but something to consider alongside other forms of analysis as part of a broader trading plan.

Digging though the numbers, the following stats are of interest.

Over the past 30-years, in April DXY has:

With 70% of negative closes, there seems to be a relatively high probability of a negative return in April for DXY. Although it’s interesting to note that, when a bullish close arrives, average positive returns are greater than average downside returns.

Currently trading just 0.3% higher for the month and with a week and a half left in it, there’s plenty of time to assess how prices develop from here. However, we’re keeping an eye on the potential bearish hammer beneath the key resistance zone, which comprises of the 2018 highs and a 61.8% Fibonacci retracement level. Considering that we’ve also seen 3 higher wicks since February, it shows the difficulty USD bulls have had around 2018 highs. And as momentum form the 88.25 low has been waning for months, we’ll continue to monitor for signs of a potential long-term reversal as price action develops, before drilling down to the lower timeframes. 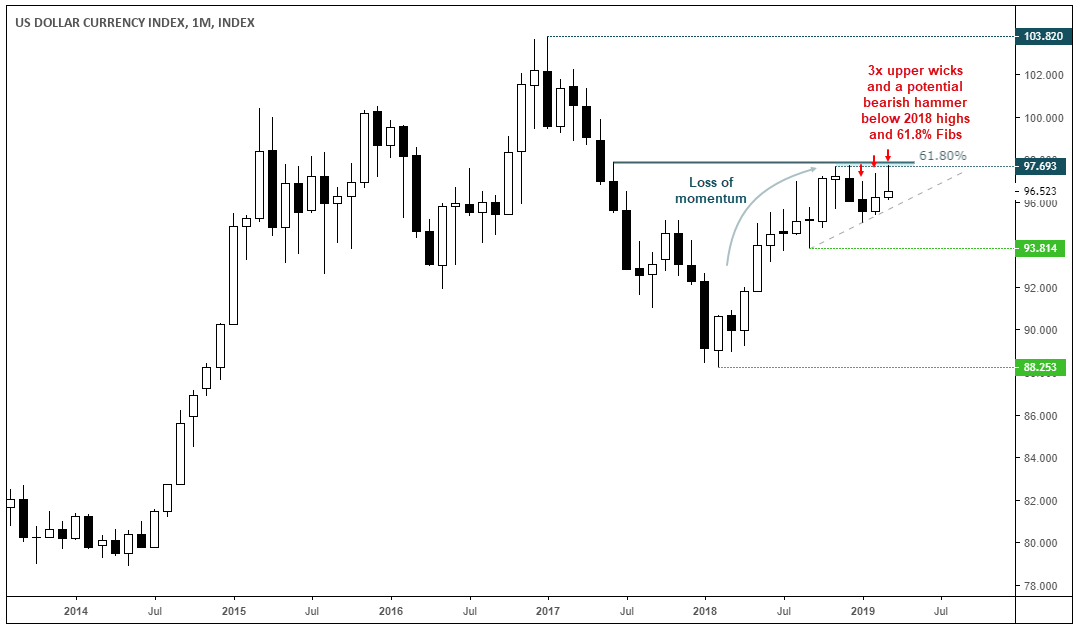 Over the near-term, perhaps tomorrow’s Fed meeting could provide the dovish elements to weigh on the greenback. Recent comments from officials have veered towards the dovish side, and there have been reports that the Fed are researching the possibility to expand their balance sheet, and what impact it would have on markets. Whilst we don’t expect this to be announced any time soon, it’s plausible they may reduce the tapering speed, or lower expectations to just one more hike this year.

Correlation with DXY (20-period lookback)
To consider setups around a DXY theme, these pairs currently shares the strongest correlation with the index.