The fact that gold has failed to rally in a market environment dominated by trade war headlines is what makes us think it will drop. 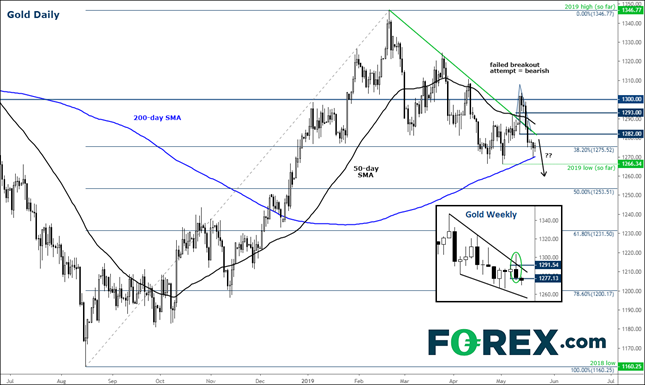