NFP Blows Away Expectations, however Unlikely to Affect Fed Decision Next Week

As good as today’s NFP data is, it is unlikely to affect the FOMC’s decision.

Nonfarm Payrolls for November released today were 266K vs 183K expectations.  In addition, October’s NFP were revised higher from 128K to 156K!  Although these numbers include the return of the GM strikers, those workers were already baked in to the expectations.   Average Hourly earnings was 0.2% vs 0.3% expectations, slightly worse than expectations.  The Unemployment Rate was better than expected, falling to 3.5% from an expectation of 3.6%.

The S&P 500 is up over 20 handles after the release of the data.  The major index managed to hold the trendline support dating back to September 2018. 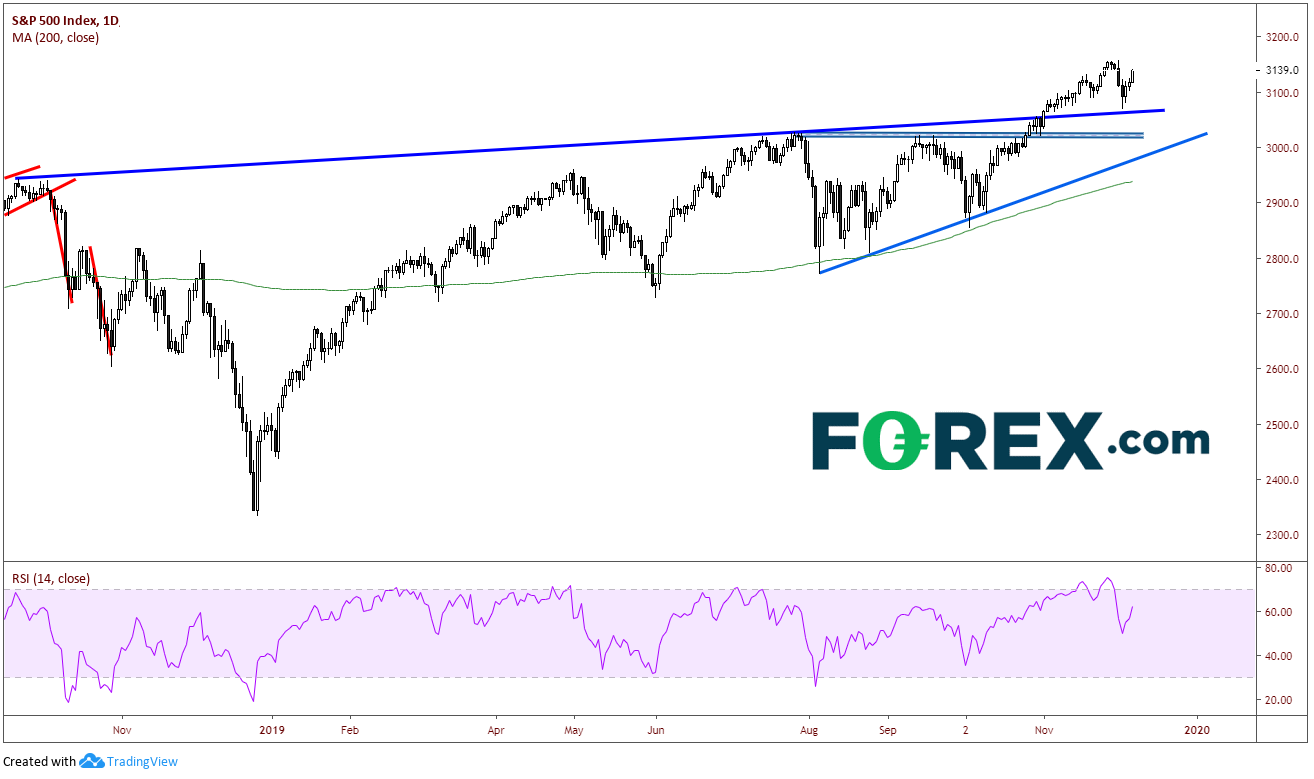 It appears  that the index is testing the underside of the upward sloping trendline from mid-October near 3150.  Above that, all-time highs in the S&P 500 cash index are 3157.6 from Monday. 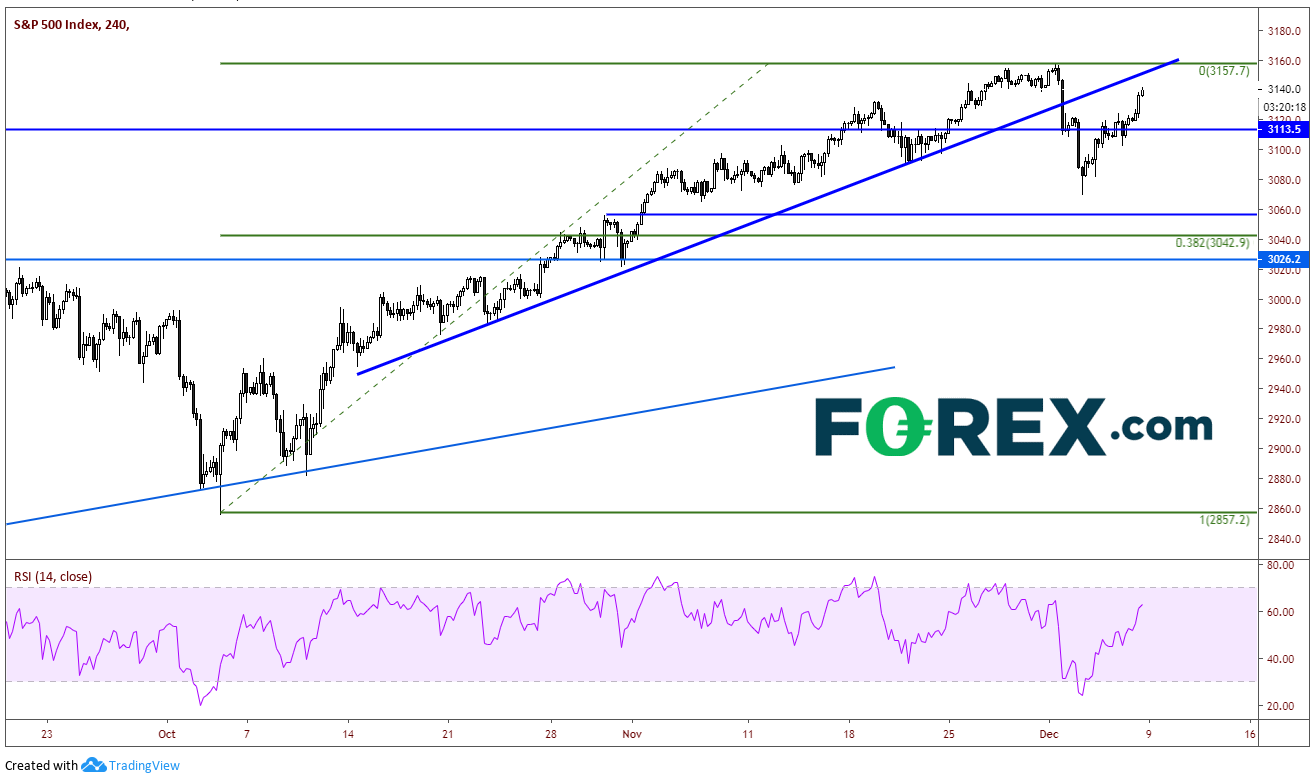 The US Dollar Index took off as well after the data.  On a daily chart,  DXY is currently putting in a bullish candle which is testing the 200 Day Moving Average.  Price held the upward sloping trendline dating back to May of 2018, which continues to act as daily support. 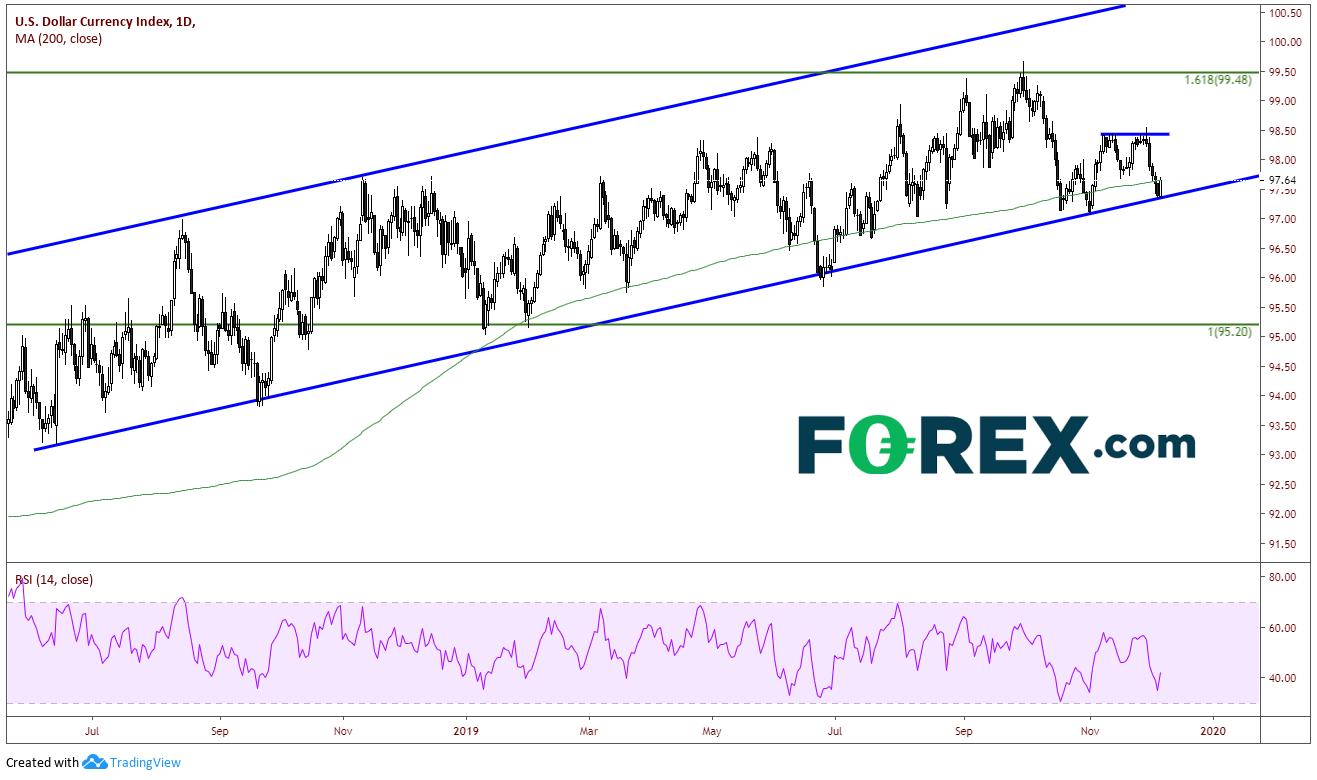 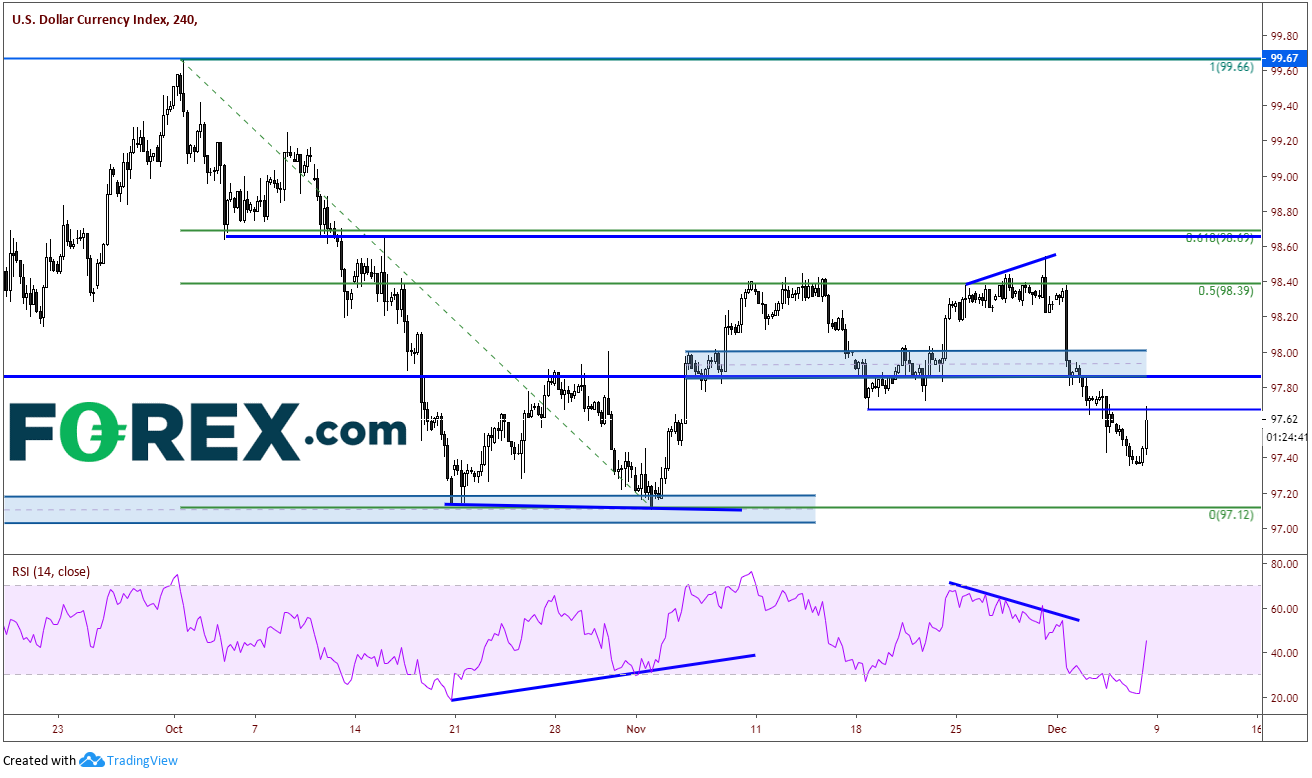 As good as today’s NFP data is, it is unlikely to affect the FOMC’s rate decision next week.  According to the CME FedWatch Tool, there is almost a 100% chance that the Fed will remain on hold.  Markets will closely watch the Summary of Economic Projects that will be released with statement to see how this data will affect the Committee’s outlook.

Also, there are a number of other pressing matters the markets are watching at the moment,  such as the US-China trade deal, Brexit, and the USMCA.  Headline risk will be watched carefully heading into the end of the year.  The euphoria from today’s data can be reversed with negative headlines.