Falling in the awkward post-US, pre-Asian session, the Reserve Bank of New Zealand will deliver its quarterly monetary policy statement in just a few hours (21:00 GMT). 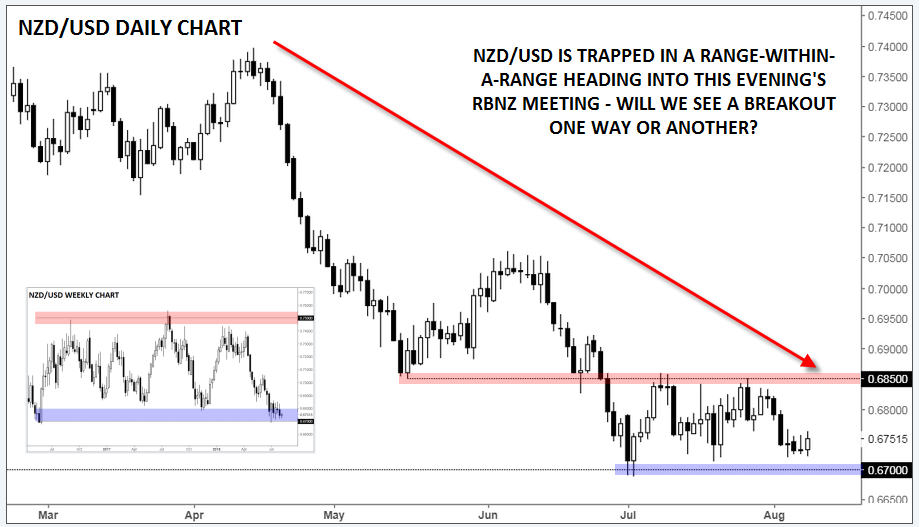