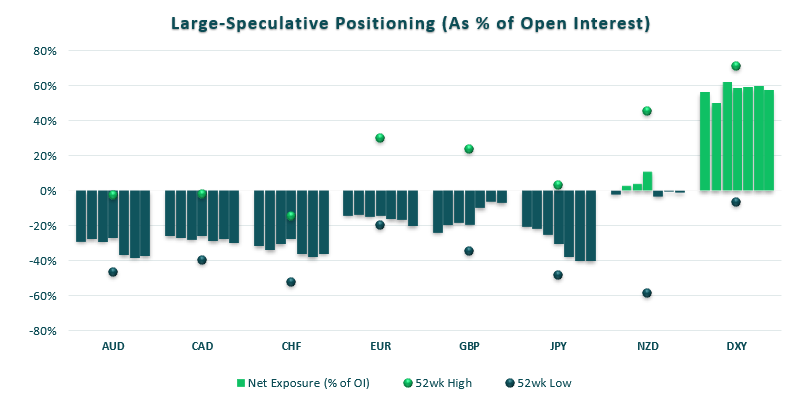 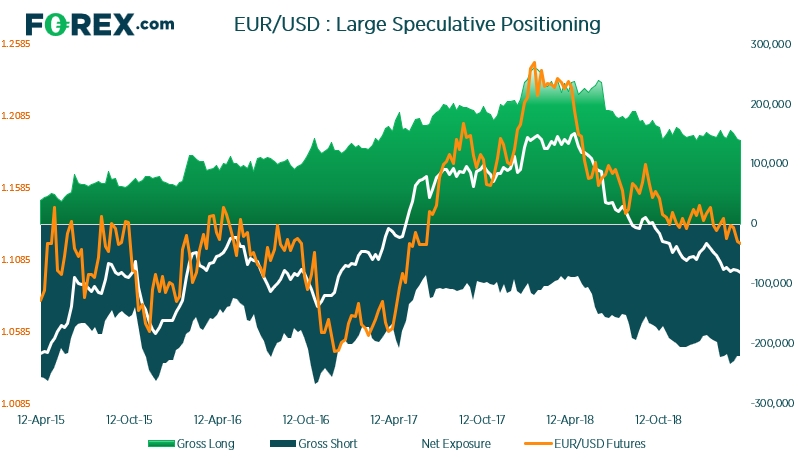 EUR: Traders increased their net-short exposure by 18.9k contracts, making it the largest weekly change among FX majors. Gross short exposure it’s at its highest level since December 2016. However, EUR/USD remains above a strong support level which leaves potential for a bounce from current levels and for bears to be wrong-footed it fails to break lower. 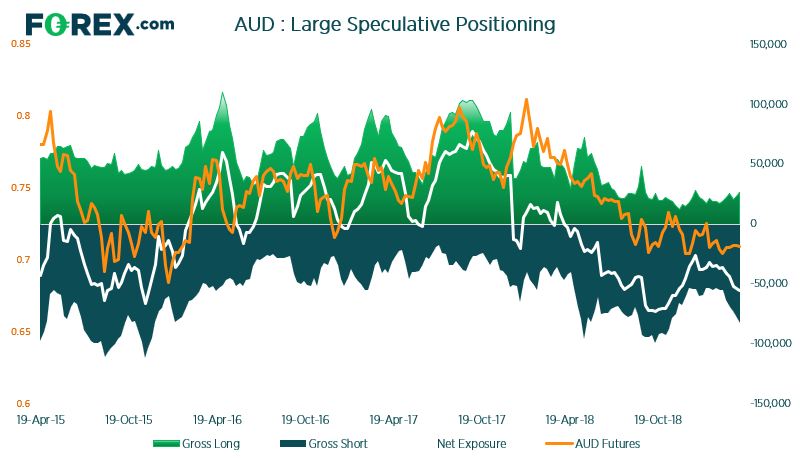 AUD: Short interest continues to pick up, yet prices are failing to break lower. Something has to give at some point; either prices have to break lower and confirm the increasingly net-short exposure as correct, or there’ll be some bears with sore heads if they are forced to short-cover as price rally high. If there’s any reason to believe AUD will struggle to break convincingly lower, it’s that AUD/USD has failed to close the month below 70c in 10 years. 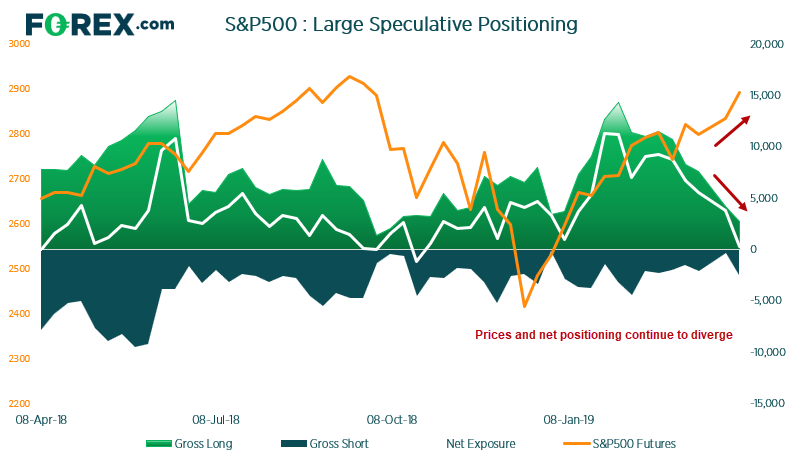 SPX:  At just 288 contracts, net-long exposure is at its lowest level since October. Short interest picked up and long exposure was reduced as of the 2nd April (when the report was compiled) yet US indices continue to push higher with the S&P500 now sitting at its highest level since October. Given the divergence between price action and exposure among large speculators as we head towards the all-time highs, it’s possible the rally could run out of steam the closer it gets to 2,940. 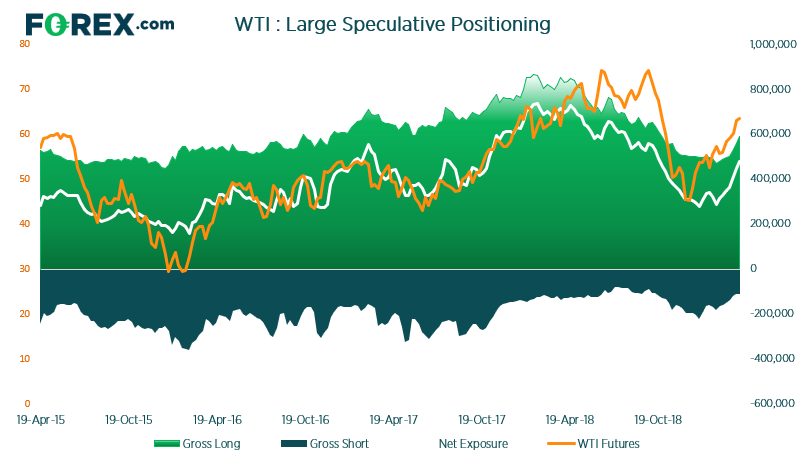 WTI: Net-long exposure has hit its highest level since October and fuelled by short covering and fresh longs. Net exposure among large speculators is confirming price action, in a month which is typically bullish for WTI. With no indications of a sentiment extreme, overall we’re happy with developments of the trend.