After starting the first full week of the new year in a decidedly “risk off” position, markets are recovering into the US session close.

For FX traders, the Australian dollar has long been the quintessential pro-growth currency, at least among the developed market majors, and the price action so far this year has borne that out. After breaking out above horizontal support-turned-resistance in the 0.6925 area at Christmas, AUD/USD surged above the 0.7000 level to trade above 0.7030 on New Year’s Eve. Since then though, escalating tensions in the Middle East, stoked by the US bombing of an Iranian commander, have taken the wind out of AUD/USD bulls’ sails and taken AUD/USD back to its initial Christmas breakout level near 0.6925: 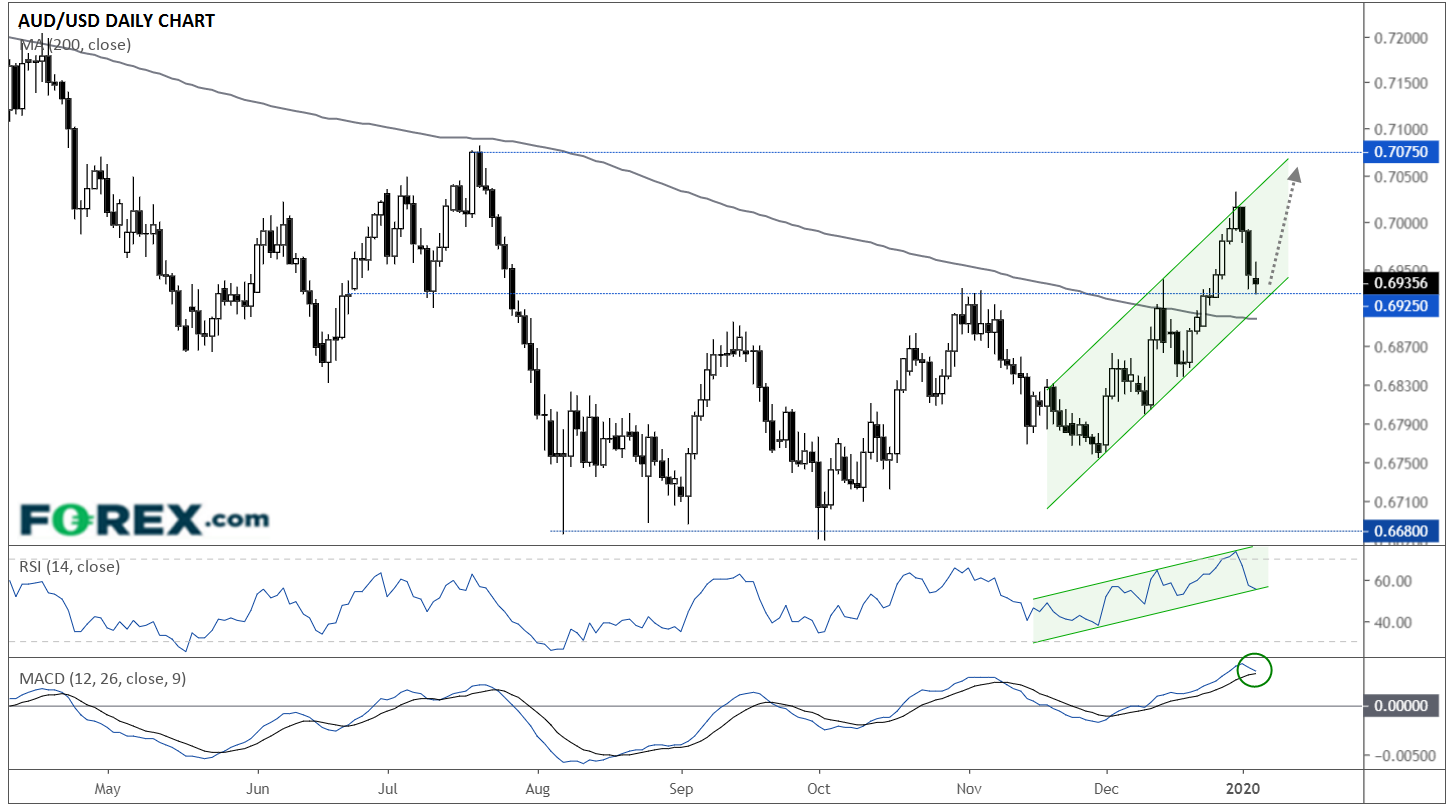 While there are still potential causes for concern, the pullback we’ve seen since New Year’s Day could provide an excellent opportunity for bulls who missed the initial breakout to join the newly established uptrend, for at least six distinct technical reasons:

As long as prices remain above the support corridor between the key 0.6925 level and the 200-day MA at 0.6900, the technical bias remains higher for a possible test of July’s high at 0.7075. Even with the bullish technical signs cited above, a break below this key zone would open the door for a deeper retracement toward 0.6800.