On Monday morning, China took another step towards helping its ailing economy by cutting the 1-year and 5-year loan prime rates. In addition, China announced that it is planning to spend $29 billion in special loans to troubled developers.  Fears are spreading of a collapsing housing market in China, in addition to the global recessionary fears due to increasing inflation.  Also, rumors were rampant that an Iran-US deal could finally be reached, which would allow additional supply to the oil markets, pushing prices lower.  As a result, WTI Crude Oil sold off Monday morning to a low of 86.26, testing the August 16th lows at 85.72. However, just a few hours after the $4 selloff, the new head of OPEC+ was on the wires saying that spare capacity scarcity is an ongoing issue for OPEC. In addition, he added that any additional output by Iran would be gradual.  As a result, price reversed its selloff and by the end of the day, WTI had reversed and took back all the losses on the day, closing 57 cents higher near 90.44!  Today, price continued to rise as some officials said they would back production cuts in case of a global recession.  WTI Crude Oil is currently near $94.00. 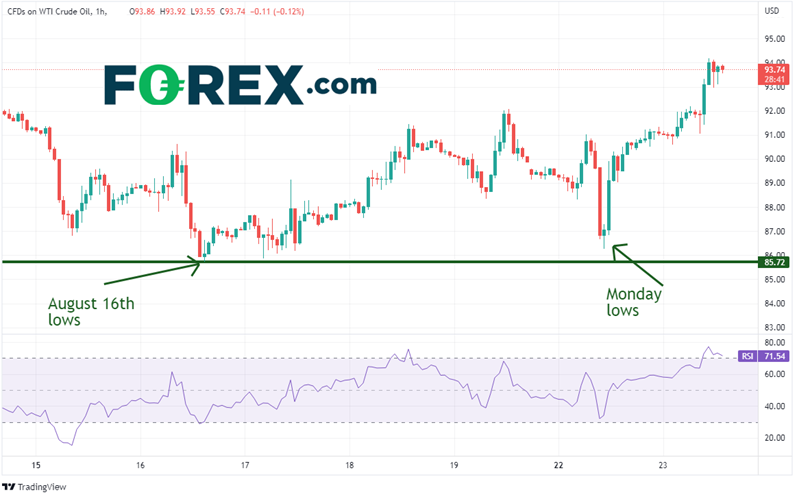 WTI Crude Oil moved aggressively higher on December 2nd when price reached a low of 61.87. Three months later, the price of WTI was trading at a high of 129.42!  Price pulled back to the 50% retracement level from the December 2nd low to the March 7th high near 95.94 and bounced all the way back up to 123.66 on June 14th.  Since then price has been pulling back. On August 16th, WTI Crude Oil tested horizontal support and the 61.8% Fibonacci retracement level to 85.72 and held.  The price action from August 22nd was a hammer on the daily timeframe, indicating a possible reversal.  Today, price moved aggressively higher and is up over 3.5%. 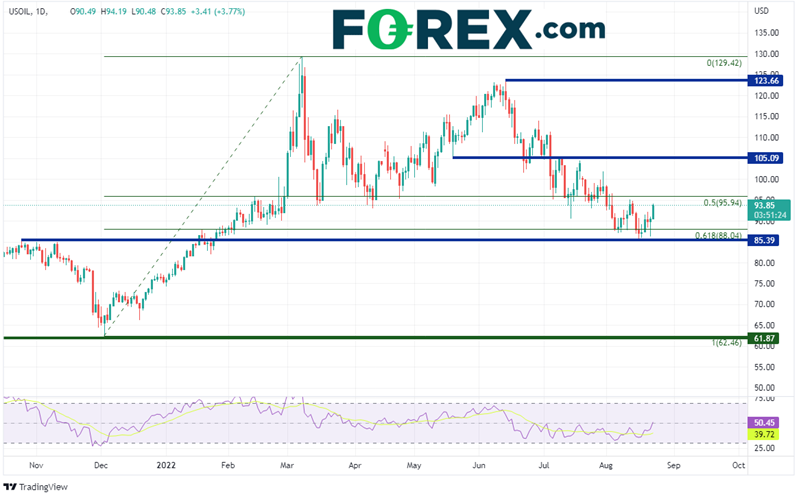 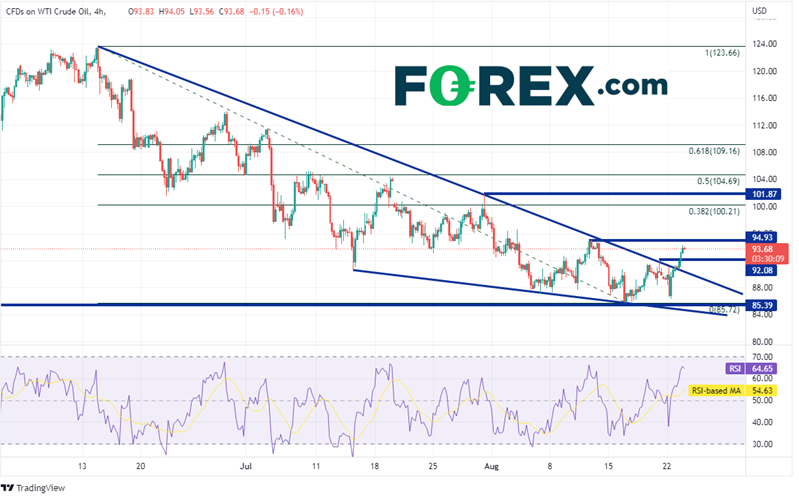 Comments from OPEC+ officials regarding possible supply cuts are currently outweighing fears of a recession. As a result, the price of WTI Crude Oil is moving higher.  Will it continue?  If price can hold the top of the descending wedge, it may have plenty of room to run on the upside!