EUR/USD had initially gone bid on the hawkish statement, however had later pulled back as traders used the opportunity to sell the bounce on the risk-off move in stocks.  High inflation and lower growth lead to stagflation, which investors don’t like!  In addition, although there had been a 3rd meeting between Russian and Ukraine officials, the meeting ended without any further progress. Therefore, traders were happy to buy US Dollars at better levels on the bounce. 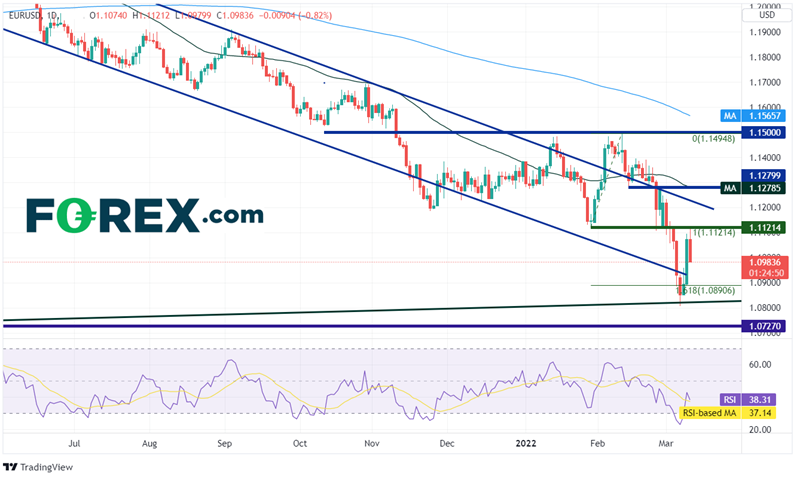 On a daily timeframe, EUR/USD bounced off the 161.8% Fibonacci extension from the lows of January 28th to the highs of February 10th near 1.0890.  Also, notice the horizontal long-term trendline at the lows which dates to January 2017!  When the pair bounced after the meeting, it stopped abruptly at the previous lows (now resistance) at 1.1121.  First support is at the long-term trendline and the March 7th lows near 1.0806.  Below there is horizontal support at 1.0727, which is the lows from April 2020.  Resistance is at Thursday’s high (and the lows of January 28th) at 1.1121, then the top downward sloping trendline dating back to May 2021 near 1.1200. 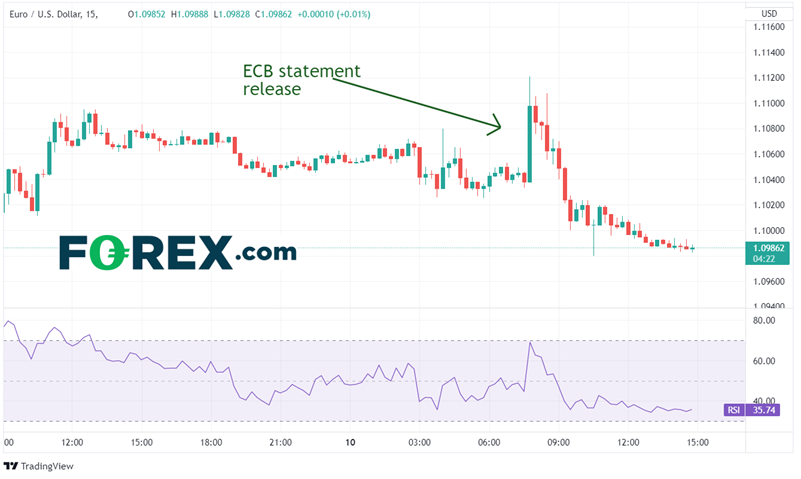