The ECB left its key interest rates unchanged today at 0.0% and left the deposit rate unchanged at -0.5% as well.  In the statement, the committee “judges that realized progress on inflation is sufficiently advanced to be consistent with 2%, although it may also imply a transitory period in which inflation is moderate above target. “ In addition, similar to the December statement, the statement noted that PEPP will end as scheduled at the end of March, and additional asset purchases will be made under APP at a pace of EUR40 a month in Q2, EUR30 billion a month in Q3 and EUR20 billion a month in Q4, and will continue as long as necessary. No surprises in the statement.

However, the mood began to shift during ECB President Christine Lagarde’s press conference.  During her statement, Christine Lagarde said that inflation surprises caused unanimous concern for the governing council.  She later went on to say that inflation risks are tilted to the upside and that the persistence to underlying inflation remains uncertain.  In addition, during the Q&A portion, when given the opportunity, she did not repeat he comments from December that a rate hike in 2022 was highly unlikely.  Markets immediately took the cue that Christine Lagarde was less dovish, and maybe even a little hawkish!  This seems to be a reversal of stance from the December meeting.

But the rhetoric continued even after the meeting.  ECB sources were on the wires after Christine Lagarde was done with her press conference with the following headlines:

EUR/USD was relatively muted when the statement was released, moving within a tight range between roughly 1.1280 and 1.1300.  However, during the press conference and on the headlines from ECB sources, the pair rallied over 125 pips. 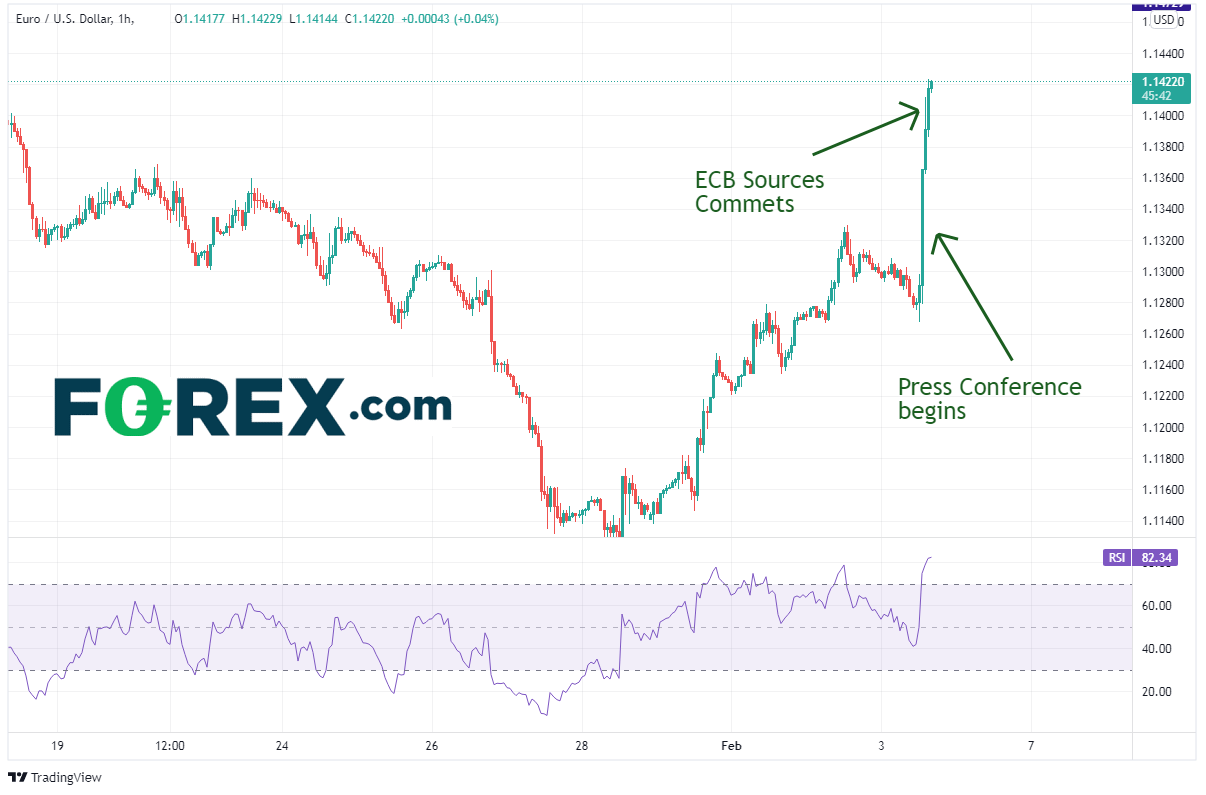 EUR/USD had been in a downward sloping channel since May 2021.  After a brief attempt to break above the channel on January 12th to 1.1482 the pair fell back into the channel the next day.  EUR/USD continued lower and formed a morning star candlestick formation, making a low of 1.1121 on January 28th.  A morning star formation is a 3 candle reversal pattern in which there is a large red candle, a hammer or doji candle the next day, and a large green candle the last day. Notice how the EUR/USD never tested the bottom trendline of the channel before moving higher.  From there it was off to the races for the EUR/USD and it hasn’t looked back. 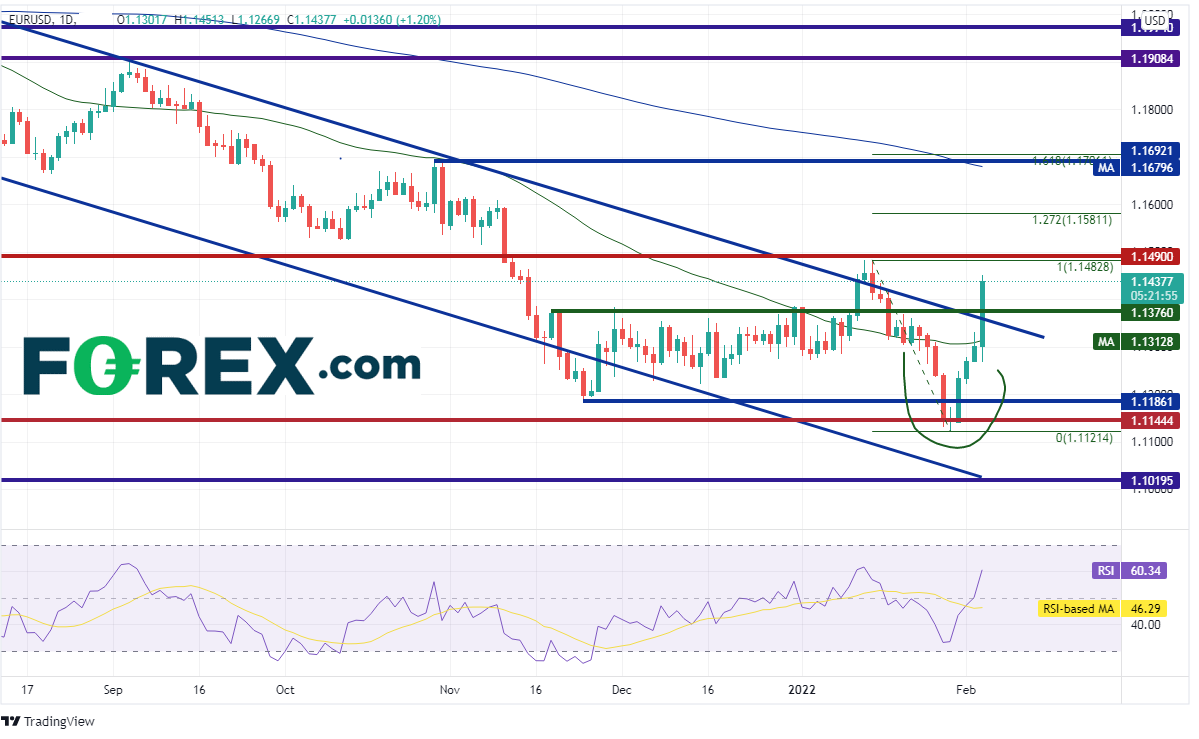 First resistance is at the January 14th highs and long-term horizontal resistance between 1.1482 and 1.1490.  The next level of resistance is the 127.2% Fibonacci extension form highs of January 14th to the lows of January 28th near 1.1581.  Above there is a confluence of resistance at the 200 Day Moving Average, horizontal resistance, and the 161.8% Fibonacci extension of the same timeframe, between 1.1690 and 1.1706.  The first support level is horizontal support at 1.1386, then the downward sloping top trendline of the long-term channel near 1.1360.  If price breaks below the trendline, the next support level is at the 50 Day Moving Average at 1.1313.

The statement was less dovish, the press conference was slightly hawkish, and the ECB Sources were hawkish. As a result, EUR/USD rallied over 125 pips.  Will it continue?  Christine Lagarde mentioned that the ECB will be data dependent.  That means traders should be watching the data too!