By :
Fawad Razaqzada
,  Market Analyst
As mentioned earlier, there was a great deal of uncertainty over whether the European Central Bank would opt for a 25- or 50-basis point rate hike today, which meant that the euro would move sharply based on the decision as the market was unsure.

Well, the euro surged higher after the ECB decided to hike the main deposit rate by 50 bp to zero, and introduced a new tool to counter “unwarranted, disorderly market dynamics.” But during the press conference, all of those gains evaporated.

The ECB has indicated that further normalisation of interest rates “will be appropriate.”

Some would argue that it was a bit careless on their part to hike by 50 bps given that their communication all this time was for 25 bps. But what really changed that decision was threefold:

So, it was a case of common sense prevailing. Lagarde didn't try to put a bit of a dovish spin on that when she started the ECB press conference, although the euro lost all its previous gains when she was pressed about the new policy tool - Transmission Protection Instrument. .

At her press conference, President Lagarde confirmed that all countries will be eligible for TPI, and these are the four country criteria to be entitled:

The ECB is now effectively deciding which country is fiscally solvent with sound policies. It is a dangerous territory to be stepping into. What about Italy? Will it be meeting these criteria? This may worry stock markets and send the major indices lower.

The EUR/USD rose along with the other euro pairs, most notably the EUR/JPY, before dropping during the ECB press conference. 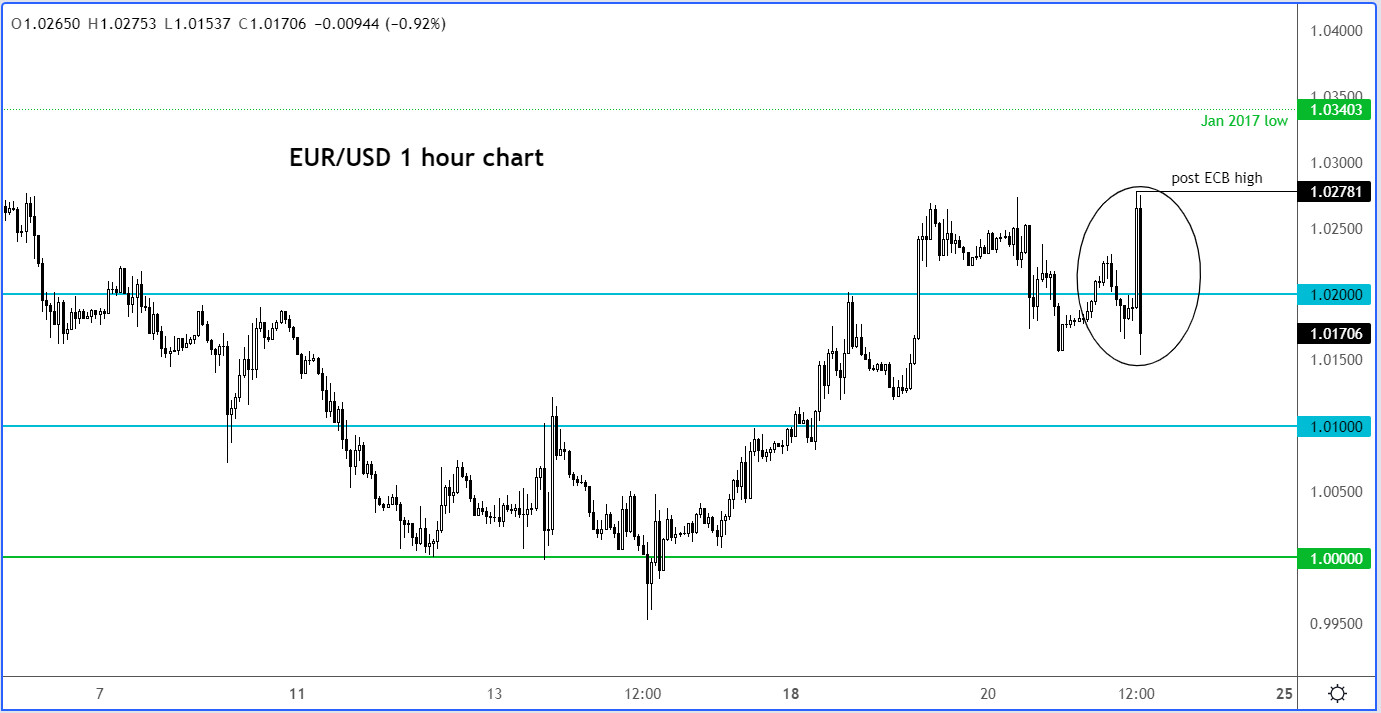