Just when you thought the Fed was not as hawkish as first thought, enter James Bullard.  He is President of the Federal Reserve Bank of St Louis, as well as a member of the FOMC committee.  Yesterday, the back end of the yield curve moved lower with 30-year yields moving from a high of 2.212% down to 2.094%, a decrease of nearly 12bps.  In addition, 10-year yields moved from 1.589% down to 1.506%, a decrease of 7 bps.  This indicates the FOMC may have seemed a little too hawkish for the markets liking. See our complete FOMC recap HERE.

Bullard tried to cement the results of the FOMC’s discussion on Wednesday with his hawkish rhetoric this morning:

As a s result of the hawkish stance, the US Dollar has continued its path higher since the FOMC statement on Wednesday afternoon.  After the extended move post-FOMC, we were looking for correction, as the RSI has moved into overbought conditions.  Thus far, we haven’t gotten it yet: 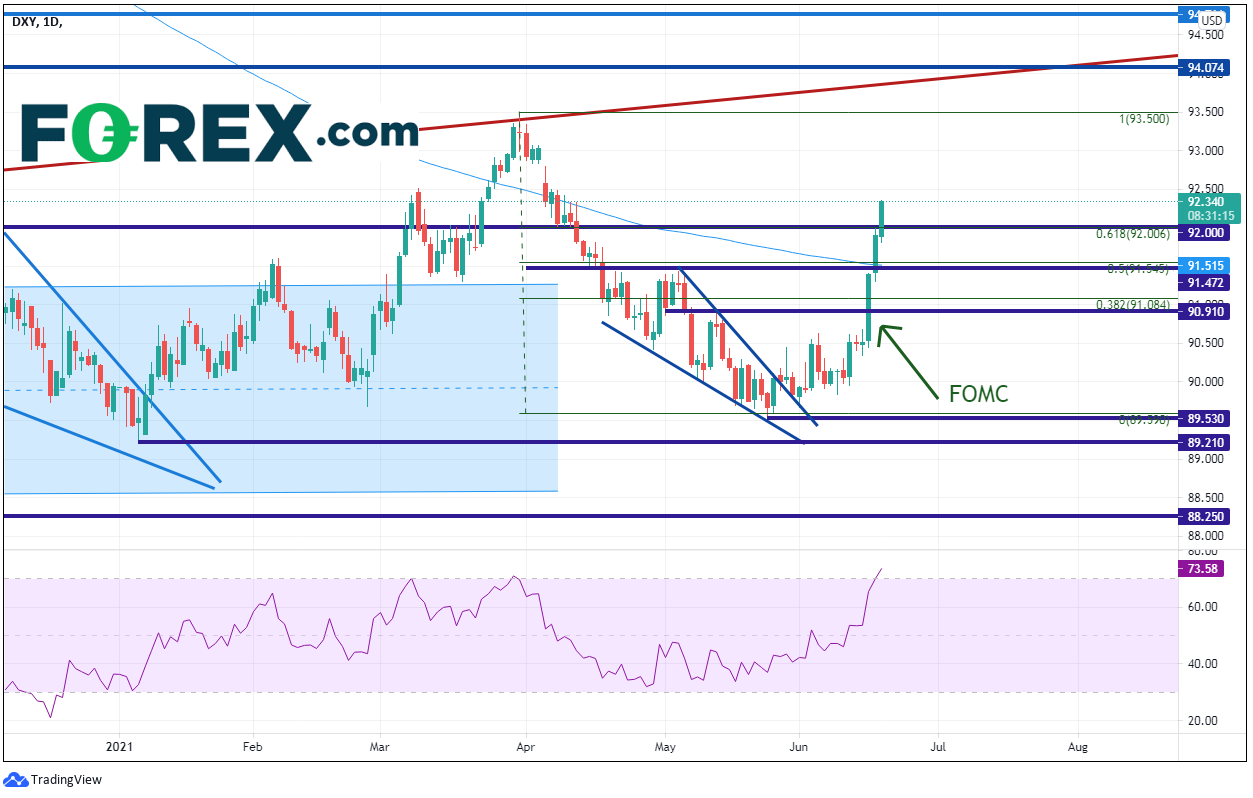 Everything you Need to Know about the US Dollar

On today’s move higher, price busted through the 61.8% Fibonacci retracement level from the March 31st highs to the May 25th lows. The RSI has also moved further into overbought territory with a reading close to 72.75, an indication a pullback may be ahead. The next resistance level isn’t until the gap fill at 92.83 from April 5th.  Support is at today’s lows near 91.80.

Looking at the AUD/USD, after forming a DOUBLE Head and Shoulders pattern, price began to move aggressively lower post-FOMC.  The pair halted at the 200 Day Moving Average once it reached the target for the second head and shoulders pattern near 0.7560.  However, the pair continued to move lower as Bullard spoke, and can continue lower to horizontal support near 0.7410.    The target for the larger Head and Shoulders patten is near 0.7220, however it must first pass through additional horizontal support near 0.7342 if it’s going to reach there.  Resistance is above at the 200 Day Moving Average near 0.7550, and then horizontal resistance at 0.7645. 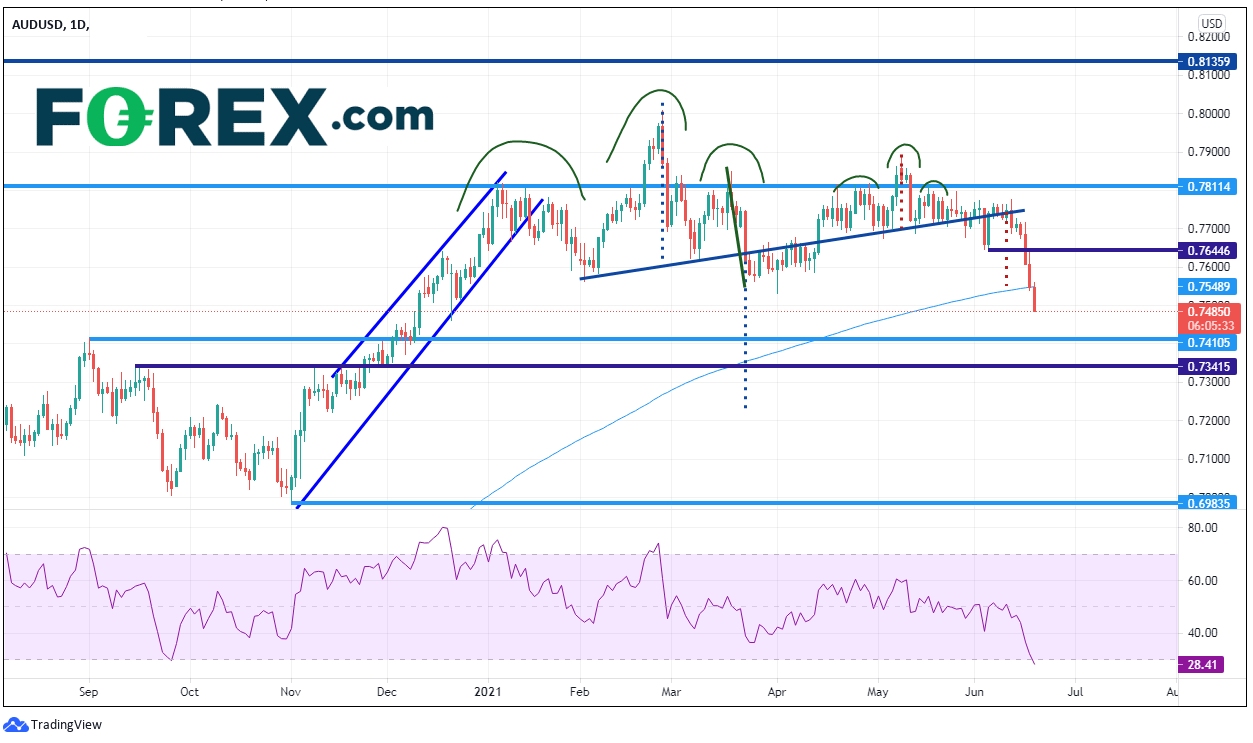 EUR/USD has been moving lower on the Bullard comments as well.  See the recent article from my colleague Fiona Cincotta  EUR/USD at two-month low on central bank divergence for some great analysis of EUR/USD!

Bullard’s comments sent a message to the currency markets.  Tapering is coming sooner rather than later.  If Fed members continue to speak as hawkish as Bullard, the US Dollar could have further to run on the upside!

*Note that Bullard is not a current voting member of the FOMC, however he will be in 2022.