Silver Slides To Its Lowest Level This Year 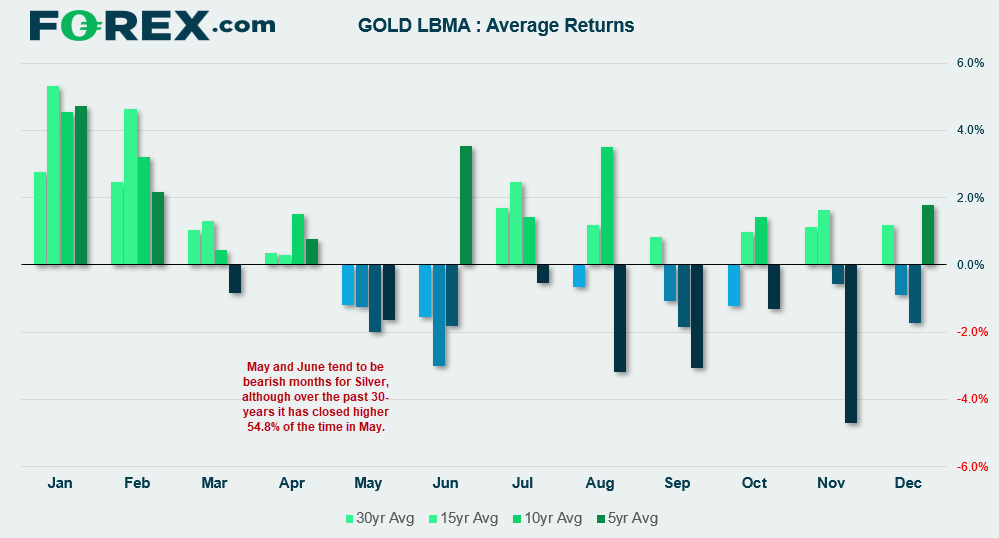 As noted in our weekly COT report, large speculators dipped into net-short positioning to finally join bearish managed funds, who have been net-short since early April. Seasonally, Silver tends to perform well from January through to April but this has clearly not been the case this year as it closed lower in February, March and April. It’s interest to note that May and June tend to be bearish months for Silver, with an average negative month sitting at -8.2%. That said, it has closed higher 54.8% of time in May over the past 30 years so the -1.2% average for May has been dragged lower by fewer, more bearish months. But with yesterday’s bearish breakout, we think we could be headed for another bearish May. 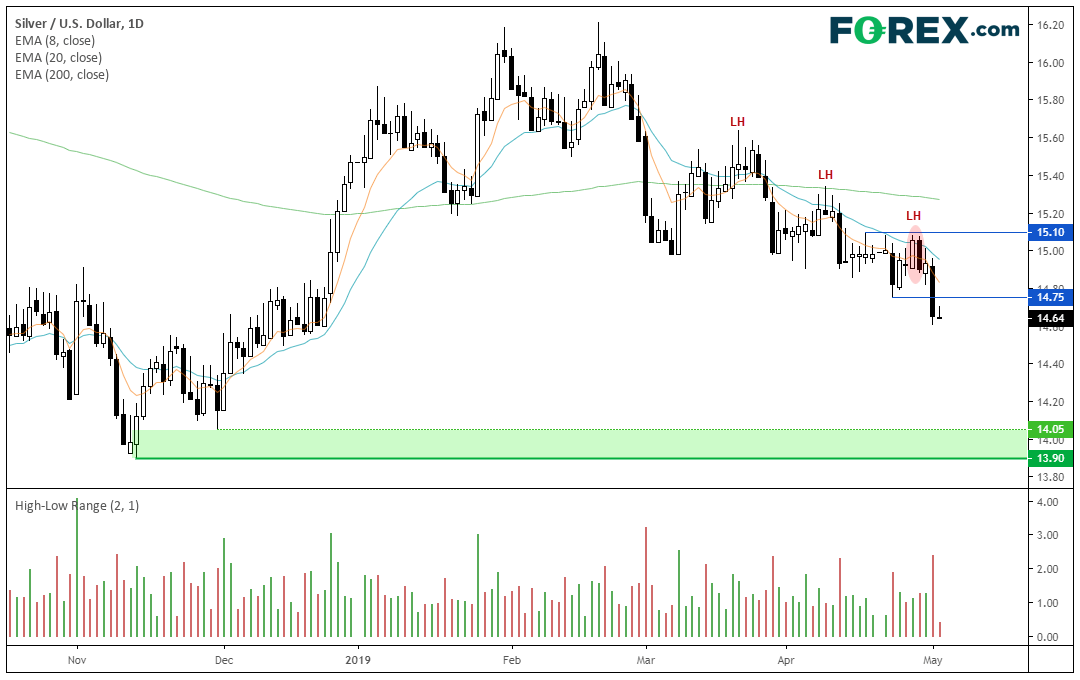 Yesterday’s close was its most bearish session in 5 weeks and its widest daily range since early March. Furthermore, as the most volatile days are mostly bearish and yesterday’s close takes Silver beneath the below the October and November highs, we expect Silver could extend losses form here.

Clearly, the bullish wedge formation has been invalidated as prices have clearly broken out of the $14.75 - $15.10 range we highlighted, after warning volatility was brewing for Silver ahead of yesterday's break.

The dark cloud cover reversal below $15.10 resistance formed a lower high and the 8 and 21-day eMA’s continue to point lower. Currently trading near yesterday’s, bears could look to fade into moves below $14.75 over the near-term. However, given there’s no clear structural levels until the $13.90 - $14.00 region, traders could consider a wider stop to help rise out any volatility on the daily chart.