US CPI preview: Inflation could fall to 8%, but the Fed isn’t slowing down yet

No matter where you are, you can’t help but hear about it: Inflation is the biggest economic topic on consumers’, businesses’, and crucially, policymakers’ minds.

After a big coordinated rise throughout spring and summer, price pressures are likely to diverge as we head into the cooler months of fall, with Europe likely to see inflation worsen amidst its ongoing energy crisis while the pace of price increases could slow in the US as supply chains come back online and pent-up demand fades. Tuesday’s release of the US’s August Consumer Price Index (CPI) will put this theory to the test, with potentially big implications for policymakers and by extension, markets.

On a headline basis at least, Jerome Powell and company are expected to get a respite from continually rising prices, with the sequential (month-over-month) CPI reading expected to fall by -0.1%, a figure that could drop the year-over-year inflation rate to roughly 8.0% after a peak above 9% two months ago. That said, the so-called Core CPI, which filters out more volatile food and energy prices, may rise by 0.3% m/m, bringing the y/y rate to 6.1%.

In terms of the specifics, energy prices likely declined by more than 6% on the month (the biggest factor contributing to the divergence between the headline and core reading), whereas rental inflation is expected to be stickier through this month and into 2023, even if it does start to slow gradually.

Where the rubber meets the road, of course, will be at the Fed’s monetary policy meeting on September 21st. As we go to press, traders are pricing in nearly a 90% chance of a third consecutive 75bps interest rate hike from the Federal Reserve, and recent comments from central bankers have done little to dissuade traders of that notion. Even if we see a softer-than-expected inflation reading on Tuesday, Jerome Powell and Company will likely stick with a 75bps hike this month, only considering slowing the pace if we see a multi-month trend of disinflation.

From the above perspective, the market impact of the print may be somewhat limited, but it still represents the most important economic data release of the week. Looking in at the dominant FX trend of 2022, USD/JPY, rates reversed ahead of the 1998 highs in the 146-147 area this week, and between the nearly fully discounted 75bps rate hike from the Fed and the most intense jawboning from the BOJ in years, rates could fall further through the middle of the month.

To the downside, the first key support level to watch on USD/JPY will be 139.50, where prices topped out back in July. Given the well-established uptrend and increasingly divergent monetary policies between the US and Japan, bulls may look at that area as an opportunity to buy back into the dominant longer-term uptrend and drive USD/JPY back toward 24-year highs by the time we’re flipping the calendar to October. 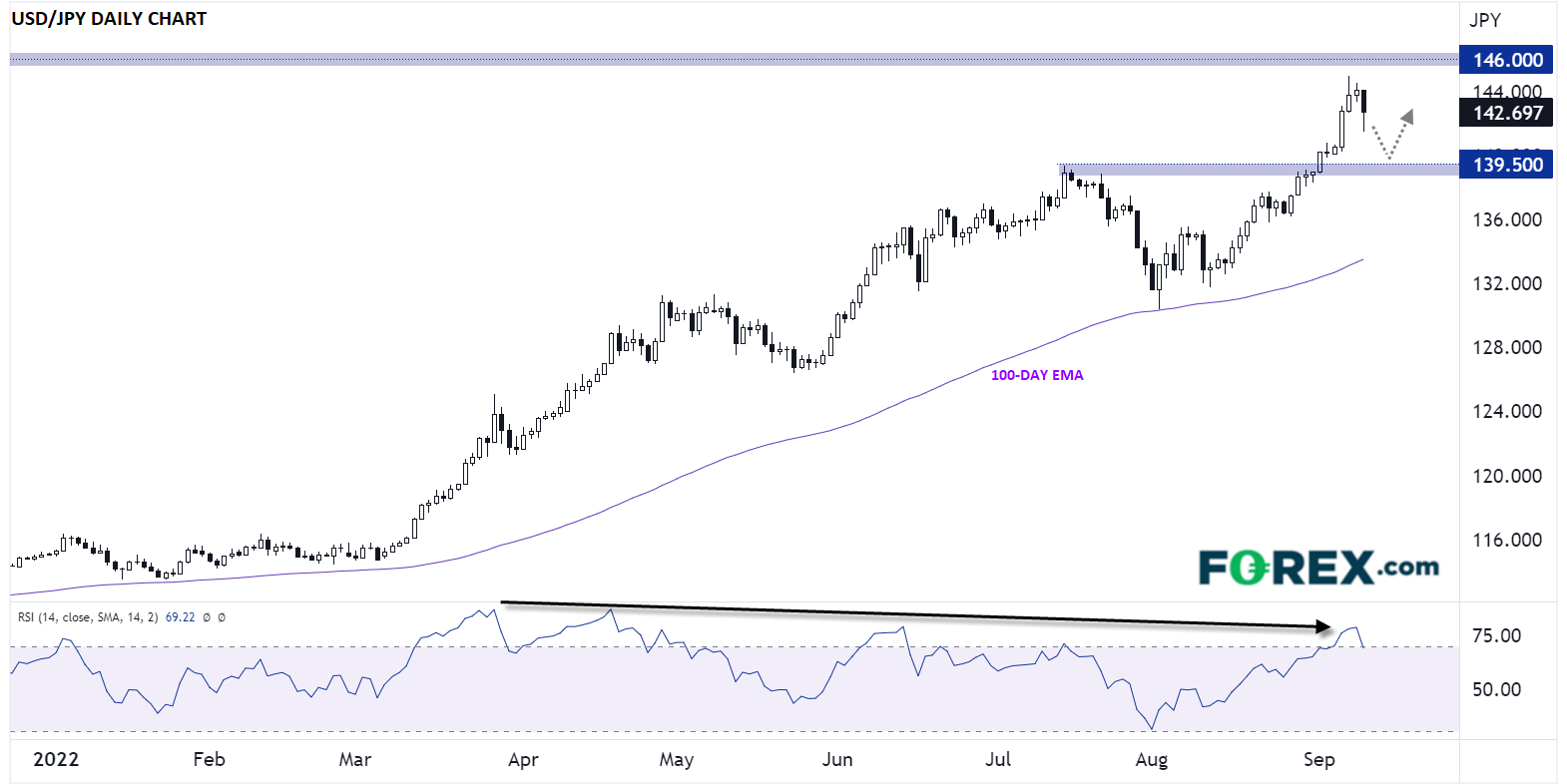