Orders for large ticket items, such as aircraft and autos, fell by -0.1% MoM in July vs expectations of -0.3% and a reading of +0.8% in June.  One of the reasons Durable Goods Orders is so volatile is because of new orders for aircraft.  Boeing had a reduction in orders, which helped bring the headline number lower.  It was the first contraction in 3 months. Excluding transportation, Durable Goods orders actually increased by 0.7%.  However, without the governments help in the defense sector, the print would have been even worse, at -1.2%!  The government increased their orders in defense spending by over 20%, which helped support the headline number.

The US Dollar Index, which had set a new high for the year last week, had been forming an ascending triangle.  However, after testing the top trendline of the ascending wedge on Friday, the DXY began moving lower and broke below the bottom trendline yesterday.  Notice that the RSI had been diverging with price as DXY put in the new high.  Today, the index is trying to stage a recovery, however it is up against both horizontal resistance and the upward sloping trendline of the wedge near 93.14. 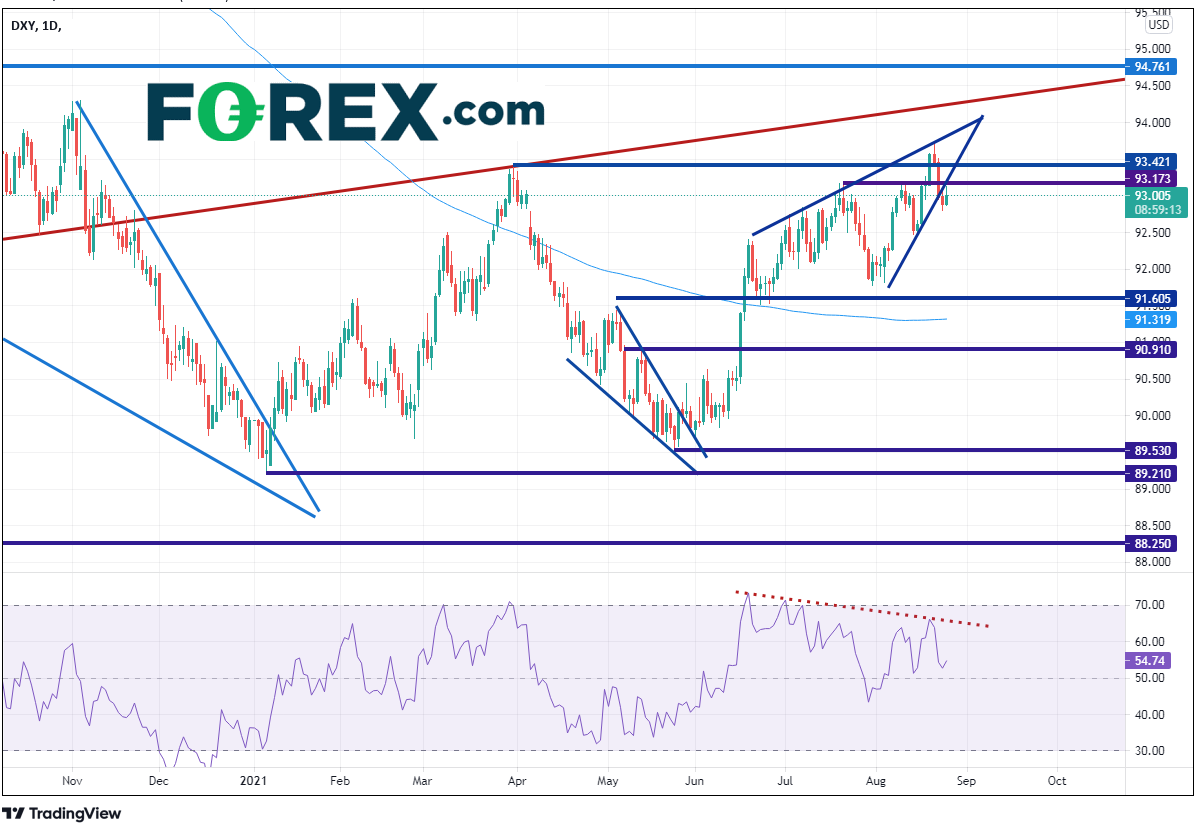 So, will the DXY continue moving lower?  A large part of this answer will be determined by Fed Chairman Powell’s speech at Jackson Hole on Friday.  (Check out Matt Weller’s preview)  The DXY had paused on its pullback near the 61.8% Fibonacci retracement level from the August 13th lows to the August 20th highs, near 92.95.  From a technical standpoint, it appears as if the DXY could move lower.  If the US Dollar Index can’t move above the 93.14 level, it will have formed a flag pattern.  The target for a flag pattern is the length of the flagpole added to the breakdown point, which would be near 92.25. However, it must first get through support at the bottom of the flag at 92.80 and the August 13th lows at 92.47. 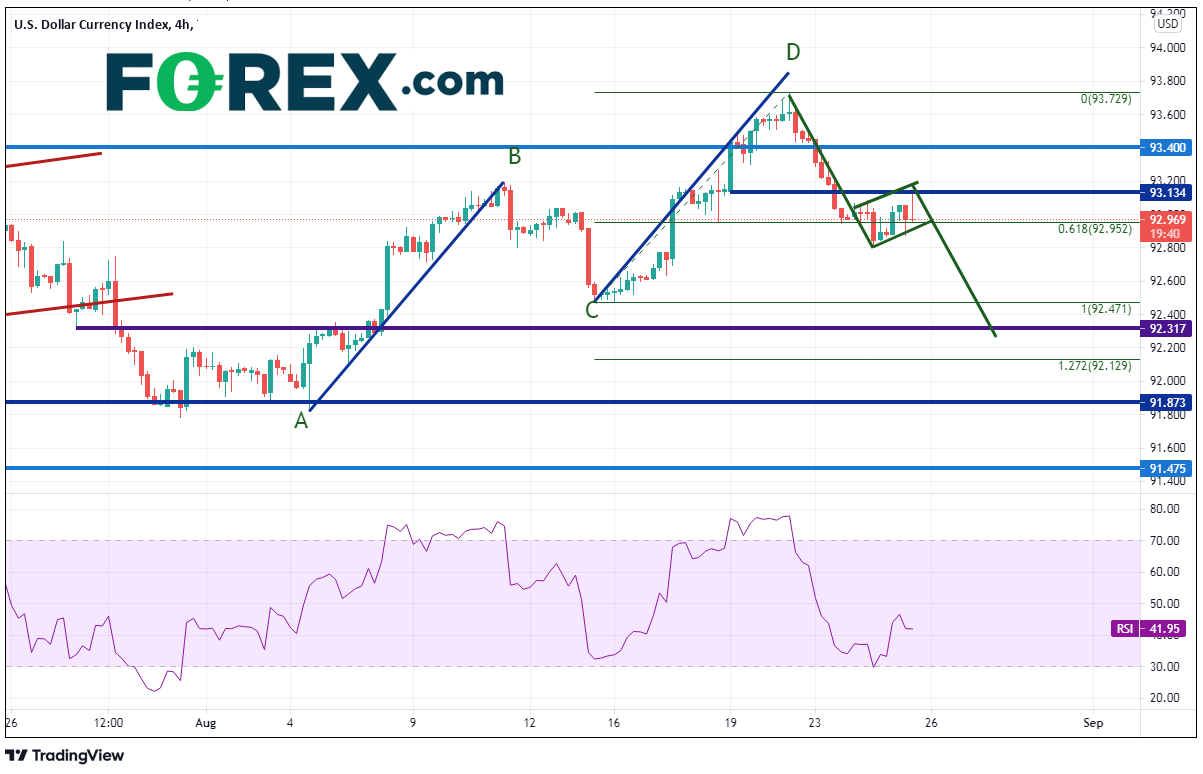 Although Durable Goods Orders data show a valuable part of business spending for a particular month, they tend to be volatile and sometimes may not be a good economic indicator for determining market direction.  With Powell speaking on Friday at Jackson Hole, traders seem to have their attention focused on whether or not he will make a tapering announcement at that time.  Traders will be positioning themselves ahead of Friday!