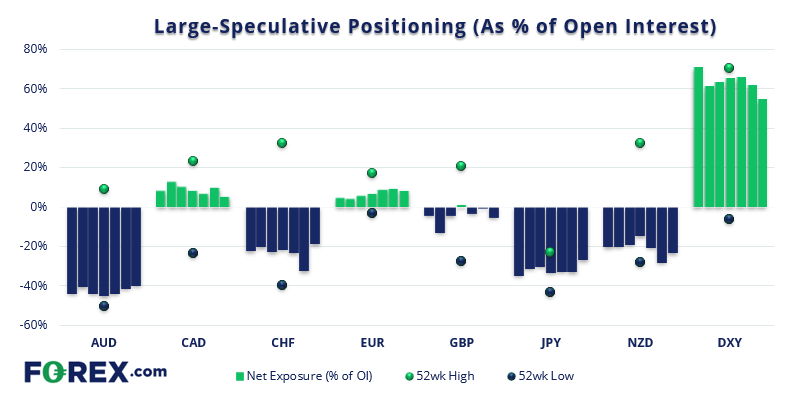 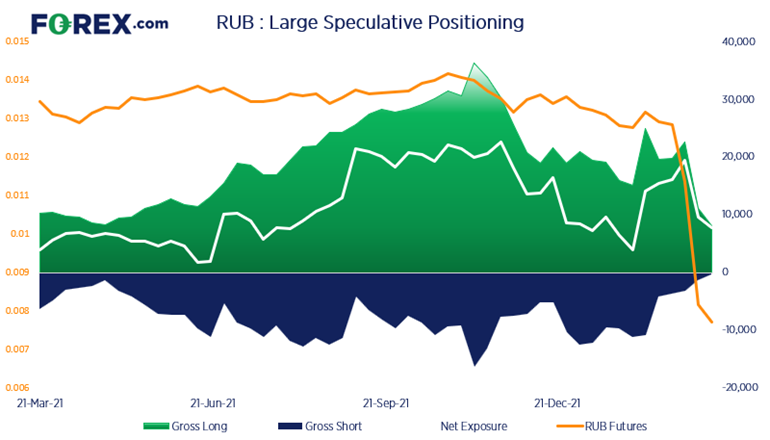 Two key features stand out on this chart; the ruble has been in freefall and large speculators (on the CME exchange) are reducing exposure to it. The currency fell nearly 40% two weeks ago as hard-hitting sanctions on key Russians and the central bank were announced. Since then, we have seen a significant reduction of gross longs and shorts. And who can blame them with a domestic stock market that remains closed and capital controls in place. It may not be an ideal market to trade for many at the moment, but it does at least highlight the sentiment towards Russian markets. And that is to steer clear of them. 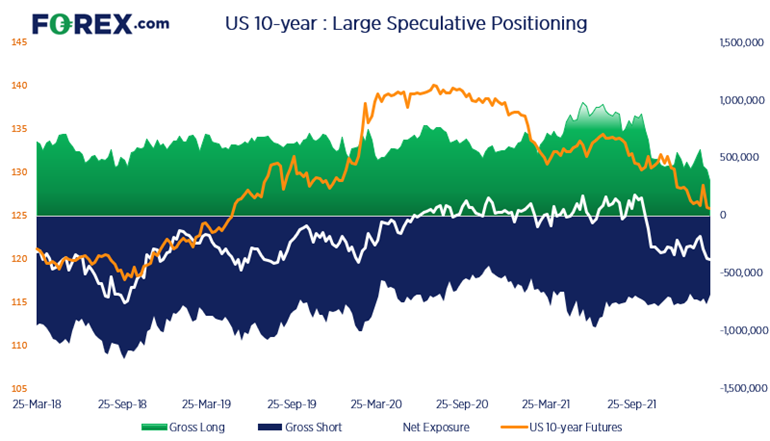 Bond prices move inversely to yields, which means that weaker bond prices send yields move higher. It’s therefore interesting to note large speculators were their most bearish on the 10-year bond since February 2020, just as the pandemic swept its way across the West. And that could effectively be taken as a bet on higher yields, as the trend lower in bond prices is showing no signs of an immediate trough. 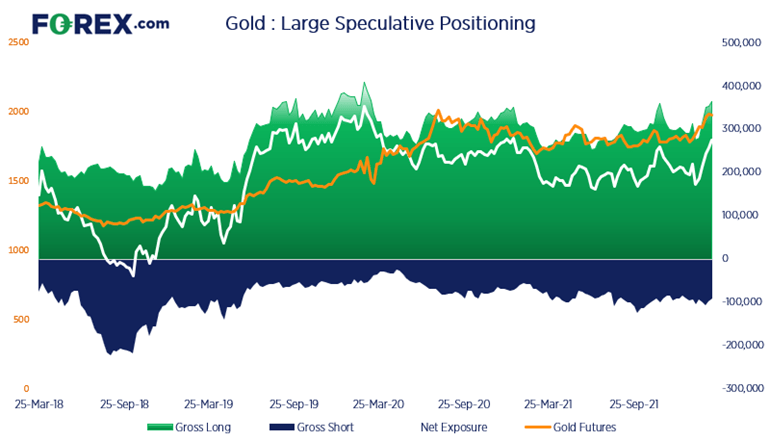 Large speculators increased their net-long exposure to gold futures to their most bullish level since January 2021. Open interest has also confirmed the rally on gold, as volumes have risen to levels not seen since March 2020. Furthermore, traders added 10.4k long contracts last week to take its 5-week total of 88.6k long contracts added, whilst shorts have been trimmed by -6.3k contracts. However, managed funds actually trimmed net-long exposure by -5.6k contracts to suggest some were not ‘buying into’ its potential to break to a new record high, even though it stopped just $5 from it last week. Still, net-long exposure of this sub-set of traders remain near their most bullish level since the pandemic, so many appear to be holding on for a new record high. 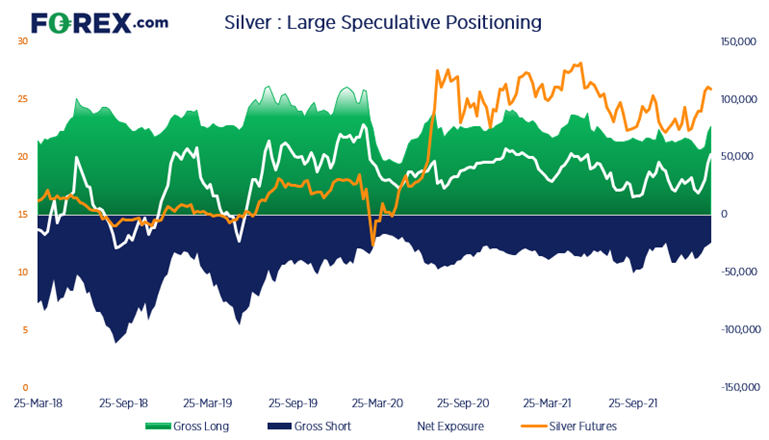 The pattern on silver futures is very similar to that seen on gold. Traders love it. Large speculators are their most bullish since the pandemic, although unlike gold, managed funds also increased their net-long exposure to silver last week. The price reversals seen on copper, palladium and platinum – seemingly related to the sharp rise in nickel prices and closure of LME trading, is not apparent on gold or silver. And they appear to remain the go-to-bet around geopolitical tensions right now. 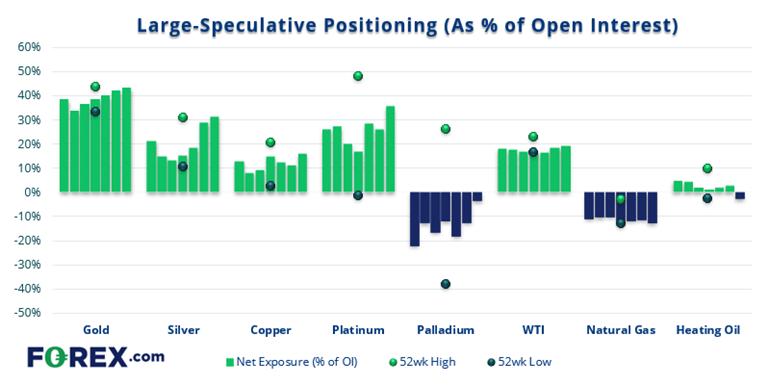