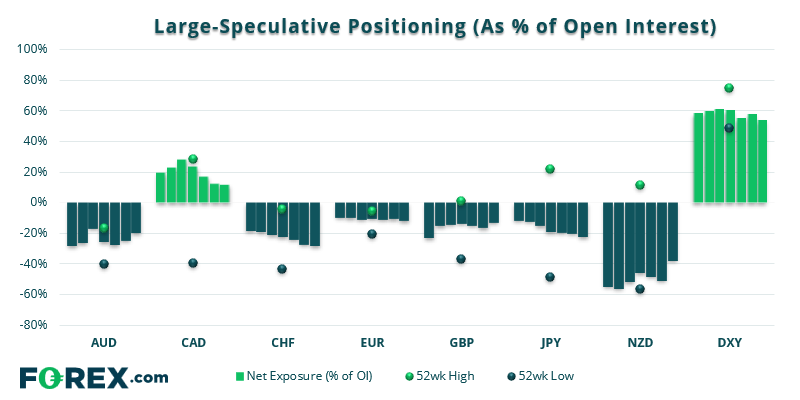 
As of Tuesday 3rd December: 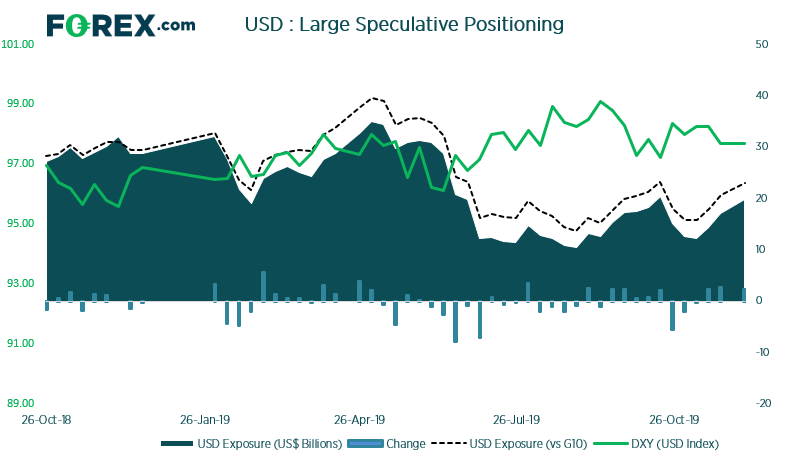 USD: Traders are their most bullish on the dollar in 6-weeks, although we expect this to have picked up since the report was compiled following Friday’s strong NFP print. 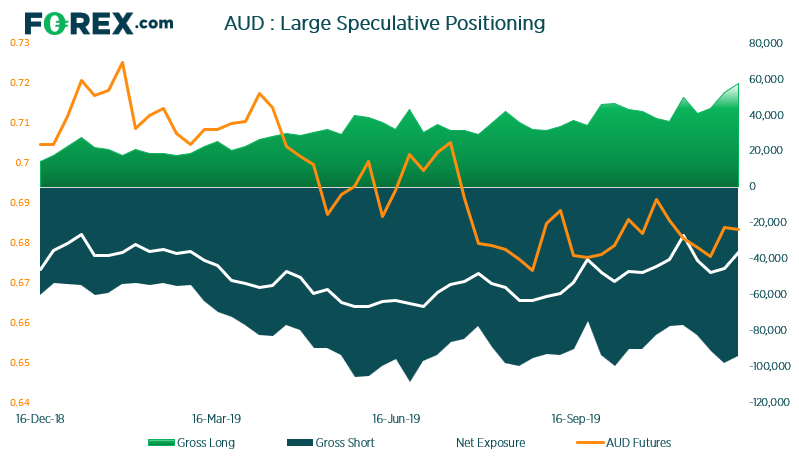 AUD: Traders reduced net-short exposure by -8.9k contracts following last week’s RBA meeting. Gross long exposure continues to trend higher and are at their most bullish level since June 2018. Whilst gross-shorts remain around the 80k-100k region, there’s potential for short covering (and therefor a higher Aussie) if data tracks the RBA’s optimism in the new year. That said, with so many traders remaining net-short, if also points towards the potential for gross longs ot capitulate short data fall short of expectations. 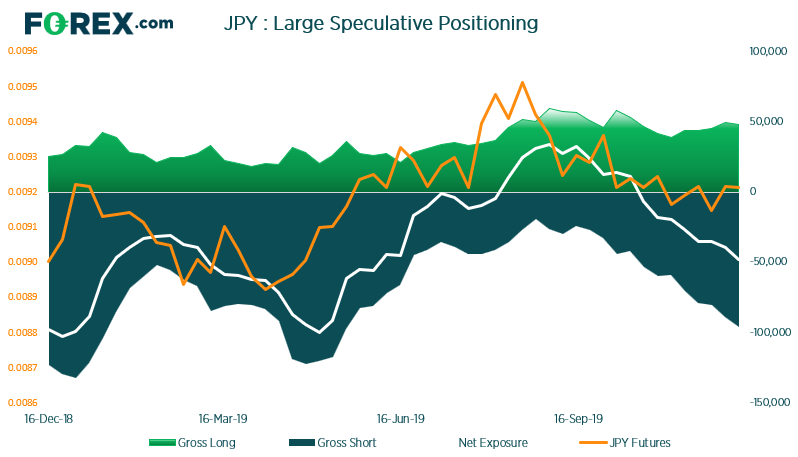 JPY: Traders are their most bearish on the Japanese yen in 6 months to underscore the risk-on vibe in recent weeks. Still, whilst gross-short exposure is trendling nicely lower, gross longs remain anchored around the 40k-50k range. Moreover, as gross-short exposure is now approaching levels previously associated with an inflection point (around 125k region) when we should be mindful for a reversal to occur over the coming weeks.

As of Tuesday 3rd December: 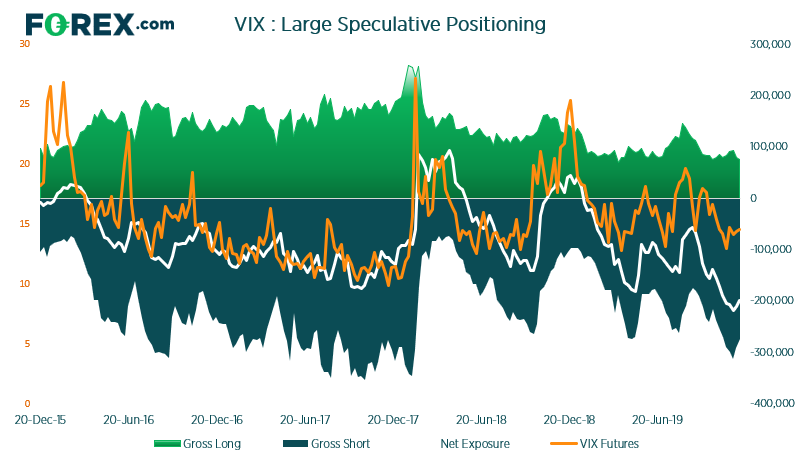 VIX: Whilst we can never be certain of the timing, one thing for sure is that when VIX hits a record high of bearish exposure, they’ll get squeezed at some point. And that’s exactly what happened last week when the VIX exploded higher. Whilst it may go on to mark the low of net exposure, take note that bullish bets on VIX remain on the side lines.