Crude up despite worst Chinese GDP showing in 30 years

At the time of writing, both contracts were still probing their session highs but remained marginally lower on the week.

In the previous week, oil prices had ended a three-week losing streak but there was no immediate bullish follow-through as this week got underway. But oil prices have pared their weekly losses, with both Brent and WTI rising noticeably on Thursday before adding to their gains on Friday morning despite a poor Chinese GDP report. At the time of writing, both contracts were still probing their session highs but remained marginally lower on the week.

In other words, oil prices have stabilised over the past couple of weeks. During this period, we have also seen equity prices rise noticeably as a result of optimism over the US-China trade situation and Brexit. So, the gains can be partially explained away by improved risk appetite as a trade deal is seen as being positive for the Chinese and global economies, and in turn demand for oil.

China, which is the world’s second largest economy, expanded at its slowest pace since the early 1990s last quarter, according to official data released on Friday. While this provides more evidence that the trade war is taking a toll on growth, the more up-to-date data showed industrial production rose a surprisingly large 5.8% y/y rise last month when expectations were for a smaller 5.0% increase. Industrial output has therefore grown at a faster pace for the first time in three months but remains to be seen whether this spike is just an outlier (like in the case of March and June) or the start of something more profound.

From the supply-side of things, news that US crude oil inventories climbed last week by the most in almost six months suggests supply remains plentiful here. Further sharp increases in crude stocks, if seen, may keep price gains in check, although ongoing intervention from the OPEC+ group means the downside will be limited as well. So, overall, we are talking about a range-bound market, but with prices being near the range lows, the probability of a several-dollar rally has now increased.

From a technical point of view, the fact that WTI has broken above the 53.70-54.00 resistance range is bullish. But more work is needed from the bulls. They need to push prices above sturdy resistance in the $54.90-$55.00 range to trigger fresh buying interest. Otherwise, there is a risk that today’s gains could evaporate as we head towards the second half of the day. 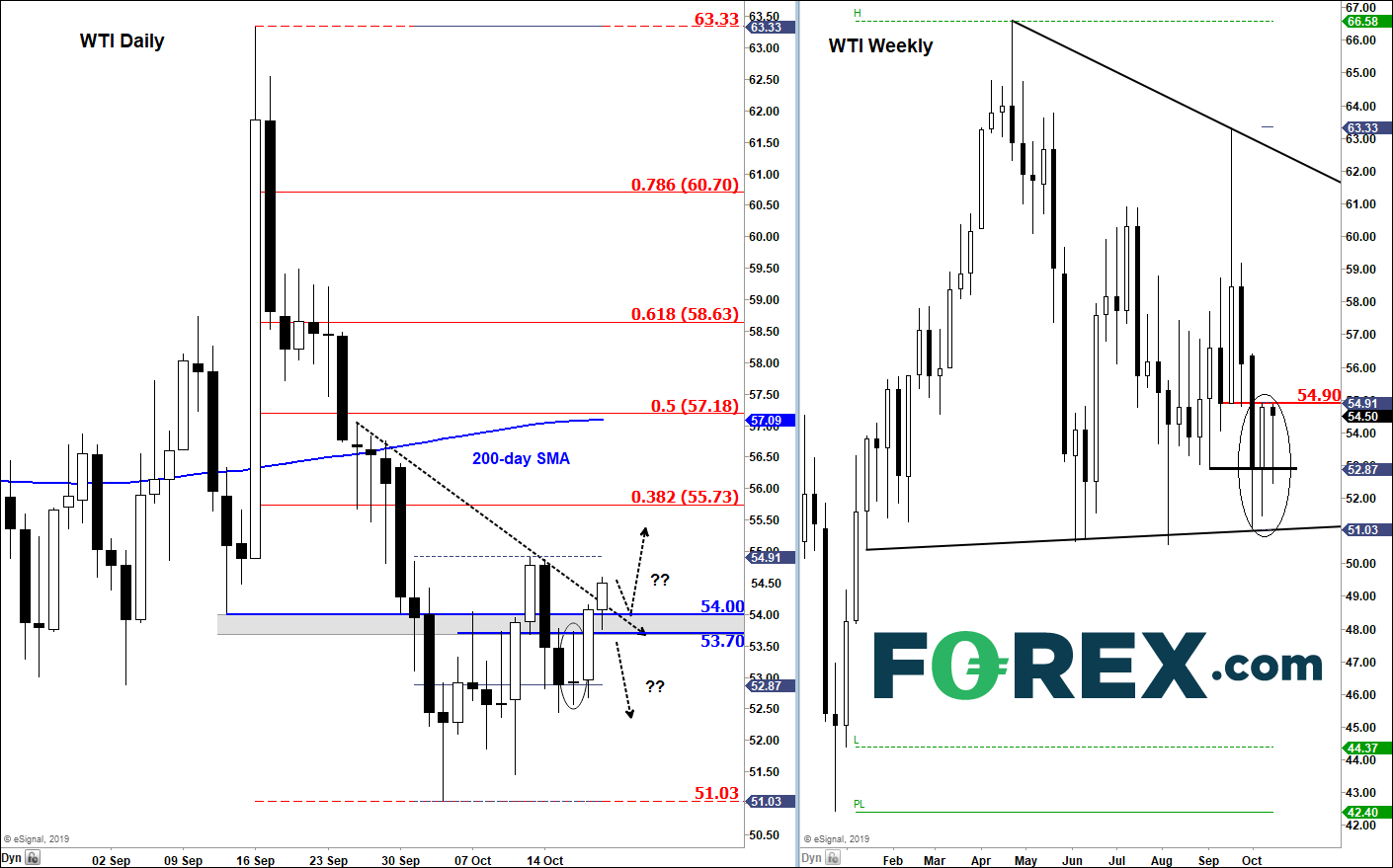