Fib Extensions Point to a Possible Bounce in NZD/USD

The New Zealand Dollar, otherwise know as the kiwi, has been the dog of currencies over the second half of summer.  In particular, the NZD/USD is down almost 500 pips since July 22nd.  Fundamentally, this move is primarily due to fears of the trade war between the US-China.  Because New Zealand is so heavily dependent on China to buy its products, fears are that a slowdown in China would mean a slowdown in New Zealand.  Earlier in August, the Royal Bank of New Zealand surprised the market by cutting interest rates 50bps (a 25bps cut was expected).  At the time, RBNZ’s Orr noted that “nothing is off the table”, referring to the possibility of interest rates moving lower.

This weekend could be a big tell as to what the RBNZ may do at their next meeting.  As my colleague Kelvin Wong previewed earlier today,  China is due to report is national PMI over the weekend.  On Monday, the more widely followed Caixin PMI is to be released.  What if this data is better than expected and more importantly for the kiwi, can it bounce?

The kiwi is currently putting in lows now seen since 2015.  However, technically, there is a cluster of Fibonacci extensions around the current NZD/USD price level of 0.6300.  Fibonacci extensions can act as support, especially when a currency pair seems to be moving into no mans land.  Below is the list of Fib extensions: 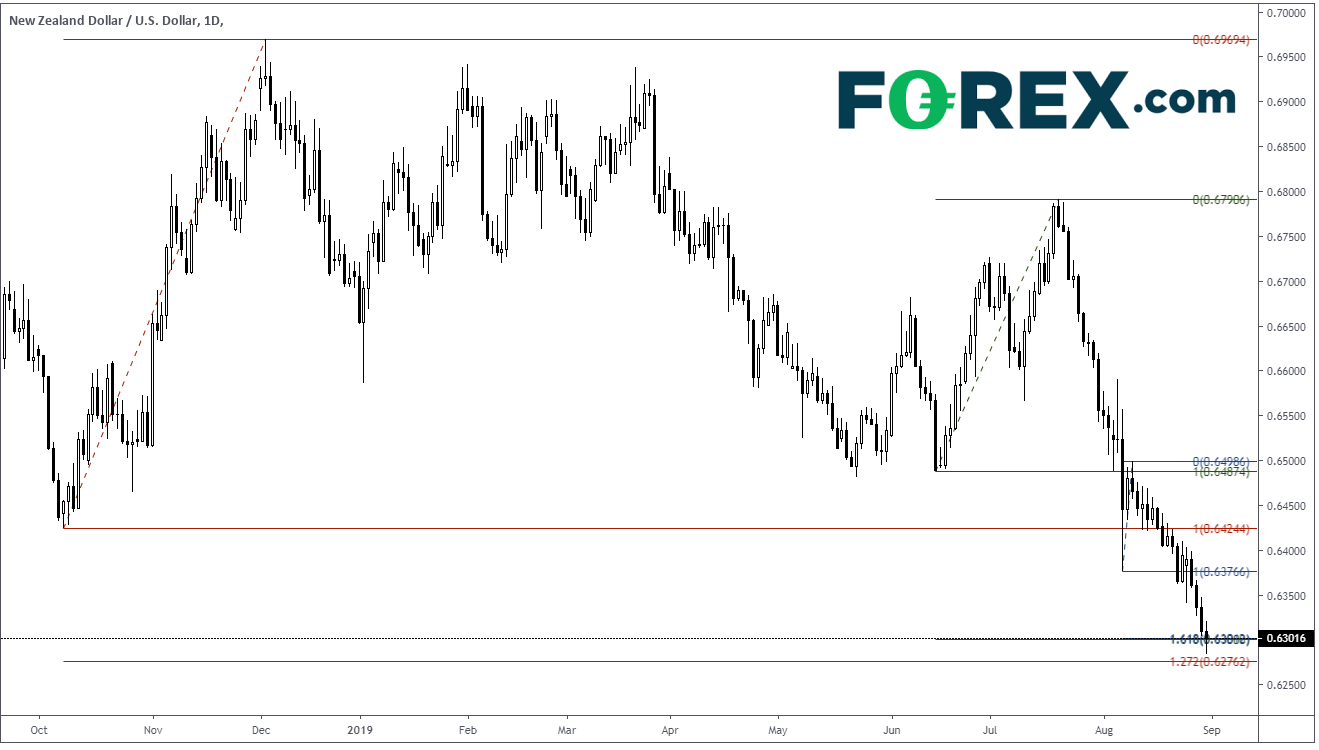 If the Fib extensions can act as support, and perhaps the data out of China this weekend is better than expected, the first level of resistance is at 0.6376, which is the lows on August 6th.   After that, the pair can bounce up towards 0.6500, which are prior lows that now act as resistance.