On a weekly timeframe, USD/MXN has been making lower highs since the pandemic highs at 25.7836 in March 2020.  In November 2021, the pair bounced to the 38.2% Fibonacci retracement from the March 2020 highs to the lows of January 2021, near 21.9307. That resistance held and price continued lower.  USD/MXN bounced once again and formed a shooting start candlestick at trendline resistance during the week of March 7th and the pair has been moving lower since. 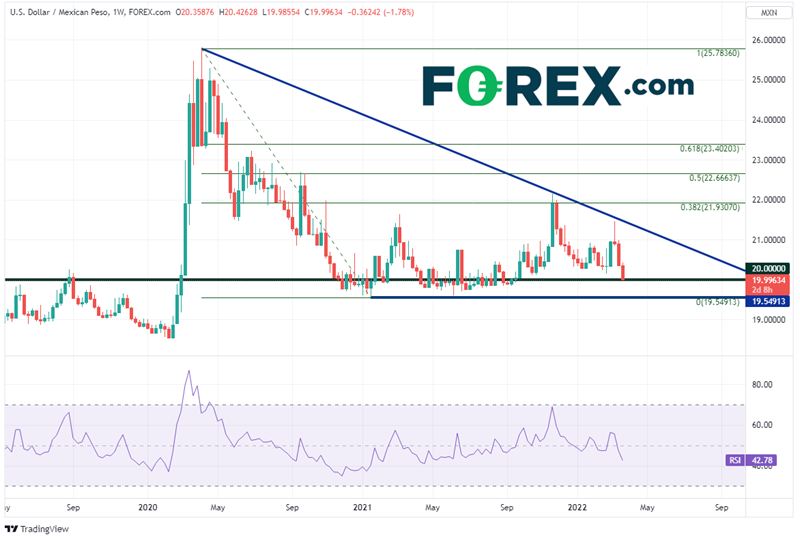 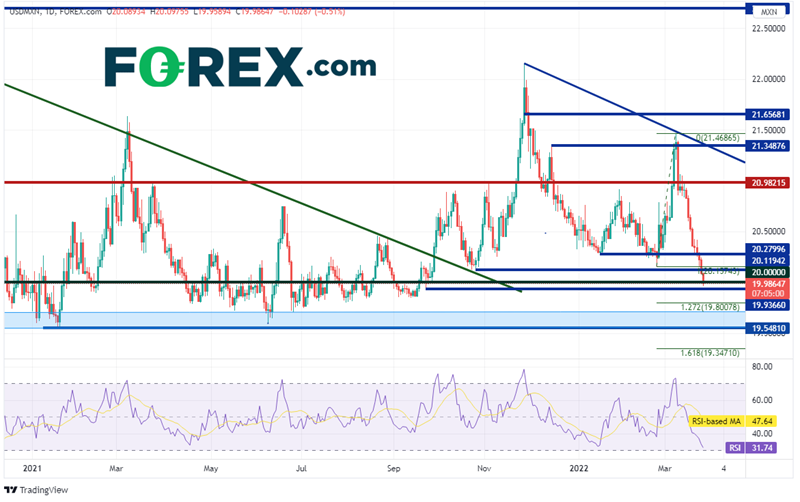 On a 240-minute timeframe, notice that the RSI is extremely oversold after such a quick move lower.  This indicates the possibility of a near-term bounce.  First horizontal resistance sits above at 20.1661, then 20.2687.  Above there, USD/MXN can move higher quickly to horizontal resistance at 20.8324. 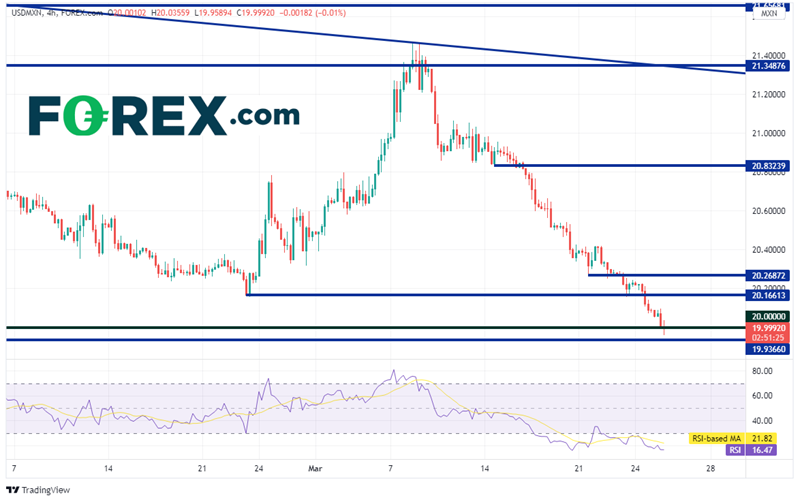 The Central Bank of Mexico increased interest rates by 50bps and revised its inflation forecasts higher. However, it seems that USD/MXN traders were already expecting it!  With the RSI so oversold on the 240-minute timeframe, watch to see if the pair bounces, especially if it can close today above the key psychological round number support of 20.0000.