EUR/GBP may have further to slide

The Currency Pair of the Week this week is GBP/USD because of the reaction from the US Dollar to the recent inflation data. However, it could just have easily been EUR/GBP.  The UK is releasing the Claimant Count this week, which will be the first look at jobs data since the furlong program ended on September 30th. On Wednesday, the UK releases their inflation data and on Friday they release Retail Sales (See the Currency Pair of the Week for expectations).  There is potential for a great deal of volatility in GBP this week.  However, The EU will release CPI data of its own this week.  This will be the October Final look.  Remember that the EU releases its Flash CPI on the last day of the prior month.  Therefore, this number should not add much volatility to the Euro unless there is a big difference between the flash reading and the final print. The flash reading was 4.1% YoY for the headline CPI vs 3.4% YoY in September.  The Core CPI was 2.1% YoY vs 1.9% in September.

The ECB met on October 28th, a day prior to the flash inflation reading.  Christine Lagarde told markets at the press conference afterwards that she expects PEPP to end in March 2022, as planned.  However, she also said that higher inflation will last longer than expected and that conditions for a rate rise are not likely to be met in the timeframe expected by the markets, nor soon thereafter.  Therefore, during the December meeting, at which updated growth and inflation forecasts will be released, the Committee will discuss new options for a bond buying program.

One week later, the BOE met and left rates and their bond buying program unchanged, despite earlier comments from BOE Governor Bailey that they may have to raise rates in order to control inflation.  GBP traders were upset with the meeting outcome and immediately sold the Pound.

EUR/GBP has been in a downward trend since December 2020.  First it fell aggressively from 0.9200 to 0.8472 by April 5th, then fell more orderly in downward channel from 0.8719 on April 16th to the October 27th lows at 0.8403.  After the BOE meeting the pair bounced to trendline resistance at the top of the channel and the 200 Day Moving Average near 0.8574.  However, the resistance held, and the pair sold off on Friday and Monday, as markets became fearful of high inflation data from the UK this week. 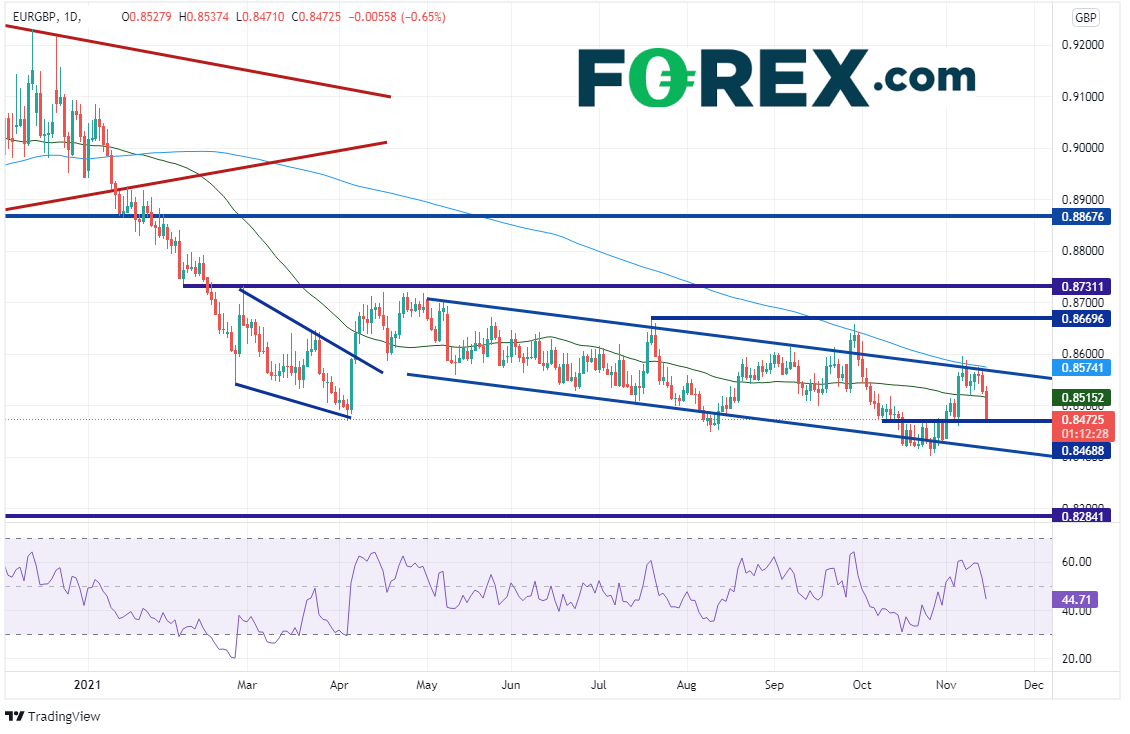 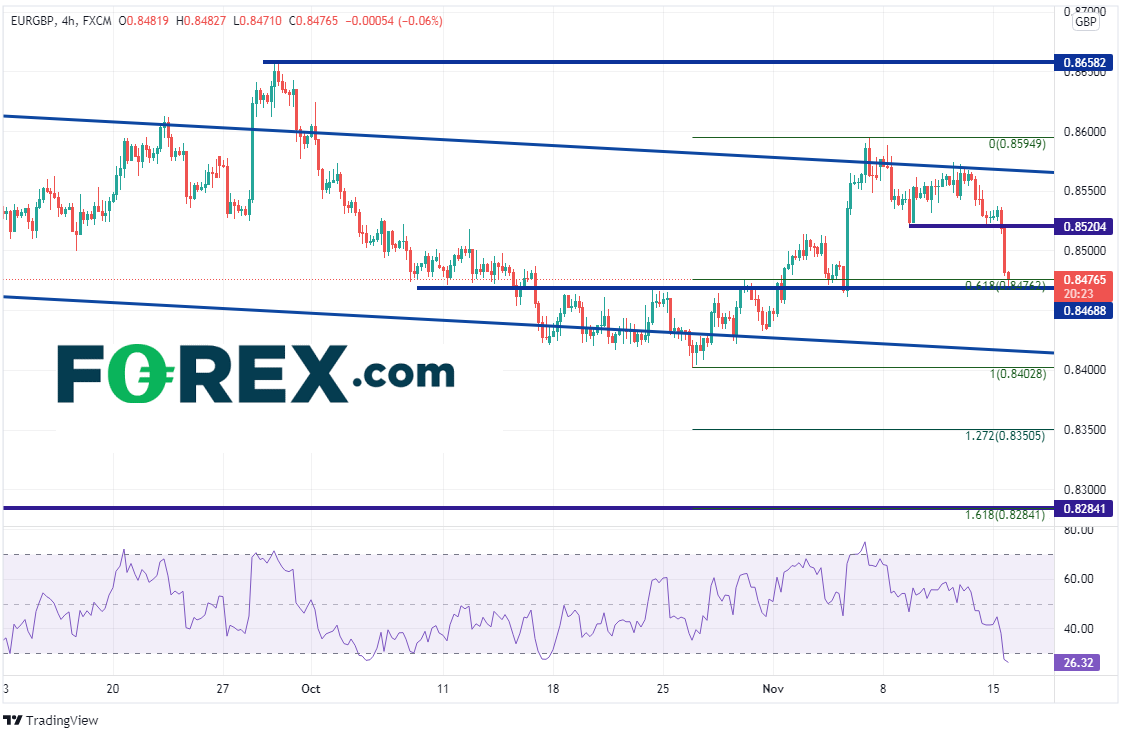 Over the last 2 days, EUR/GBP has moved from a high of 0.8567 to a low of 0.8471, near 100 pips.  With the upcoming economic data from the UK, combined with the lack of interest from the ECB to raise rates any time soon, EUR/GBP could become extremely volatile this week!