As we had discussed in our FOMC preview, Jerome Powell and the Federal Open Market Committee have decided that it is time begin tapering their extraordinary money stimulus bond buying of $120 billion bonds per month.  They will do so at a pace of $15 billion per month, beginning in November  (some had thought December).  The $15 billion of bonds tapered will consist of $10 billion of Treasuries and $5 billion of MBS, which will end in June.  Of course, they can always adjust the pace of tapering as warranted.

The committee members also took into consideration the use of the word “transitory”. Rather than maintaining that “inflation is elevated, largely reflecting transitory factors”, the wording has been changed to, “factors are expected to be transitory”.  This is to say that their expectations may be wrong (ie, inflation may hang around longer than expected) and they can increase the tapering if necessary.

There is no mention of any timing in the increase of interest rates.

In the press conference, Powell spent a good deal of time discussing that the focus of today’s meeting was on tapering bond purchases and NOT on raising interest rates.  Powell stated that the economy is not at maximum employment and therefore, there was no need to discuss whether conditions have been met for a lift off in interest rates. Once the economy reaches maximum employment, the Fed will look at the supply chain issues (which are causing high inflation).  The Fed now has taken the view that supply chain issues and inflation will last well into next year.

Powell delivered a dovish taper.  The press conference began with the US Dollar nearly unchanged from before the statement.  As Powell spoke more about how there was no need to discuss a liftoff for rates, the US Dollar index began move lower.  Sellers are trying to push US Dollar lower from the month-end buying that came in on October 29th.  Thus far, the DXY has retraced nearly 50% of its Friday move, nearing 93.80.  The 61.8% Fibonacci retracement is just below at 93.68.  Intraday resistance is at 94.21, then Friday’s highs at 94.30. 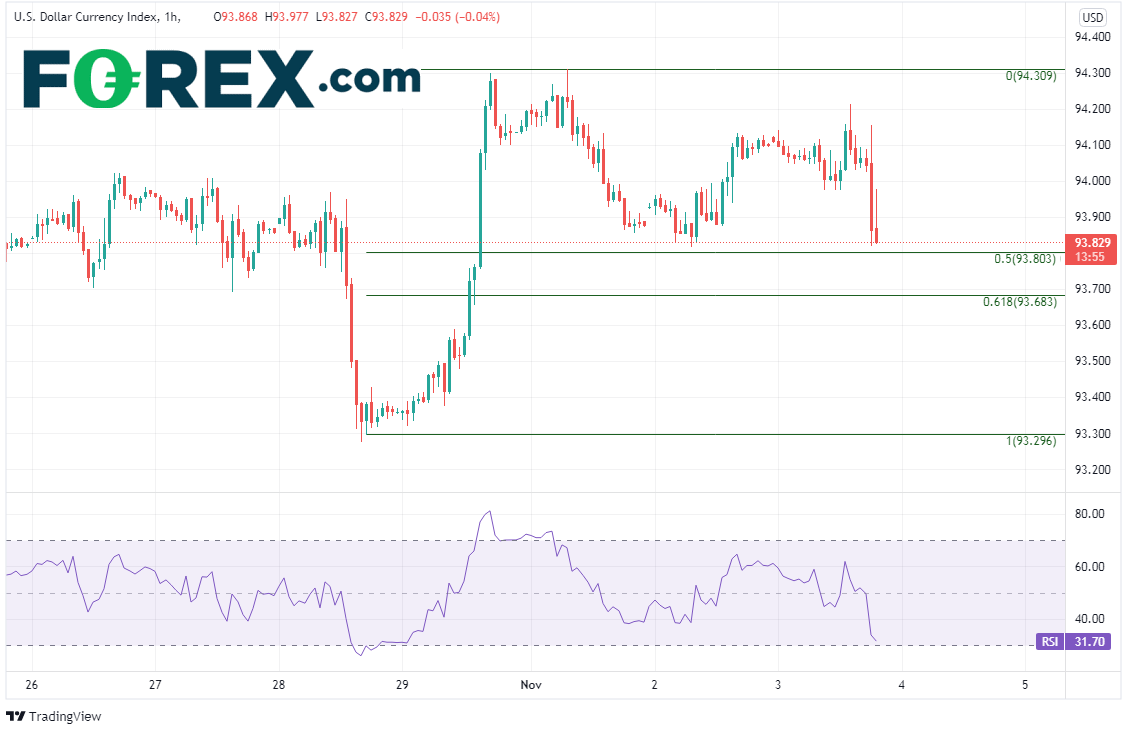 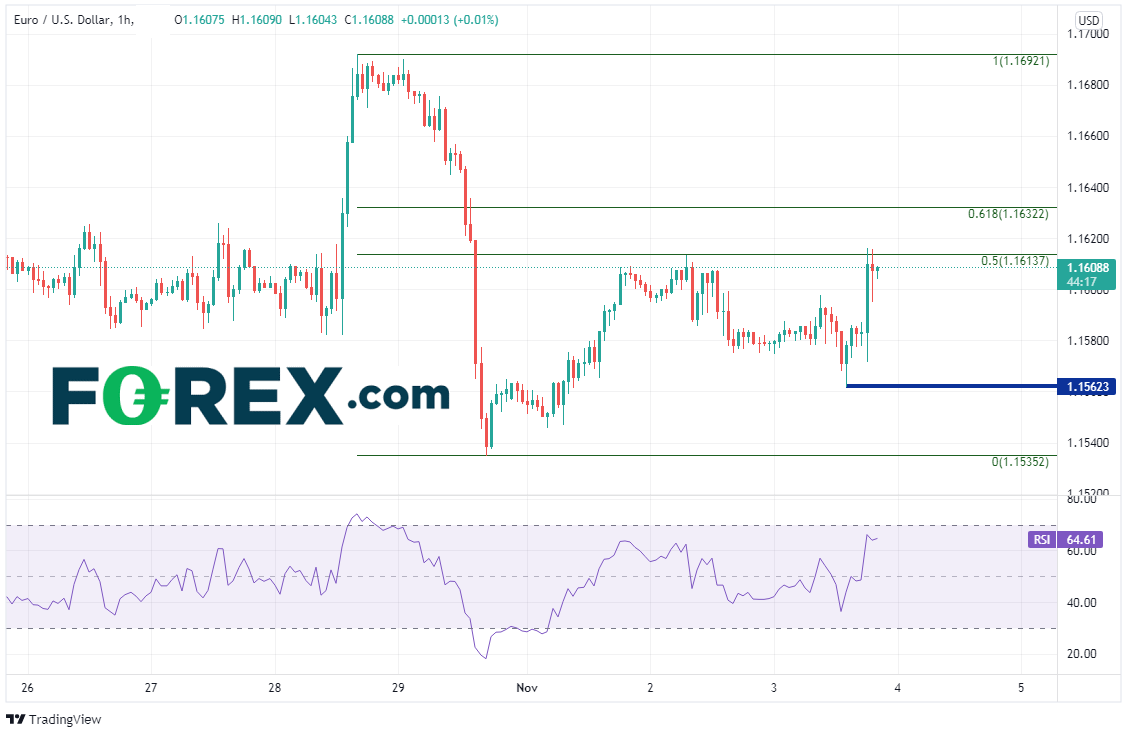 What now?  Markets were expecting a taper, and they got exactly what they were expecting.  However, Powell may have been a little too dovish in trying to prevent a taper tantrum (which sent the Dow to an all-time new high).  The key will be jobs data, which Powell said comes in many forms.  First and foremost is initial claims data in the tomorrow (275,000 expected) and Non-Farm Payrolls on Friday (450,000 expected). If bonds catch a bid, there may be selling stocks to cover the short squeeze in bonds, which would cause the US Dollar to move higher!