Norway’s central bank hiked rates by 50bps today, as expected, to bring the key interest rate to 1.75%.  This follows a 50bps hike at its previous meeting and brings the rate to its highest level since 2012.  The Norges Bank noted that the increase in rates was necessary due to a broad-based rise in prices in recent months, which may remain high for longer than expected earlier. It also referenced the current high level of inflation in Norway, which is 6.8%, and the low unemployment rate of 3.2%, as justification for the large increase.   In addition, the Central Bank noted that “a faster rate rise now will reduce the risk of inflation becoming entrenched at a high level and the need for a sharper tightening of monetary policy”.  The rate hike comes on the heels of many central bank rates increases over the last year to try and bring down the overall level of inflation.

EUR/NOK made a near-term low on April 8th at 9.4337, then aggressively rallied to 10.5406 by June 16th. The pair then pulled back to the 61.8% Fibonacci retracement level from the April 8th lows to the June 16th high near 9.8565.  Today, the candlestick on the daily chart is forming a bearish engulfing pattern.  If price closes below 9.8210, it could indicate that further downside could be ahead. 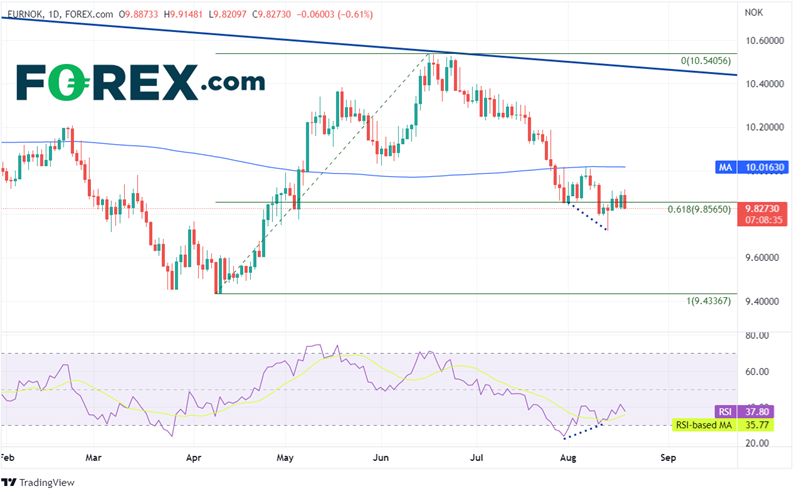 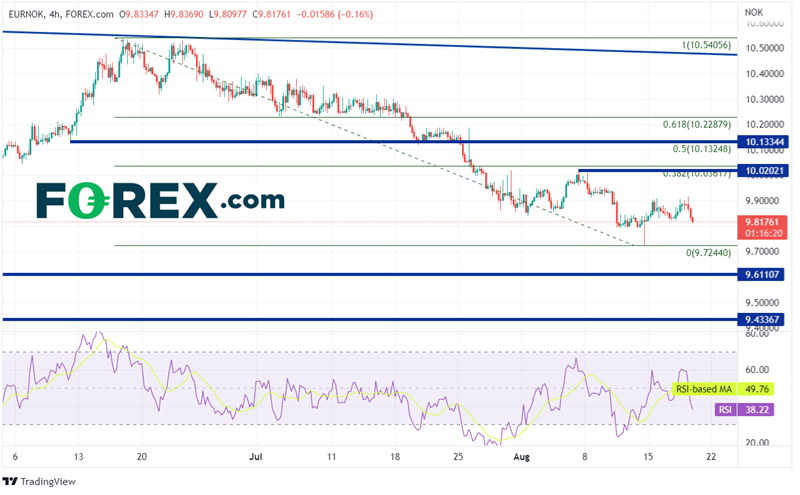 The Norges Bank hiked rates by 50 bps to 1.75% given the recent high levels of inflation. The central bank cited the rapid increase in inflation and low unemployment as justification to due to.  If inflation continues to increase in Norway, expect that the Norges Bank will continue to hike rates!