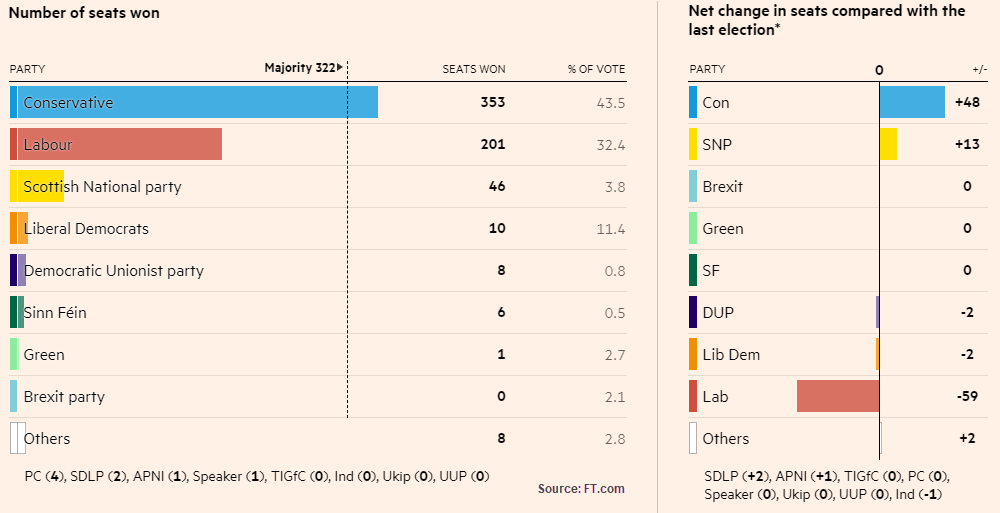 Having pencilled in 368 seats for a majority Conservative Government (compared with 191 for Labour) it was the most bullish scenario out of the four outlined by Ken Odeluga. At the time of writing, the Conservative Party has gained 25 seats, the DUP has gained 11 whilst Labour lost 62 seats in what was dubbed a bloodshed and massacre for Labour by some pundits.

Corbyn to resign:
He’s effectively resigned by promising not to lead the party in any future election campaign. Speaking of time for reflection he’s clearly opened the door to resign, although he could decide to stay with the Labour party if the party lets him. Still, there were calls for his resignation from fellow constituency leaders on live TV, before final result were in. So, we’ll just wait to see how see how ‘reflection time’ goes with his party. (Spoiler – his future is not looking too bright…)

Moving Forward:
Ultimately a cloud has been lifted and the government can now focus on getting their Brexit deal through. Just after the exit polls were announced, reports surfaced that we can expect a mini cabinet reshuffle tomorrow. More importantly, Johnson plans to push his Brexit deal through parliament next Friday which means the transitional phase for Brexit is likely to happen by 31st January. If for some bizarre reason they don’t, Nigel Farage has threatened to “throw his hat back into the ring” if the UK is still “in crisis” in six months.

Whilst today is a huge victory for the Conservative Party and of course Brexiteers, there’s still no guarantee a deal will be reached with the EU by the end of 2020. This means next year could be just as volatile for the pound, and we could see a reversal of GBP fortunes if it looks like a deal will not materialise.

Scottish Referendum 2.0?
Upon seeing the exit polls, the former SNP Westminster Leader called it as ‘inevitable’ that a second referendum will take place. Scotland’s First Minister Nicola Sturgeon says that, whilst she respects Boris Johnson has a mandate to take England our of the EU, he doesn’t have one to remove Scotland from it. Yet a second referendum for Scottish independence is a thorny issue to say the least, and one which Johnson is not likely to be on board with. Whilst it appears unlikely at this stage, we doubt this topic will simply disappear. Especially when / if UK leaves the EU. Sterling Bears scorched:
As of last week, traders were net-short GBP by -30.1k contracts. We won’t get to see how many of these shorts were burned until next Friday’s COT report, but we’d say it was a fair few (if not all of them) judging from the widespread GBP strength. So, we could well see GBP traders net-long for the first time since April in due course, particularly if a swift and amicable Brexit appears to be on the cards. Ultimately short covering adds fuel to the fire, as will fresh longs being initiated. 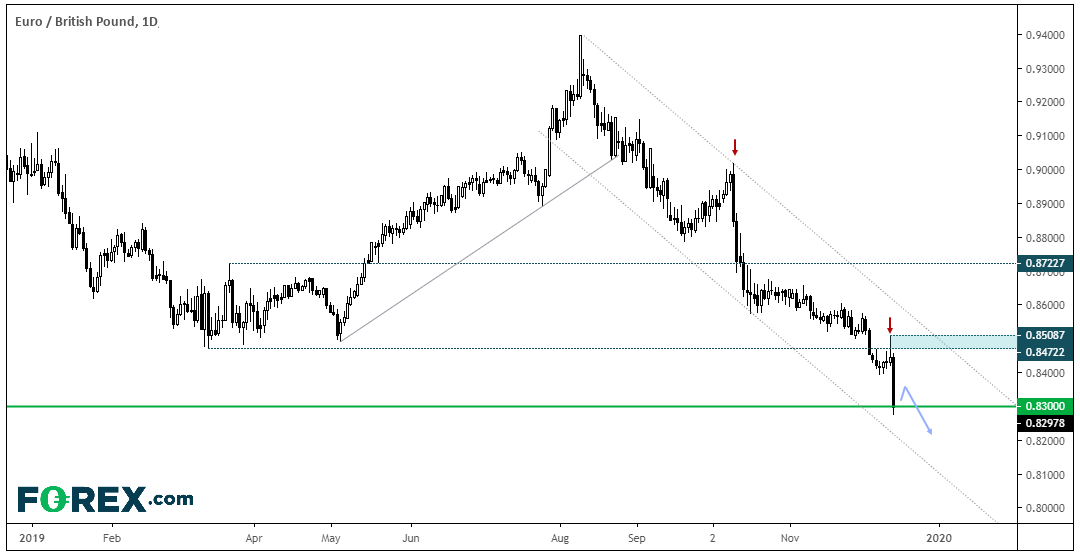 EUR/GBP Pauses at 0.8300: Finding support around the December 2016 lows, it’s a clear line in the sand over the near-term. Given the extended nature of today’s bearish bar we could expect a technical bounce., although we doubt it will come close to the 0.8500 swing high. Besides, timing wise it appears a significant high has occurred around 0.8500, so we envisage fresh lows in due course. 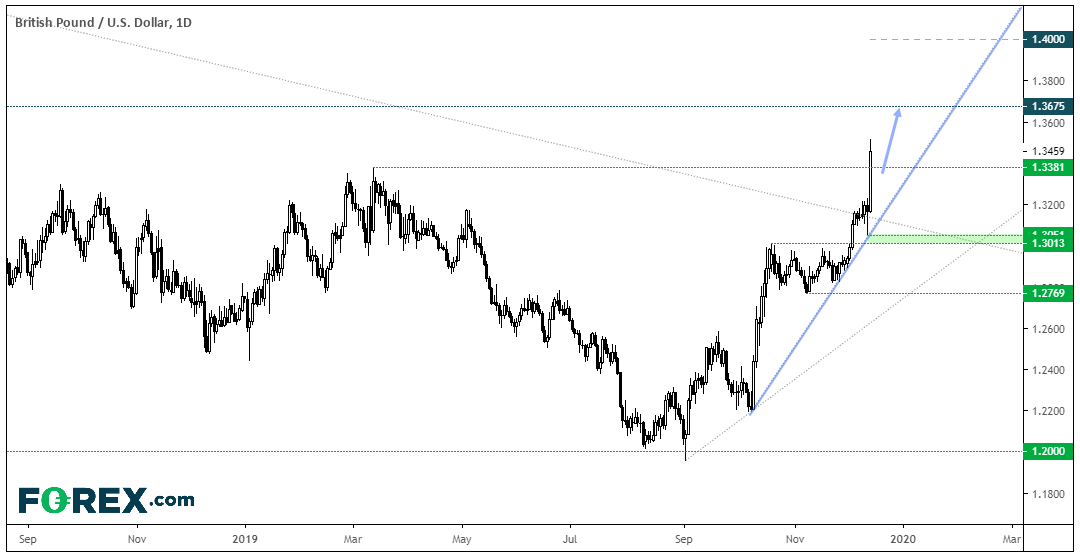 GBP/USD broken through the 2019 high like butter, and there are no obvious signs if a top just yet. Clearly not a force to be reckoned with, momentum points higher although bulls would be prudent to seek a lower volatility entrance. A pullback to the 1.3380 high and / or the bullish trendline may provide such an opportunity, and bulls could seek targets around 1.3675 and 1.4000.

Related Analysis:
UK ELECTION 2019: The Four Key Scenarios
It's A Double Whammy For Risk Appetite On Trade And UK Elections