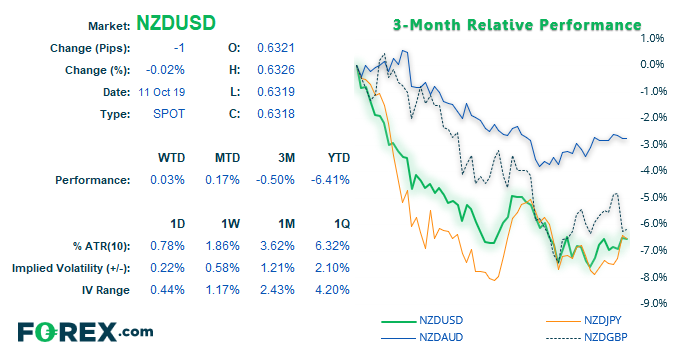 Optimism surrounding trade talks and Brexit has weighed on the dollar, providing a reprieve for some arguably oversold commodity currencies.

As noted by my colleague Fawad Razaqzada, AUD/USD is on the cusp of printing a bullish hammer on the weekly chart, helped by improved trade sentiment and less demand for the US dollar. However, it’s also had a positive effect on commodity currencies NZD and CAD, with the Kiwi dollar close to confirming a bullish reversal pattern, despite printing weak electronic retail sales and a third month of contracting manufacturing PMI. Of course, if data is to improve alongside US-China trade relations, we’d expect further upside. Whilst we remain hesitant to suggest a trade deal is close, we see the potential reversal on NZD/USD as a corrective move as opposed t a full trend reversal. 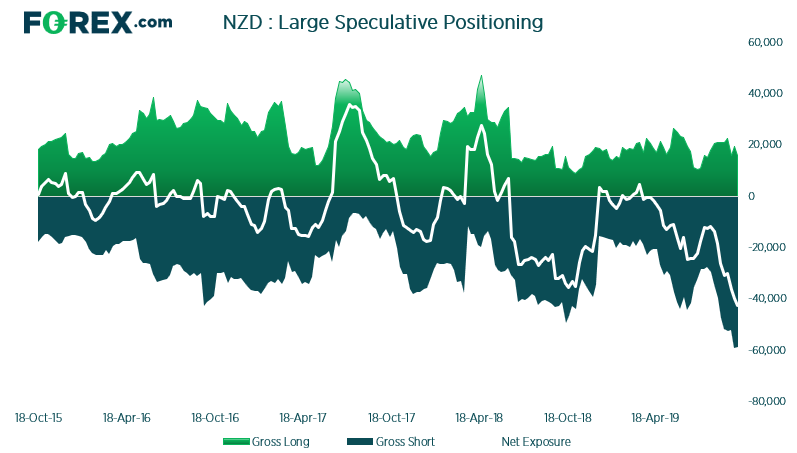 On the 30th of September we noted the potential for a reversal on NZD/USD, due to extreme market positioning. “NZD is at high risk of a sentiment extreme so could be vulnerable to a bullish rally if economic data allows. With many kiwi crosses looking overstretched to the downside, we’ll be keeping a close eye on the potential for bases to form”. With gross-short ant net-short poisoning sat at fresh record highs and the 3-year Z-score at -3.8, the odds of bearish capitulation has only increased. So we’re watching price action very closely as it could be on the cusp of confirming a bullish reversal pattern. 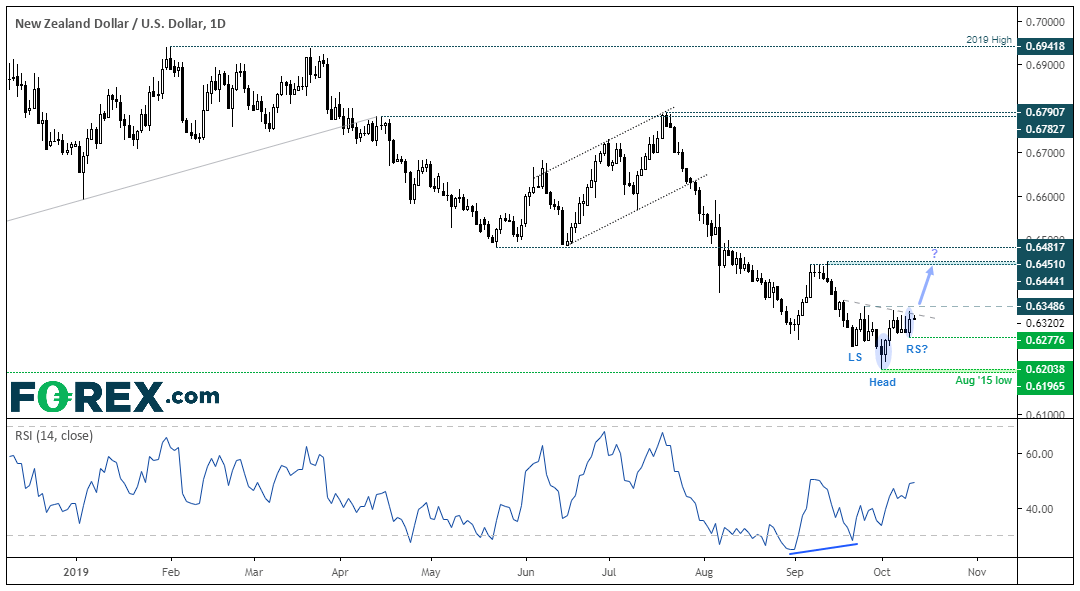 On the 1st of October, NZD/USD found itself at a 4-year low. Yet it’s failure to test the August 2015 low produced a spinning top doji just above key support, and the subsequent bullish engulfing candle provided a two-bear reversal pattern. Not only did this coincide with a bullish divergence with the RSI, but the -bar reversal pattern could be the ‘head’ of an inverted head and shoulders pattern. Yesterday’s bullish engulfing candle suggests the right shoulder (RS) is being formed so, if we’re to see a break above the neckline, we’d assume the bullish reversal pattern to be confirmed.

Related analysis:
AUD/USD in focus amid US-China trade talks and ahead of US CPI
GBP Higher as Brexit Rules
Market Brief: Optimism Over Potential Brexit and US-China Deals Rules the Day