US equity index futures are trading just off yesterday’s lows, after another slump in consumer confidence weighed on sentiment. The US Conference Board’s consumer confidence fell to a 14-month low and expectations are at their lowest in nine years. This means it is now closing the gap with the university of Michigan survey, which sank to a record low (and an index we warned about back in November).

The ASX was dragged lower with Wall Street following (another) poor consumer confidence report from the States. But the ASX also faced resistance around the January low, so technical factors also came into play.

Rising interest rates haven’t dented Australia’s appetite for department stores and café’s, the two largest contributor to May’s better-than-expected retail sales. Ultimately the labour market remains strong, and as many Australian’s haven’t endured a ‘true recession’ (without government handouts) it plausible to believe there is some complacency with RBA’s rates still relatively low.

The US dollar looks set for another bout of strength. GBP/USD fell to a 3-day low and appears set to break beneath 1.2160, USD/JPY is back above 136 after rising to a 4-day high yesterday and momentum has turned lower on EUR/USD.

A regional CPI print for Germany came in soft (more to follow?) 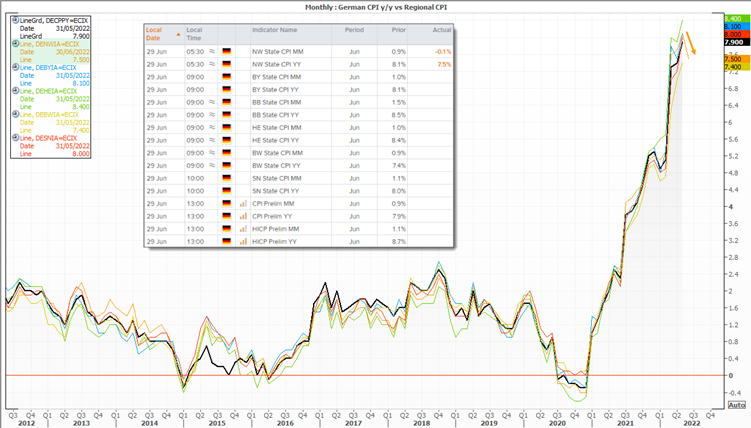 Regional inflation data for Germany is released at 09:00 BST, which could provide a sneak-peek at inflationary pressures for the broader eurozone. We have already seen the first one fall to -0.1% form 0.9% m/m and 7.5% from 8.1% y/y, so more prints like this we may see it weigh on the euro. Headline inflation for Germany is then released at 13:00 BST. 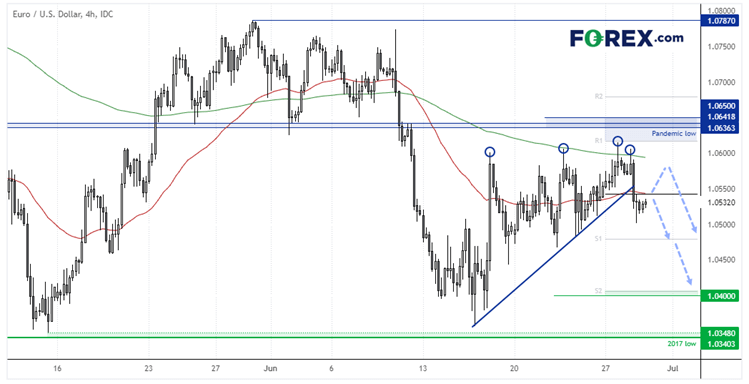 We have been seeking a shorting opportunity on EUR/USD and the market appears to have tipped its hand. Price action has been corrective of late, and it failed to reach the resistance zone around the pandemic low. There were also four failed attempts to hold above 1.0600 and the 200-bar EMA (on the 4-hour chart) capped as resistance near the corrective high. Momentum has since turned lower which suggests the correction from the June low is complete.

Prices remained tucked under the weekly pivot point and 50-bar EMA overnight, so we’re on guard for direct losses from current levels and for bears to target the weekly S1 and S2 pivot levels. Should we see an initial break above the weekly pivot point then we’d reconsider shorts below 1.0565. In some ways this is preferable as it increases the potential reward to risk ratio. 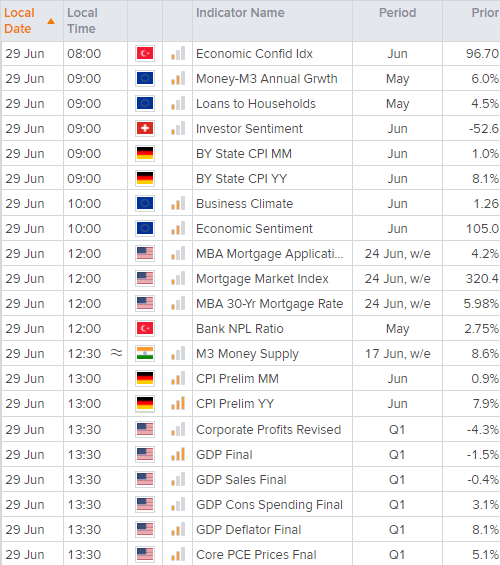