From a geopolitical perspective, this week’s biggest event is the planned signing of the Phase One” trade deal between the US and China, scheduled for Wednesday’s US session.

The market has cheered the recent progress toward an initial deal, especially as it deterred further tariffs between the two countries, but readers would be wise to remember that the majority of the imposed tariffs remain in place. And, as Bloomberg reported earlier today, those tariffs are likely to stay in place until after the US presidential election in November as the US evaluates China’s compliance with the agreement. US Trade Representative Lighthizer and Treasury Secretary Mnuchin made this explicit, noting that “[t]here are no other oral or written agreements between the U.S. and China on these matters, and there is no agreement for future reduction in tariffs.”

In other words, trade policy is still a “brake” on global growth, albeit one that is no longer being pressed as hard.

The headlines reminded traders how far apart the US and China are from a comprehensive agreement, erasing the morning gains in US stock indices. In the FX market, the USD/CNH exchange rate has been a key barometer of health of the US-China relationship, and it recently fell to its lowest level since mid-July, signaling general optimism: 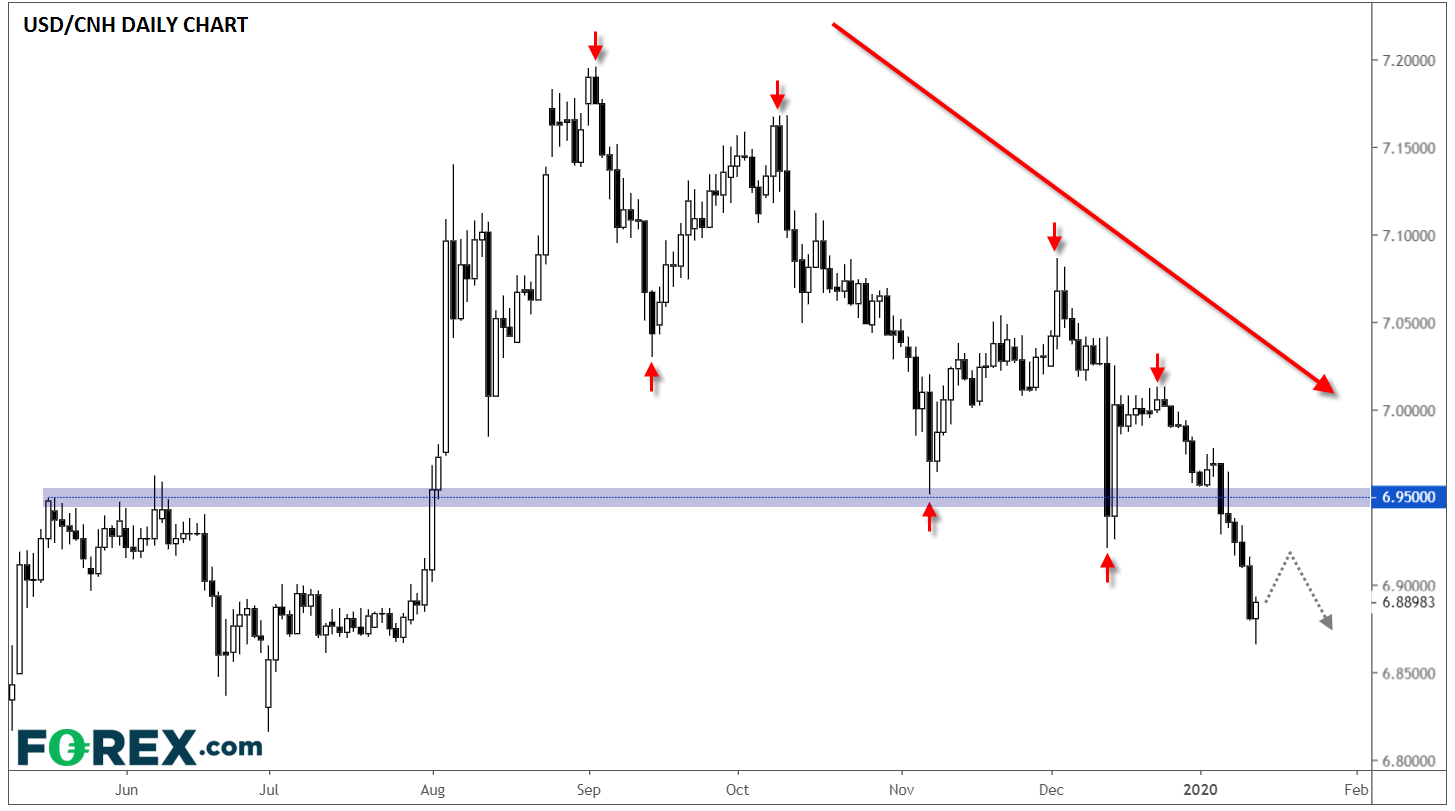 While rates are ticking higher after today’s headlines, the pair remains in a textbook downtrend, with a clear string of lower lows and lower highs since the early September peak near 7.20. Therefore, if we see a “buy the rumor, sell the fact” trade in the yuan on the signing of the trade deal, traders may favor selling bounces back toward the key 6.95 level later this week. Alternatively, a move all the way back above 7.00 would suggest that the situation is re-escalating and shift the bias in favor of the bulls.