The BOJ announced emergency bond-buying operations after the yield on their 10-year government bond traded above 0.25% for a second consecutive day and USD/JPY came close to breaking above ¥150. It seems almost inevitable that USD/JPY will break, but the question is what will happen when it does. Not only could it entice further stern ‘words’ from MOF or BOJ officials, but it could also invoke volatility as options at 150 get defended and traders either try to fade the move or book a quick profit.

Perhaps not surprisingly, put demand for USD/JPY overnight options (downside protection) has risen to a 2-week high and implied volatility is now at a 1-week high.

It’s been another tough week for gold bulls, but we’re fast approaching key lows which I’d expect to provide some relief – at least initially - such as the September low at 1614.92 and of course that big round 1600 level. That still leaves the potential for some downside to appease the bears, although reward to risk also needs to be considered depending on the timeframe chosen.

But we’ve also seen managed funds and large speculators reduce short exposure these past two weeks, so they’re obviously getting a bit nervous at these lows despite the rising yields and the dollar – market don’t move in a straight line, after all. A break below 1600 could see them return to the table. 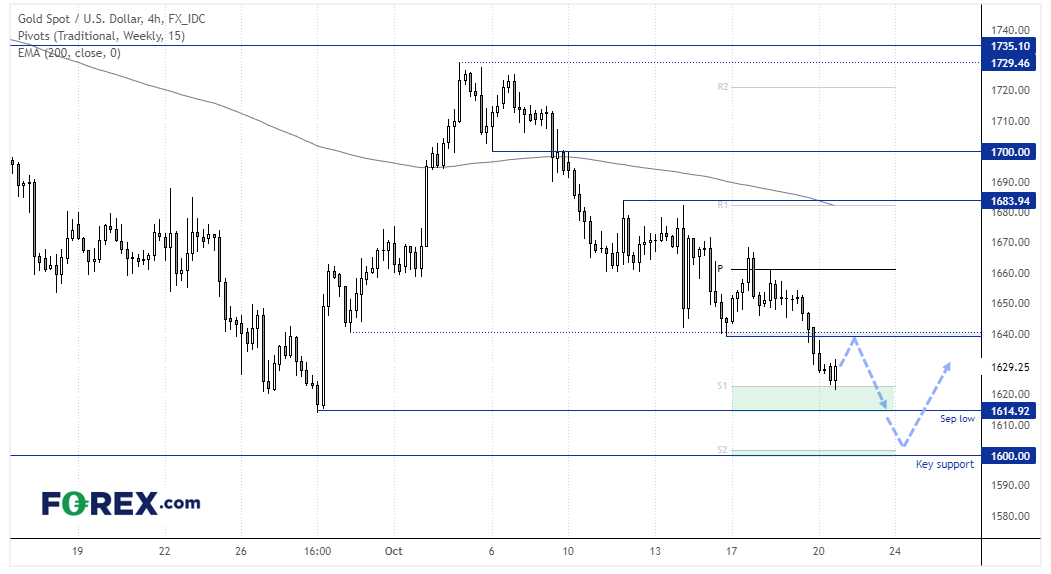 Support has been found at the weekly S1 pivot and the H4 candle is on track for a bullish engulfing candle, If prices bounce, we’d look for evidence of a swing high below 1640, with the next support level for bears to target likely being around the September low. A break beneath which brings 1600 into focus, which would come as a surprise if prices didn’t bounce from that level due to its significance. 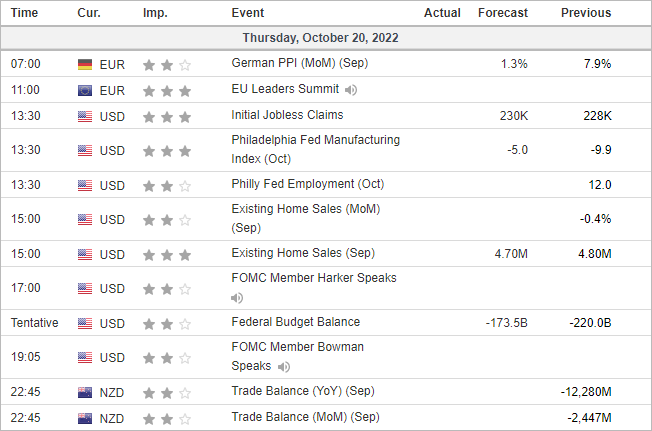